While both the phones are budget-oriented and pack dual-cameras, the K5 is the more powerful variant as compared to the K5 Play (Lenovo K5 Lite).

Having shown fans a glimpse of the K5 and K5 Lite smartphones in China alongside the launch of the Lenovo S5 earlier this month, Lenovo seems to have finally revealed the specifications of its K5 series phones. 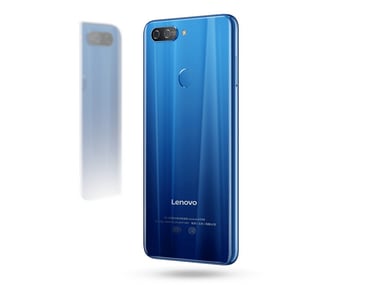 The camera module on the Lenovo K5. Image: Lenovo China

As per a report by GSMArena, the Lenovo K5 and K5 Play (earlier referred to as K5 Lite) have finally turned up on the Lenovo China website, revealing its specifications. While both the phones are budget-oriented, the K5 is the more powerful variant as compared to the K5 Play. The highlight of both the phones is that they both pack a dual rear-camera setup.

In terms of specifications, the Lenovo K5 packs a 5.7-inch LCD HD+ panel and is powered by a 1.5 GHz MediaTek MT6750 SoC. It also gets 3 GB of RAM and 32 GB of onboard storage. Storage is further expandable via a microSD card. The cheaper Lenovo K5 Play also sports a similar 5.7-inch display but is powered by a Qualcomm Snapdragon 430 SoC, while being offered in two RAM variants — 2 GB RAM with 16 GB of storage and 3 GB RAM with 32 GB storage. Storage here is expandable via a microSD card as well. There is one surprise with the K5 Play and that is the fact that it runs on ZUI 3.7, based on Android Oreo, as compared to the regular Lenovo K5 which gets ZUI 3.1 which is based on the older Android Nougat.

The dual-camera setup on the K5 Play comprises of a 13 MP primary f/2.2 sensor and a secondary 2 MP f/2.4 sensor. The front-facing camera unit and the battery capacity here remains the same as the K5.

The Lenovo K5 Play will sell for CNY 699 (approximately Rs 7,200) and will be available in Black, Blue and Gold colour options.

Lenovo launches the S5, K5 and K5 Lite smartphones in China, the first of which has a dual camera on the rear

Lenovo K5 Note to launch in India on 20 July: Isn't it a bit too late?