The phone sports an iPhone X-like unibrow with two camera lenses on both the ends of the notch.

Google’s hardware event is nearly a month away and leaks about the upcoming Pixel 3 and Pixel 3XL are pouring in; and why not, after all, many were left impressed with the Pixel 2 and Pixel 2XL.

So the recently leaked images of the Pixel 3 XL that were first reported by MobileSyrup show the phone with an iPhone X-like unibrow with two camera lenses on both ends of the notch. The earpiece speaker resides between the two lenses. 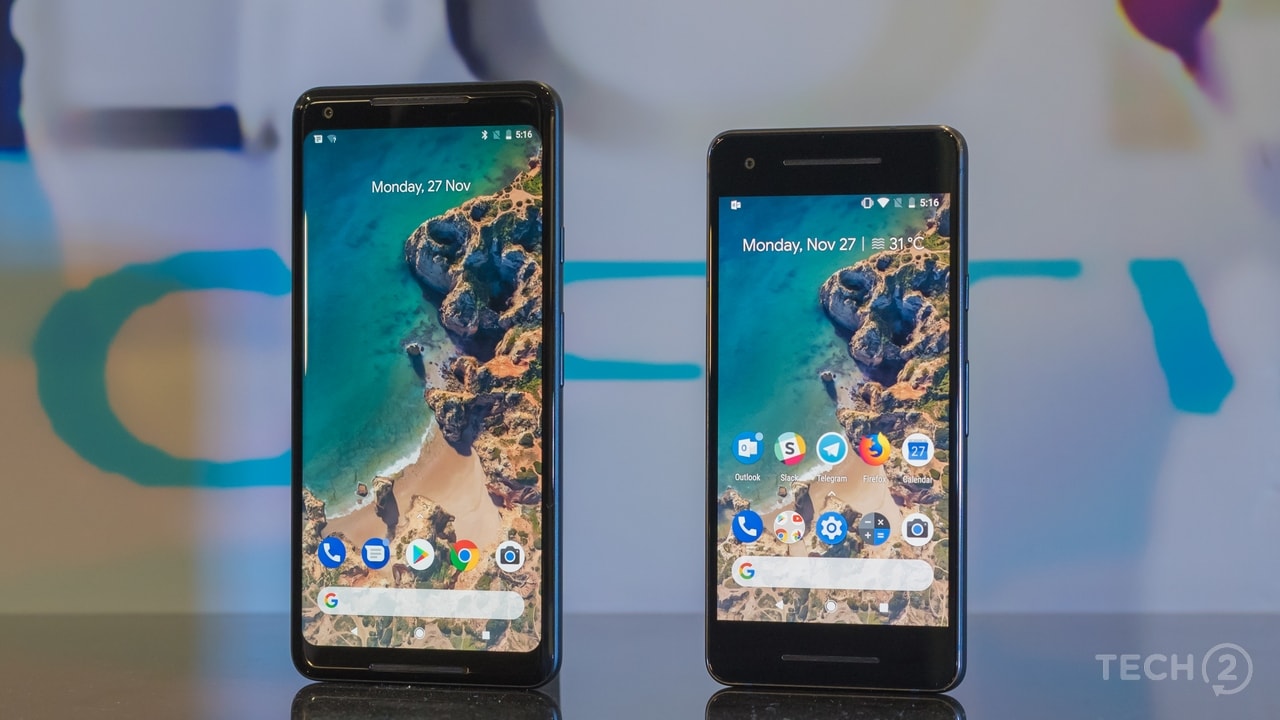 The Pixel 2 XL's display is bigger, but certainly not better than the Pixel 2.

Since this is the first time that Pixel smartphones will sport a notch, we are hoping that it will have the option to hide the notch, just like you can on other notch-sporting phones.

If you look closely on the display screen, the phone has in-display controls, followed by an elongated black strip below it. It looks like that the Pixel 3 XL will sport a narrow chin similar to that on the Pixel 2 XL. At the rear, the device will most likely have a single camera setup, though, in the leaked image, the user’s hand is covering most of the rear of the phone. Therefore, we are not certain if it sports a fingerprint sensor behind the phone. Google is expected to be working on a Face ID like facial recognition system, and maybe that's why the front camera has two notches.

A 9to5Google report speculates that the images may have been taken in Canada and we are not surprised. An earlier report said that Google had reached out to social media influencers from Canada for making content for the Pixel 3 and Pixel 3 XL devices.