There isn't surety of whether these images are revealing the true design of the new Asus phones.

Asus had launched a number of phones in India last year, covering the most budget-friendly smartphones to high-end flagship offerings. Among these, Asus had launched the Zenfone 5Z last year which was powered by the Snapdragon 845 SoC and retailed at Rs 29,999.

The leaked images by Slashleaks showcase both devices along with their respective boxes. 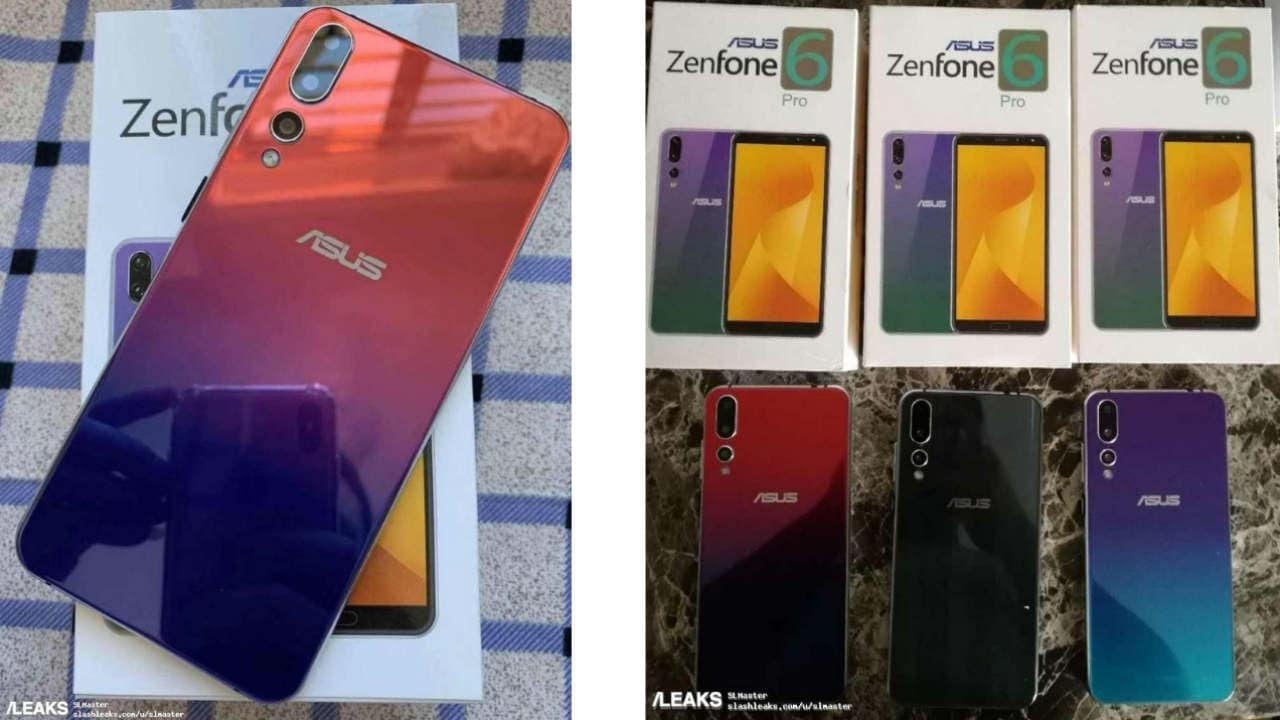 As per the report by 91mobiles as well as Slashleaks, the phone on the left side is considered to be as the Asus Zenfone 6.

The phone shows a vertically aligned triple camera setup on the back with a flash. The glass back showcases a red gradient finish.

The photo on the box may or may not be of the alleged phone i.e Asus Zenfone 6, but it does show a phone with a chubby bezel at the bottom with a fingerprint reader.

As for the rumoured Asus Zenfone 6 Pro, which is the photo on the right side, the front of the phone can be seen on the box which seems to have the fingerprint sensor at the bottom bezel. The side bezels are slim, but the top and the bottom bezels are chubbier.

Also, the alleged Asus Zenfone 6 Pro might flaunt a glass back with a gradient finish in a similar red colour in which the Asus Zenfone 6 was spotted. There seem to be two other colour variants as well namely in black and purple shades.

The number of camera sensors on the top bezel cannot be seen clearly.

Also, the rumoured Asus Zenfone 6 Pro seems to hold on to the traditional look of the smartphones.

As per previous rumours about the Asus Zenfone 6, the phone might come with an in-display camera and a triple rear-camera setup.

The phone was also said to sport a hole-punch display.

Since these are some fresh new leaks of some brand new devices from Asus, we request you to take the above information with a pinch of salt.

Oppo Find X3 is expected to be powered by Snapdragon 870 chipset: Report