ISRO plans to increase the number of flights per year to about 20 from the current 8-10 launches every year.

ISRO is planning to outsource a portion of its satellite launches by using rockets built by private industries in the country.

ISRO Chairman AS Kiran Kumar told the Times of India, that "the target for such a launch vehicle is 2020-21." ISRO is planning to set up a joint venture with a consortium of Indian companies to manufacture rockets for the space agency. So far, ISRO has been manufacturing its own rockets, including the Polar Satellite Launch Vehicle (PSLV), known as ISRO's "workhorse" rocket. 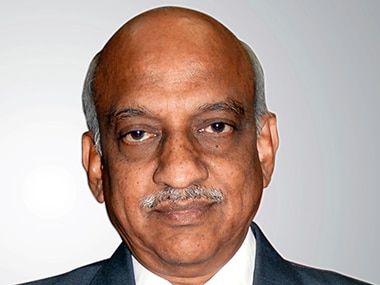 ISRO plans to increase the number of flights per year to about 20 from the current 8-10 launches every year. ISRO has plans for its next launch in December, probably with a remote sensing satellite launch.

The space agency will be launching a rocket after a gap of four months, following the ill-fated PSLV-C39 mission which failed to deploy the IRNSS-1H satellite, after the heat shield failed to separate at the last moment. If the flight had been successful, ISRO would have launched the first satellite to be manufactured in collaboration with private industries.

ISRO has to increase its launch capacity to meet increasing demand, and there is a supply problem when it comes to the manufacturing of satellites and launch vehicles.

In February this year, Dr Jitendra Singh, Union Minister of State (Independent Charge) Development of North-Eastern Region (DoNER), MoS PMO, Personnel, Public Grievances & Pensions, Atomic Energy and Space had indicated in a letter written to the Rajya Sabha that ISRO was looking to partner with private industries to manufacture rockets and satellites.

ISRO plans to achieve this through the transfer of technologies to the private industries, and through hand holding. The private partners will assist ISRO in the manufacture of rocket engines, stages of rockets, propellant tanks, spacecraft, solar panels, thermal control systems and the electronics packages required for satellites and launch vehicles. ISRO has sufficient capacity for l conducting spaceflights but is planning a third launch pad to boost the capacity at its launch complex at the Satish Dhawan Space Centre in Sriharikota.