Internet and text messaging services were suspended by government order in parts of India's capital Delhi on Thursday, mobile carriers said, widening a communications clampdown in restive areas stretching from disputed Kashmir to the northeast.

The outage affecting services provided by Vodafone Idea and Bharti Airtel resumed around 1 pm (0730 GMT) after a four-hour outage, they said.

The unprecedented shutdown came as hundreds of people tried to hold more rallies in protest at a new citizenship law seen as discriminating against Muslims, in defiance of a police ban on large gatherings. 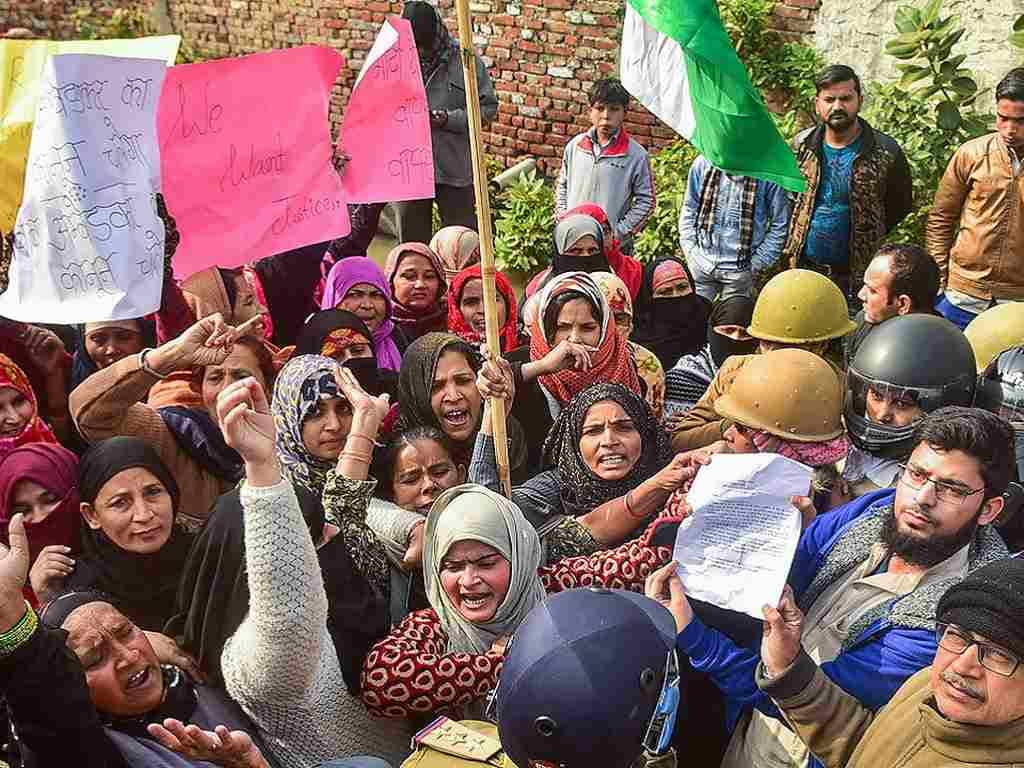 For a graphic on Internet Shutdowns in India: 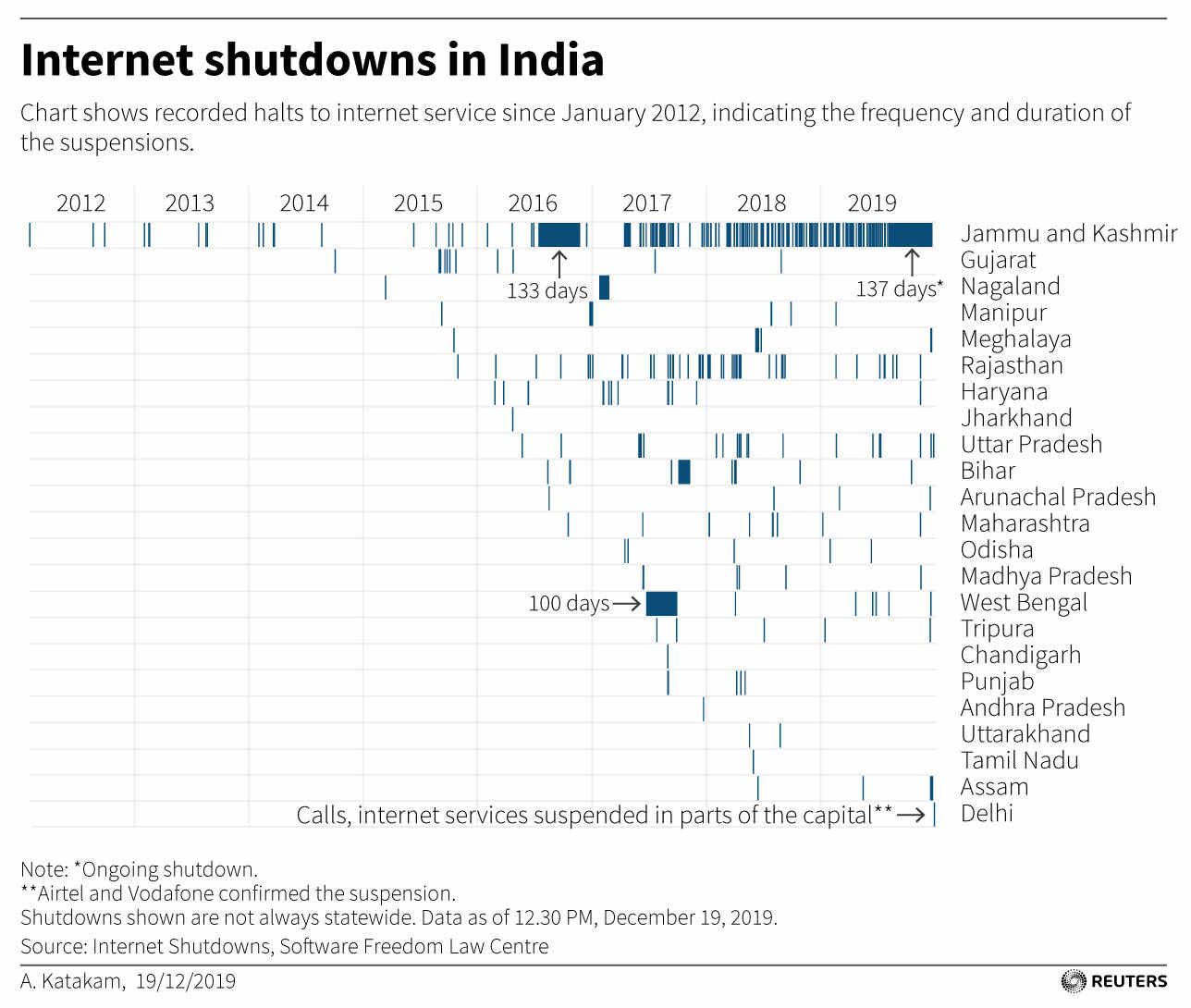 SMS services had also been suspended, the firm separately told another Twitter user.

State radio said Jio Infocomm controlled by billionaire Mukesh Ambani had also been asked to restrict services in certain parts of Delhi because of the ongoing protests.

One important reason for the shutdown is that protesters, many of them students, have used social media such as Instagram and TikTok to wage an online war against the citizenship law.

Prashant Bhushan, a lawyer and civic rights activist, said the government was trying to stop people gathering by disrupting mobile services. "Shame that this government is scared of its own people!" he said.

The government has frequently used Internet shutdowns as a tool to control protests in troubled parts of India including Kashmir where the internet has been unavailable to most of the population for more than 130 days now, the longest outage in a democracy, a digital rights group said.

"How can this be constitutional to pre-emptively shut down the Internet?" said Raman Jit Singh Chima, a lawyer and Asia policy director at Access Now.

Internet services also remained shut in the northeastern state of Assam where protests against the citizenship law first erupted more than a week ago.

The internet service has not been fully restored in parts of the country yet. People report of this issue on Twitter:

Hi! As per the directive received from the Government, data services are stopped at few locations. As a result of this, you are not able to use the data services - Sara

Airtel mobile internet appears to be blocked for us here in Greater Noida (West).

@JioCare why internet services have been stopped in Chikmagalur dist of Karnataka(KA)? As per the Govt. shutdown is enforced only across DK dist of KA. BSNL internet is functional. @TRAI please clarify on this immediately. How can be the shutdown of service limited only to Jio??!

Internet still suspended in many parts of East Delhi. #InternetShutdown