Huawei's Honor Play which is set to launch on 6 June, might have the company's custom OS based on Linux. Honor 9i will also be launched on the same day.

Honor is set to launch the Honor Play, at an event in China, on 6 June. We do not know if it will be launched globally, just like the Honor 10 had its global launch in London after the China launch. But it looks like this might be the first Honor device with a non-Android OS. GizChina reported that they had obtained a couple of images that indicate that there will be a custom OS by Huawei running on the device. It will be called Kirin OS and it will be Linux-based.

Honor has claimed that it is bringing 'breakthrough technology' to its Honor Play which is expected to have AI capabilities. When talking about Honor Play’s innovation, Huawei’s chairman used the metaphor “flying in the sky” to illustrate the speed of the phone. This could be a probable hint about the new OS.

We cannot comment on the credibility of the images though. Whether it's true or not, we will soon find out, as the phone will launch on 6 June.

According to a post on Weibo, along with Honor Play, the Chinese smartphone maker will also launch the Honor 9i at the Beijing University Gymnasium. 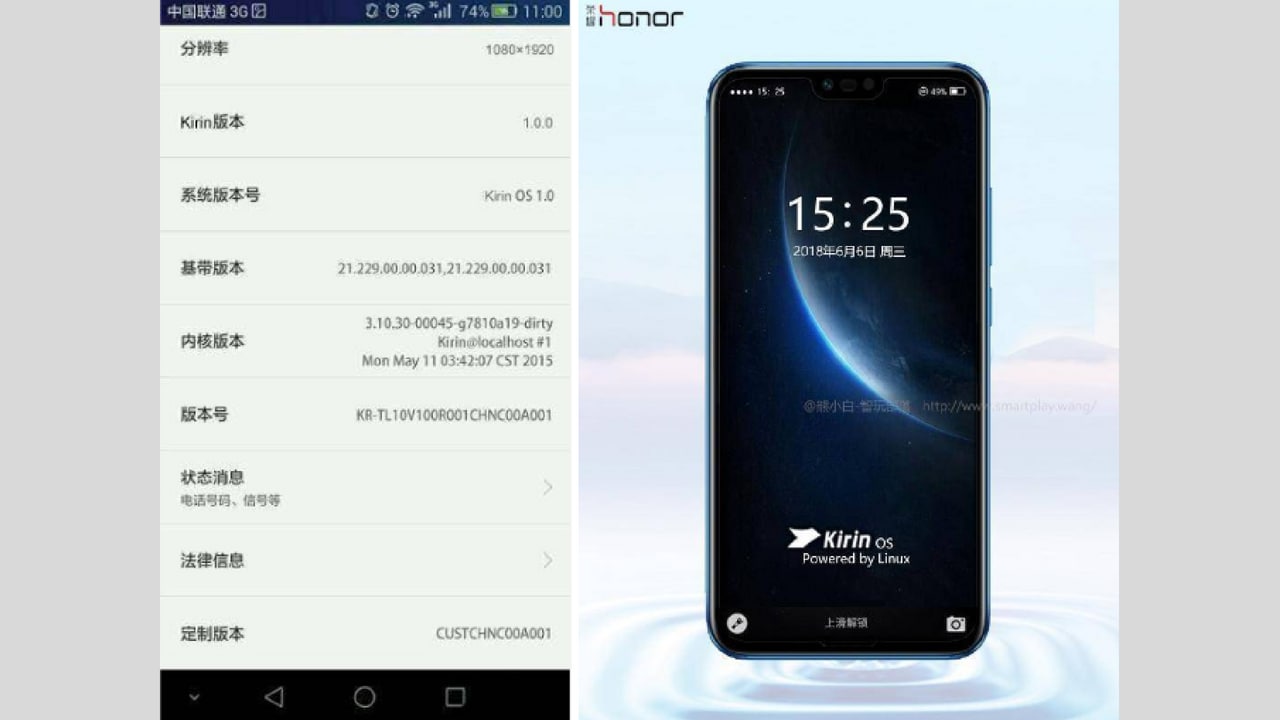 This is not the first time we are hearing about this. The Chinese smartphone maker has been working on its own proprietary Operating System (OS) since 2012 after a US investigation into the company, South China Morning Post had earlier reported.