It seems the Chinese microblogging site Weibo has become the most sought host for Chinese OEMs flagship teaser posts lately. The newly launched Xiaomi Mi 9 had been subject to several teasers prior to its official debut and now consumer tech company Huawei has taken to the platform to reveal details about its flagship P30 series. The Chinese handset maker just recently confirmed that Huawei P30 lineup, successor to the P20 series will officially debut next month in Paris. While the teaser emphasized on the new smartphone series camera’s zoom, Huawei’s consumer business group CEO has now revealed that the P30 Pro could quip four camera array on the rear side.

A watermarked photograph of the moon supposedly clicked with the Huawei P30 Pro was shared by Richard Yu on Weibo. The photo, first spotted by GSMArena, revealed a few details of the phone it was shot on. The watermark on the photo although poorly blurred, explicitly showed ‘Pro’ and 'Leica Quad Camera.'

Huawei previously implemented a rear telephoto lens on its triple camera P20 Pro phone, but while the company is expected to give a similar treatment on the P30 Pro, the functionality of the fourth camera sensor remains a mystery. 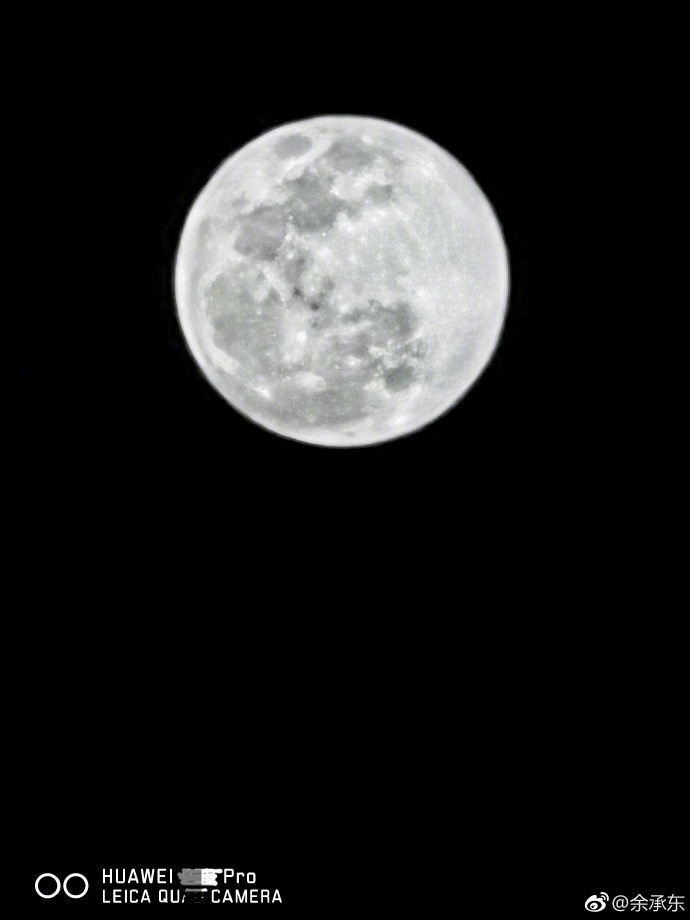 Rumours earlier suggested that Huawei P30 Pro might include periscope-style rear imaging hardware to assist lossless optical zoom. A few days ago, renders of the purported P30 Pro showed off the arrangement of the quad camera array. The Leica-branded triple camera lenses were stacked vertically at the top left corner with a fourth lens placed on the right side.

While Huawei P30 Pro is seemingly confirmed to have a quad camera setup, it won’t be the first phone to offer four camera sensors. Samsung last year brought mid premium smartphone Galaxy A9 2018 Edition with four camera array. HMD Global is likely planning to take a step ahead with its upcoming Nokia flagship phone, the Nokia 9 PureView. Rumours heavily suggest that the new Nokia smartphone could include a penta-lenses aka five camera sensors at the back.

Specification details of the P30 Pro haven’t been revealed yet, however, the rumour mill is expected to share information ahead of the upcoming P30 series launch. Huawei P30 series will mark its debut in Paris on 26 March.

Huawei P20 Pro with triple cameras, 3X optical zoom to be launched in India on 24 April