Huawei Nova 4 is also expected to be equipped with 6 GB RAM and 128 GB of internal storage.

Just a few days ago Huawei released a poster which showed the Nova 4 to come with an Infinity-O-like display, similar to the one which will make an appearance on the Galaxy A8.

Another source also mentioned that the Nova 4 would be released sometime in December. But the exact release date was not known.

Now another poster has popped up on Weibo revealing the phone to launch on 17 December.

In the poster, one can see an unreleased Huawei device with a hole punched into the top left corner of the display. As per reports, the cutout in the display is expected to contain the front-facing camera, a new trend that many smartphone manufacturers are expected to follow this year and through 2019. 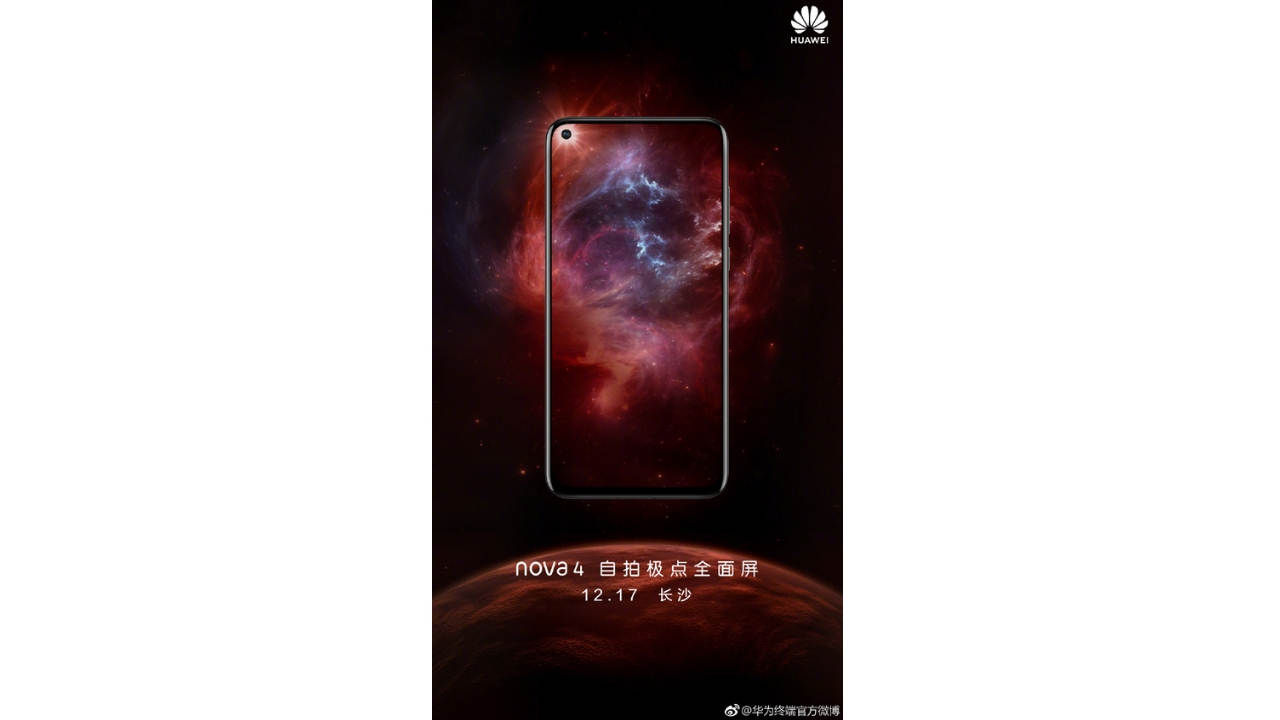 The poster image also shows the phone to have a high screen-to-body ratio with very thin bezels at the top, left and right edges. The bezel around the bottom appears thicker.

According to the report in Gizmo China, the device is expected to be powered by an octa-core Kirin 980 SoC, manufactured using 7 nm process which apart from making it efficient should also help deliver better battery life.

This is the same processor that powers the Huawei Mate 20 Pro and the Honor Magic 2.

As per the source, the phone is expected to be equipped with 6 GB RAM and 128 GB of internal storage.

Just like the Nova 3, the phone might also sport a dual camera set up on the front as well as the back.

The phone might also flaunt an in-display fingerprint sensor as no sensor can be seen on the front and according to the report on the back as well.