Despite skipping on Qualcomm’s 845, the Mate 20 Pro has plenty of other features to boast about.

Huawei’s real innovations remained with the Mate series of devices, which have been sold in European and US markets for long. The ultra-premium smartphones never made it to India, just because Huawei had not established itself in the Indian market just yet.

The Huawei Mate 20 Pro has been launched in India for Rs 69,990. There is an additional offer of getting the Mate 20 Pro for Rs 71,990 which will also get you a Sennheiser headset for free. But now that it’s finally here in India, let’s have a look at what Huawei’s ultra-premium smartphone packs in.

The Huawei Mate 20 Pro features a massive 6.39-inch QHD+ flexible OLED display that curves along the sides of the phone. Inside, sits Huawei’s own Kirin 980 SoC that’s built using the 7 nm process and has been paired with 6 GB RAM and 128 GB of internal storage. Huawei also introduced a rather odd solution for expandable storage. The device does not accept regular microSD cards but Huawei’s own NM Cards that will be available in storage options of up to 256 GB.

The Mate 20 Pro’s camera chops include a 40 MP (wide angle lens, f/1.8 aperture) + 20 MP (ultra-wide angle lens, f/2.2 aperture) + an 8 MP (telephoto lens with an f/2.4 aperture). The camera system that has been developed in collaboration with camera lens specialists, Leica, and it provides a wide 16-270 mm focal range and packs in laser autofocus, phase detection autofocus and contrast detection autofocus. The camera system also supports AIS which is Huawei’s AI-based image stabilisation system. The front-facing camera is a large 24 MP unit that also supports 3D Depth Sensing which lets you unlock the Mate 20 Pro securely as compared to other Android devices. 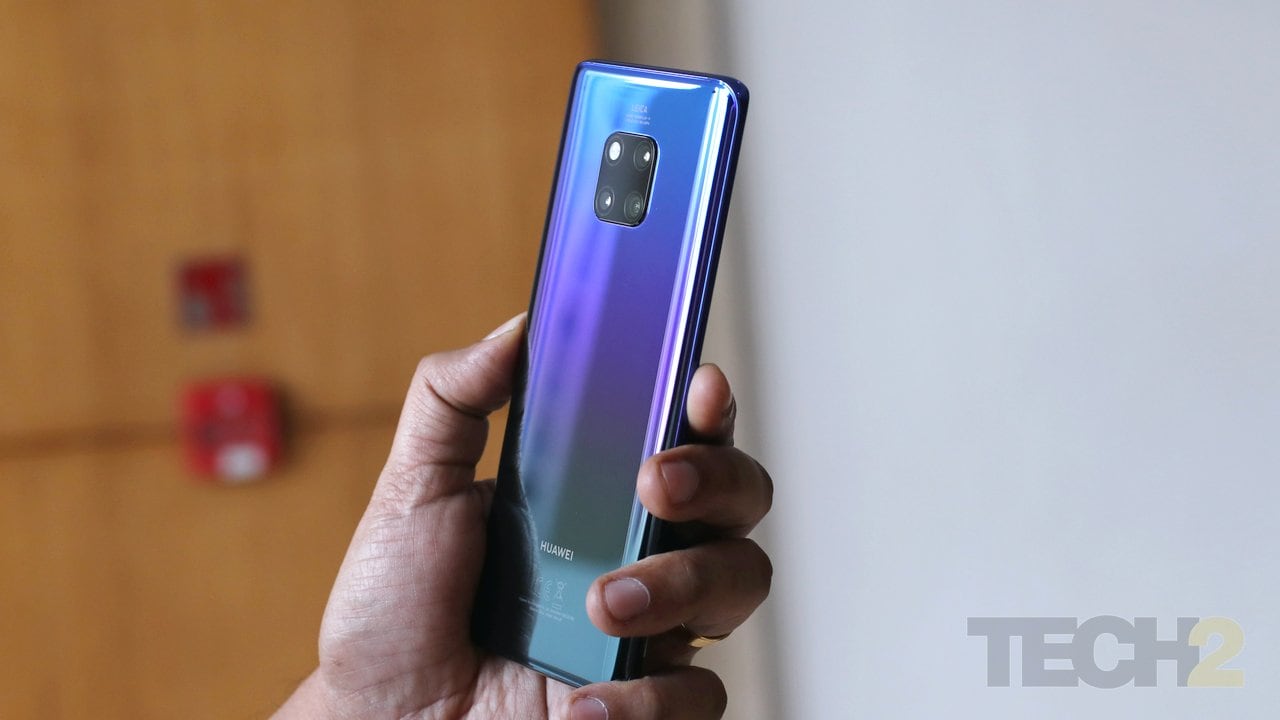 Indeed, it's wise to mention here that Kirin 980 has been built for AI algorithms from the ground up. Thanks to the dual neural processing units (NPUs), the camera is supposed to take advantage of all this extra processing power.

Moving to connectivity options, the Mate 20 Pro packs in everything you can think about and more. There’s dual SIM slots with support for 4G VoLTE, GPS (L1+L5 dual band), Wi-Fi (802.11 a/b/g/n/ac), Bluetooth (v 5.0), NFC and the usual array of sensors including a colour temperature sensor and an in-screen fingerprint reader.

The battery is a massive 4,200 mAh unit and comes with Huawei’s proprietary SuperCharging system.

The Mate 20 Pro is a gorgeous looking device, which kind of reminds me of the Samsung Galaxy S9… that went on a diet. It feels really slim considering that it packs in so many added features not found on other smartphones. It also packs in an IP 68 rating for dust and water resistance. 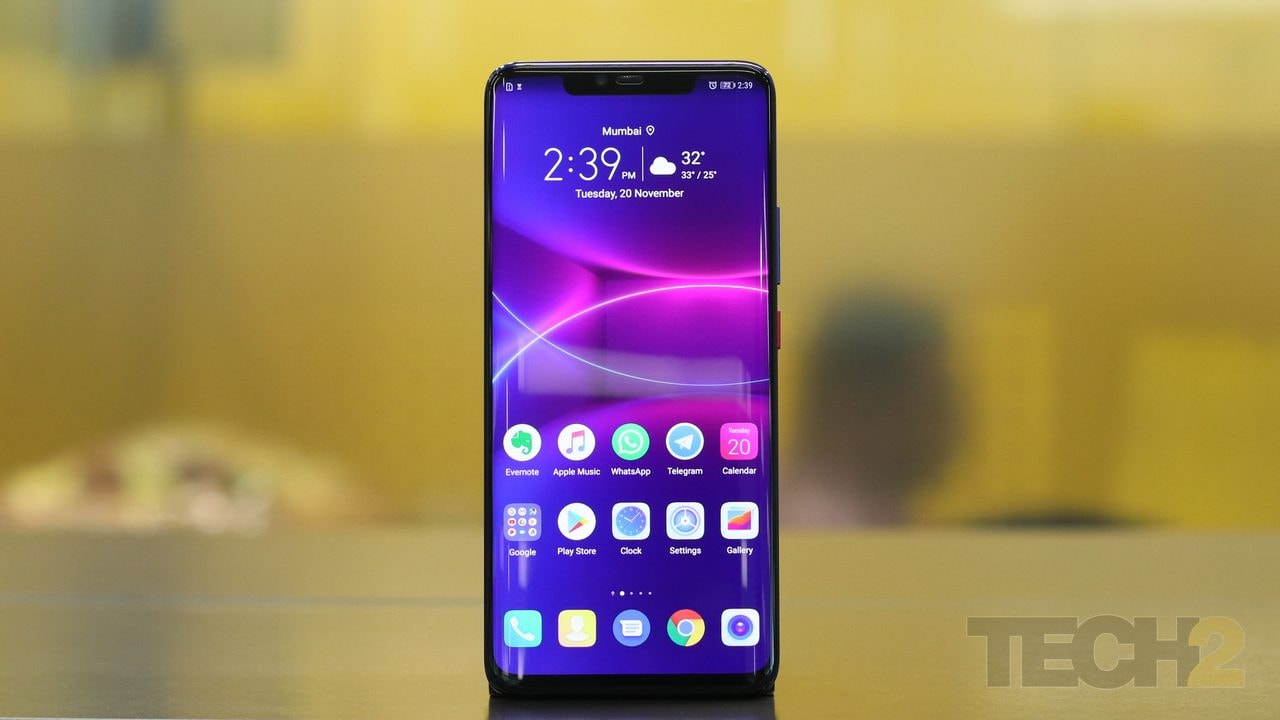 The phone has been introduced in two variants Emerald Green and Twilight Blue. While we loved last year’s P20 Pro, this one takes it a level up by introducing a colour gradient, with the top half showing off a blue colour, the middle a magenta and the bottom half black, while that may sound a bit psychedelic, it looks premium and helps the Mate 20 Pro stand out from the sea of other premium flagships. One thing’s for sure, it beats the boring Google Pixel 3XL when it comes to design.

While the top firing speaker is basically a louder receiver speaker, the bottom firing one is a rather interesting and odd take. The speaker somehow channels audio and air from its USB type-C port, since there is no other cavity or speaker grille at the bottom of the device. I will have to test out whether this idea is a great one or a really bad decision in my full review. If you have hated Huawei and Honor devices for their EMUI skinning, you will have the same feelings for the Mate 20 Pro as well, since not much appears to have changed. EMUI from my initial impressions appears to be fast, on the Mate 20 Pro, but has changed very little when compared to previous flagships. The system does pack in Android 9 Pie, which deserves an applause, so you will also find some new features like Huawei’s version of the Digital Wellbeing app and more. Packing in a 7 nm SoC, the Huawei Mate 20 Pro feels fast and apps open almost instantly without any lag. Huawei seems to have made good use of its new chipset and its heavily optimised software, to enable native app launches that are up to 51 percent faster than past smartphones (as per the brand). I will be putting the device through its paces and some heavy rounds of gaming in the coming days. So watch out for my full review. 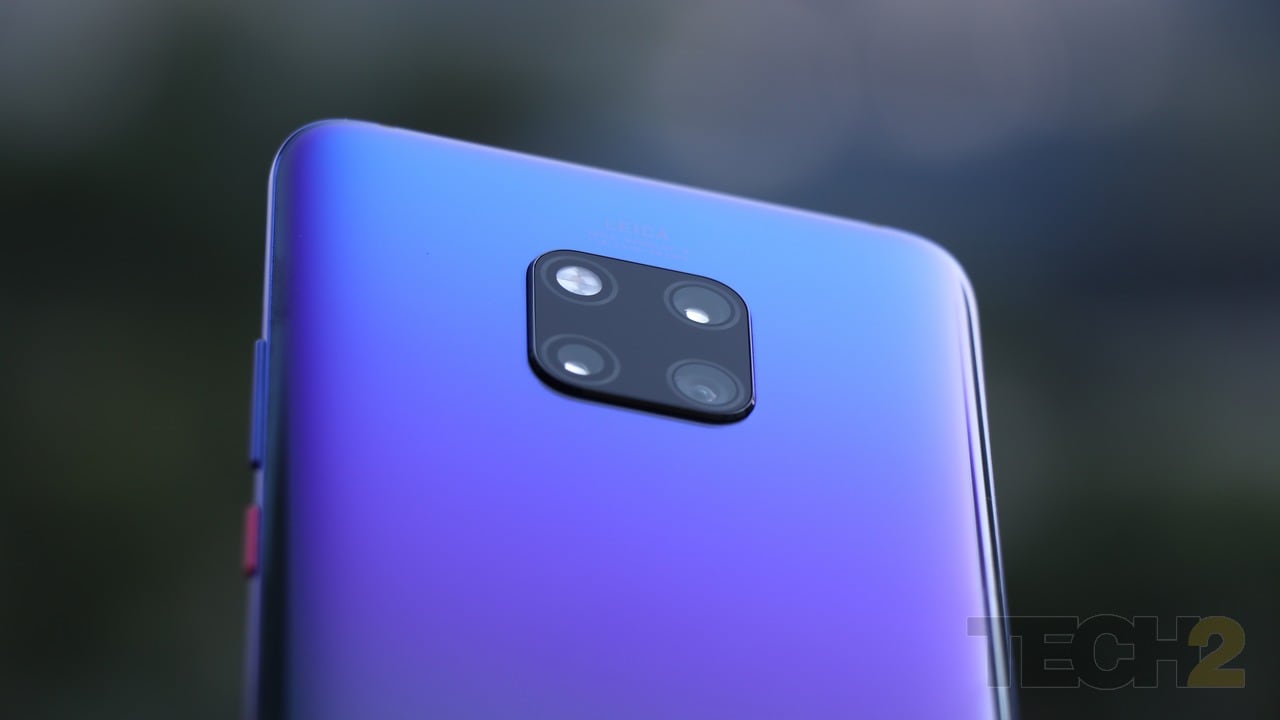 The triple camera system seems to have improved drastically and makes good use of AI and those dual NPUs. I have shared photos samples of the same and you can have a look at them in the tweets embedded below.

We have been testing out @HuaweiIndia #HuaweiMate20Pro for a while and we find the zoom capabilities of the camera pretty impressive. Shown below is 0.6x, 1x, 5x and 10x. pic.twitter.com/giC9PeZqTc

The launch of the @HuaweiIndia #HuaweiMate20Pro in India is just a day away. We took it out for some low light photography over the weekend. Love it, hate it? Let us know in the comments! pic.twitter.com/nxb6RVAb0O

Initial impression about video quality is that it looks good, but I will have to test out the camera thoroughly in all types of lighting conditions before coming to a conclusion.

The battery on the Mate 20 Pro is a massive 4,200 mAh unit, but so its QHD+ display. While I expect the battery to deliver above-average performance thanks to the pixel-rich display, I am sure Huawei has made plenty of optimisations to deliver better battery savings. While the device does support wireless charging, it also features something new with wireless reverse charging that lets you charge another smartphone or Qi supported accessories with the Mate 20 Pro, which be really handy. More about this feature in my full review. The SuperCharging system also comes with a 40 W charger that can juice up this beast of a smartphone with a massive 4,200 mAh battery from 0-70 percent in just 30 minutes! 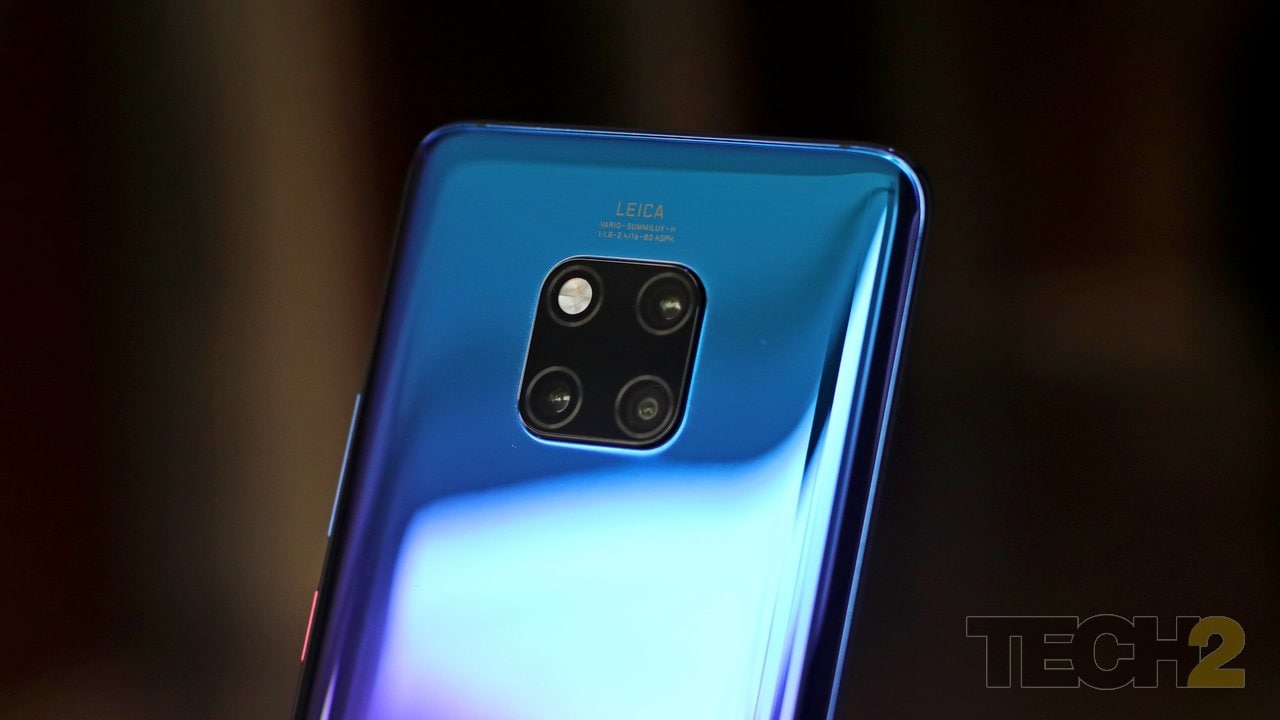 Few smartphones in the Android world currently match up to it even on paper. So yes, the Mate 20 Pro, for now, seems like an interesting offering from Huawei despite its price tag.

While the Samsung Galaxy Note 9 at Rs 67,900 seems like its closest competition, I believe that it's competing with Google’s premium Pixel 3XL (Rs 83,000) this year when it comes to performance, battery, camera and price. If you are looking to buy one, I’d highly recommend you wait for my full review, because it sure is going to be an interesting one.