Honor is expected to follow this up with a launch in India on 29 Jan, with sales starting early Feb.

The Honor View 20 was launched in China last month and after waiting for close to month, the punch-hole camera bearing smartphone has finally been made available in European markets.

The Honor View 20 comes to Europe in three variants with prices starting at EUR 569. The base variant of the Honor View 20 features 6 GB RAM and 128 GB storage while the top end variant gets 8 GB of RAM and 256 GB of internal storage (priced at EUR 649).

As far as colour options go, the phone will be available in four colours which are the Midnight Black, Sapphire Blue, Phantom Red and Phantom Blue. 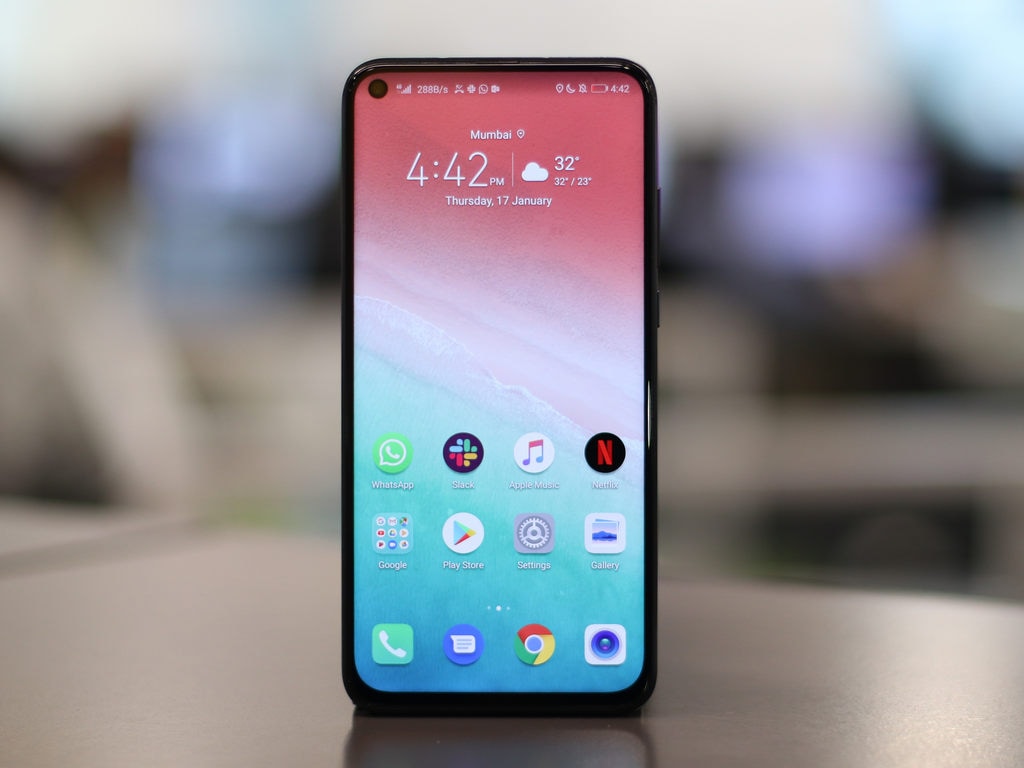 Honor is expected to follow this up with a launch in India on 29 January, with sales starting early February.

Wondering how the phone with a hole drilled into the display looks like? Here is what the Honor View 20 looks like from every side and corner. The Midnight Black variant of the View 20. Image: tech2/Omkar Patne

Powering the View 20 is the Kirin 980 chipset, which was announced by Huawei back in October, and it also powers the flagship Huawei Mate 20 Pro.

In terms of camera, the View 20 sports a 48 MP Sony IMX586 1/2-inch CMOS sensor (0.8 µm/pixel) with Quad-Bayer array that allows pixel binning. It is joined by a 3D ToF sensor at the back as well. On the front, we see the in-display camera which has 25 MP sensor with fixed focus.

The entire setup is backed up by a 4,000 mAh and it comes with the 22.5W SuperCharge support.

Read our detailed first impressions of the smartphone here.