Honor's upcoming smartphone, the Honor V10 was expected to launch in London on 4 December. However, according to Honor's Weibo account, the launch invitations confirm that the launch will, in fact, take place in Beijing, China on 28 November. The poster released by Honor shows that the V10 will sport a dual camera setup on the back along with Huawei's in-house AI. It was also reported earlier that the V10 would have full-screen 18:9 aspect ratio display. According to a report by Playfuldroid, the V10 is expected to be a cheaper Huawei Mate 10 Pro.

The report also predicts that the phone's 6-inch screen would be supplied by Chinese display maker BOE. The company is likely to pack a 16 MP camera sensor and a 20 MP camera sensor as part of the dual camera setup on the back of the device. 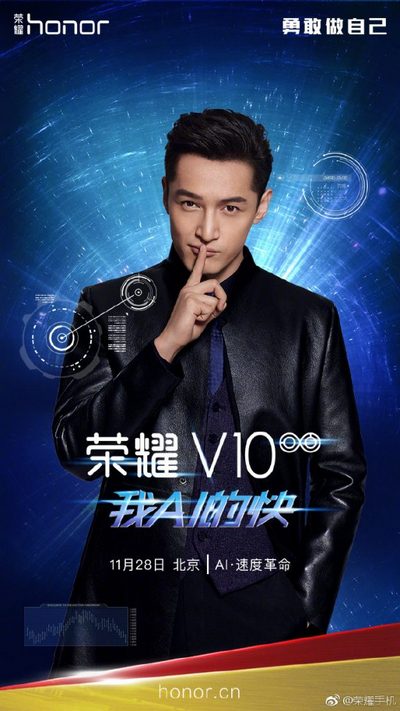 Similar to the Huawei Mate 10, the Honor V10 is likely to sport HiSilicon Kirin 970 chipset. This will be paired with 6 GB RAM and Android 8.0 Oreo with EMUI 8.0 out of the box. In terms of storage capacity, the device is expected to come with a 64 GB and 128 GB storage variants. The battery capacity on the Honor V10 is not yet known for now, but it will support fast charging. Honor V10 is expected to sell for CNY 3000 (approx Rs 30,000) which is in line with the pricing of Honor 8 pro at launch. All the information here is based on speculation and we could not verify the speculations independently. Considering the lack of verification, the speculative information should be taken with a grain of salt as things can change before the official launch of the device. We will have to wait until 28 November to confirm the accuracy of specifications reported for the upcoming Huawei Honor V10.

Beijing marathon to return after two-year Covid hiatus in November