Honor V10 is expected to be the cheaper variant of Huawei Mate 10 Pro and the company had already announced that the device will come with EMUI 8.0.

Huawei is gearing up for a big launch event in China on 28 November to unveil its upcoming smartphone, the Honor V10. There have been quite a few reports and rumours about the V10 but it looks like the first real photo of the device has surfaced online on the Chinese social media website Weibo. The picture lines up with the certification that the device received from TENNA which showed that the device will pack a display with 18:9 aspect ratio. We can also see the front camera along with curved edges, similar to what we observed during the certification. The leaked photo shows a full-screen display with 'near bezel-less' design which means that the company had to push the fingerprint scanner on the back of the device. 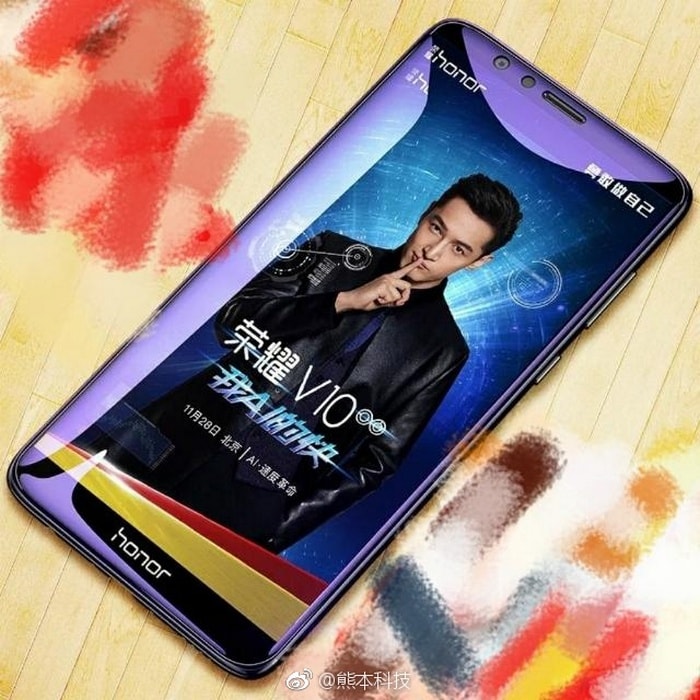 Earlier reports indicate that the dual camera comes with 16 MP and 20 MP sensors and the selfie camera will feature a 13 MP sensor. According to a report on GSMArena the smartphone will be powered by Kirin 970 chipset along with 6 GB RAM. It is expected to be available in 64 GB or 128 GB storage variant.

Honor V10 is expected to be the cheaper variant of Huawei Mate 10 Pro. The company had already announced that the device will come with EMUI 8.0 and is also expected to bring Android 8.0 Oreo on the device. The expected price of the smartphone is around CNY 2,999 (around Rs 30,000) which should make it an ideal competitor to the recently launched OnePlus 5T.