Honor Magic 2 will be using an AMOLED display which will be the first time for the Honor brand.

Though notches have become a design trend in 2018, it would seem that it is as quickly fading away. The Oppo Find X and the Vivo NEX are perfect examples of notch-less screens and nearly zero bezels using pop-out mechanical cameras. Now it would seem that Huawei sub-brand Honor is going to join the party as well with the Honor Magic 2 smartphone. The device was made official at IFA 2018. 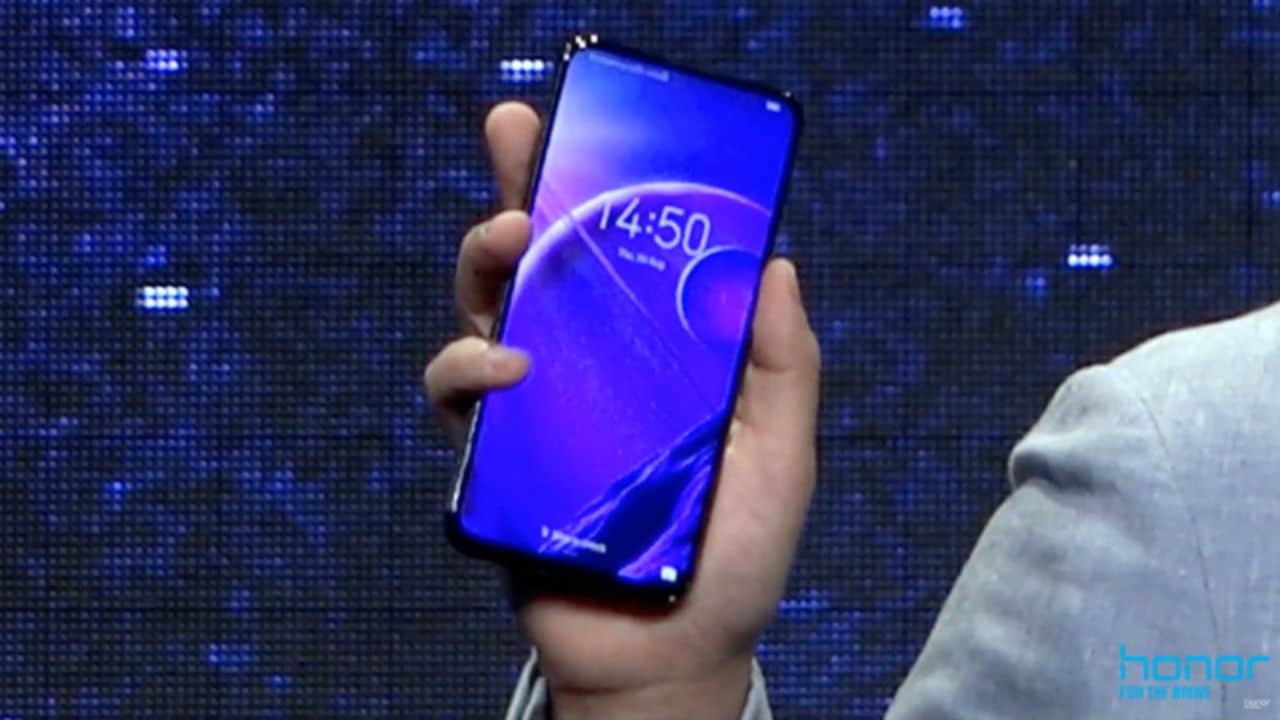 Honor and its President Zhao Ming have joined countless others in criticising Apple's lack of innovation in this years iPhones. Zhao Ming is reportedly looking to give the innovation that the people so desire with the Honor Magic 2. The device is reportedly rumoured to come with the highest screen-to-body ratio ever seen on a smartphone. The reported number is set to touch nearly 100 percent. The first truly all-screen and no bezel smartphone.

As per an unofficial teaser invite, first spotted on Android Pure, it would seem that the device is going to be unveiled on 26 October at an event in China. The invite also shows that the Honor Magic 2 will have an in-display fingerprint sensor. However, as mentioned before this is an unofficial source so take this information with a grain of salt.

The Honor Magic 2 will be using an AMOLED display which will mark the first time that the Honor brand has used such a display. Not only will it be bezel-less, but the resolution of this display is also touted to be 1440×2880 pixels resolution at a pixel density of 537 ppi. The Magic 2 will have a camera slider built into to support such a massive screen-to-body ratio and might take a leaf out of Oppo's book by popping cameras on the device using a mechanical slider.

Inside, we are expected to find that the Honor Magic will be powered by Huawei's flagship Kirin 980 chipset introduced earlier this month at IFA 2018. It will also be bundled with a ‘Magic Charger’ that would give an output of 40W and this fast charging feature will only turn on battery, cable, and charger are identified as safe.