The Honor 9X will likely be priced around the same price bracket as the Honor 8X, which is close to Rs 15,000.

This article was originally published on 26 December 2019. It is being republished due to the smartphone's launch in India on 14 January 2020.

Honor invited me to its Huawei headquarters in Shenzhen, China, along with some other journalists from the Indian media, where we visited their hu(uuuuuu)ge R&D center, which I think someone should declare a continent already. The entire property is built on European architecture and it all looks like a scene straight out of a storybook with castles and gargoyles.

At this absolutely gorgeous property, we also got to experience a product that Honor is launching in India next month – Honor 9X.

I spent a few minutes with the Honor 9X at the Huawei Village taking pictures of and from the phone (don’t miss out the backdrop in the images and image samples). Here are my initial impressions of the device. Honor 9X has a dual 3D curved panel at the back, which is made of plastic but it has a glass-like finish. The back of the phone is slippery, however, the curved edges lend you a good grip. The glossy back also leads to a lot of smudges and fingerprint marks. So, it's best you use the transparent case that comes bundled with the phone.

The Honor 9X has a 6.59-inch FHD+ LCD display with a notch-less design. The notch has been avoided with a pop-up selfie camera, making 9X the first device by Honor to adopt this popular 2019-trend in smartphones. 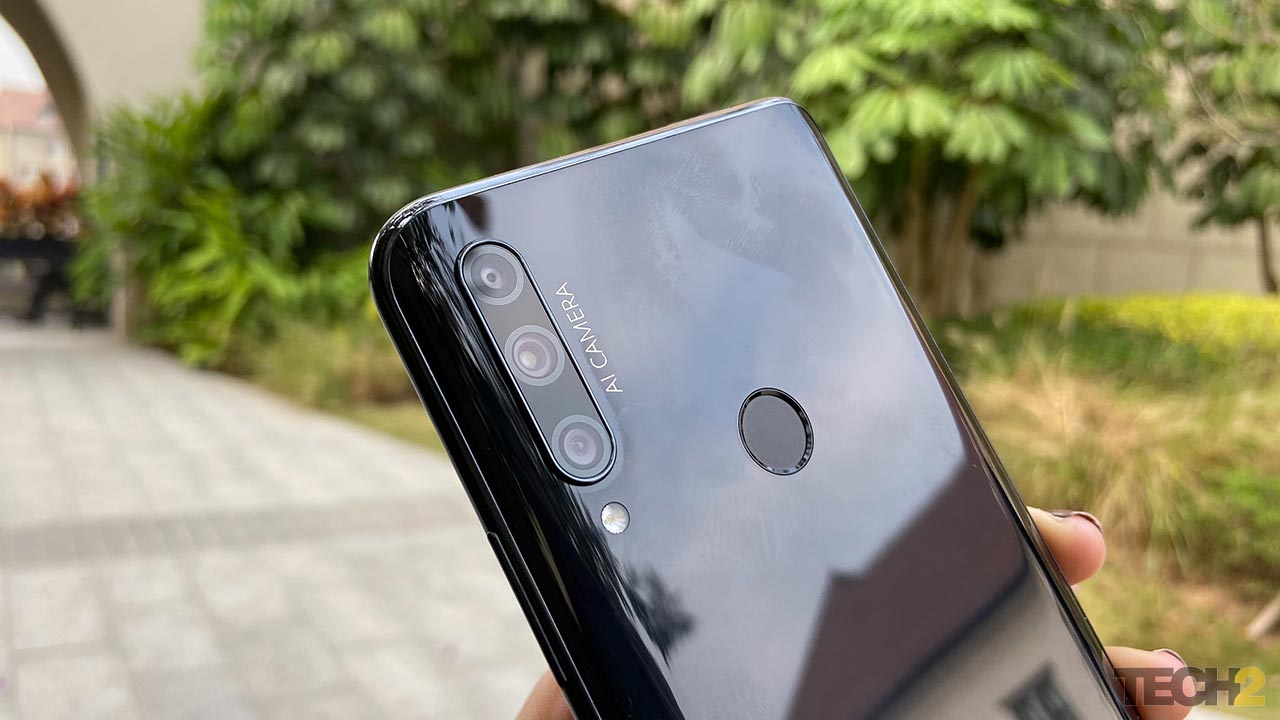 (That's a different thing that the device will be released in the Indian market only in 2020. Will pop up cameras still be popular next year? That’s a question for some other time, though.)

The display has good colours and a sufficient brightness level. I was testing the device out in the open in the afternoon and I found the display’s sunlight legibility quite decent too.

Also, what I liked about the phone’s design is that it sports both a USB-C port and a 3.5 mm headphones jack.

The Honor 9X also offers an option for dual nano-SIM or a nano-SIM and a microSD card. The smartphone has a physical fingerprint sensor on the rear.

From the few images I clicked, the Honor 9X camera quality in daylight is pretty decent. The colours produced in the images are vibrant. The images do look slightly over-saturated and the sharpness also feels a bit artificial in portraits, but most people may still appreciate these images, especially if they are using it for social media.

I also took a portrait shot from the rear cam, which I found had soft focus but decent edge detection. 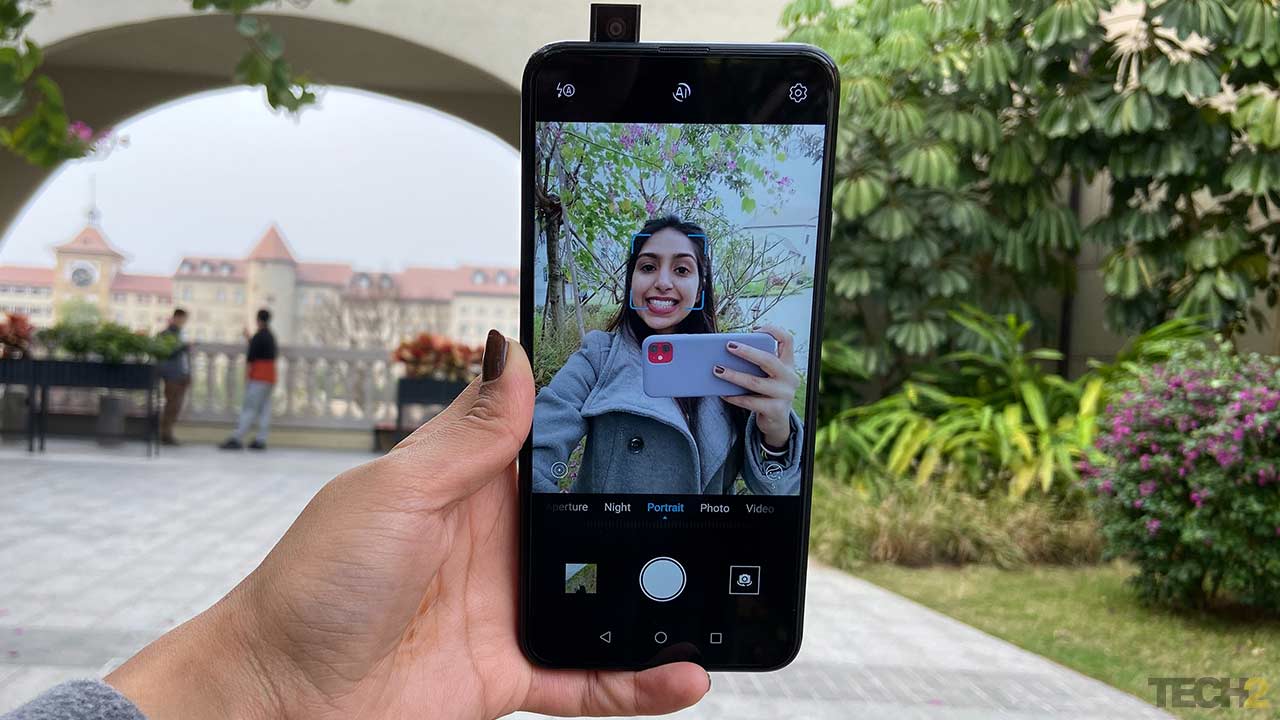 The night camera images look good but you notice a little noise when you zoom into the images.

Video quality, however, isn’t quite good. You will see a sudden drop in quality in the viewfinder as well as when you switch from the photo mode to video. And that happens during both day and night.

Below I have embedded the Flickr link that has a few camera samples clicked from the Honor 9X. Honor 9X uses Huawei’s own Kirin 710F chipset. Since the device hasn’t been officially released in India, we weren’t told the exact configuration, but we know that it will come with up to 6 GB of RAM and 128 GB storage.

While using the device briefly, I found it to be quite responsive when using multiple applications at the same time or switch from one app to the other. 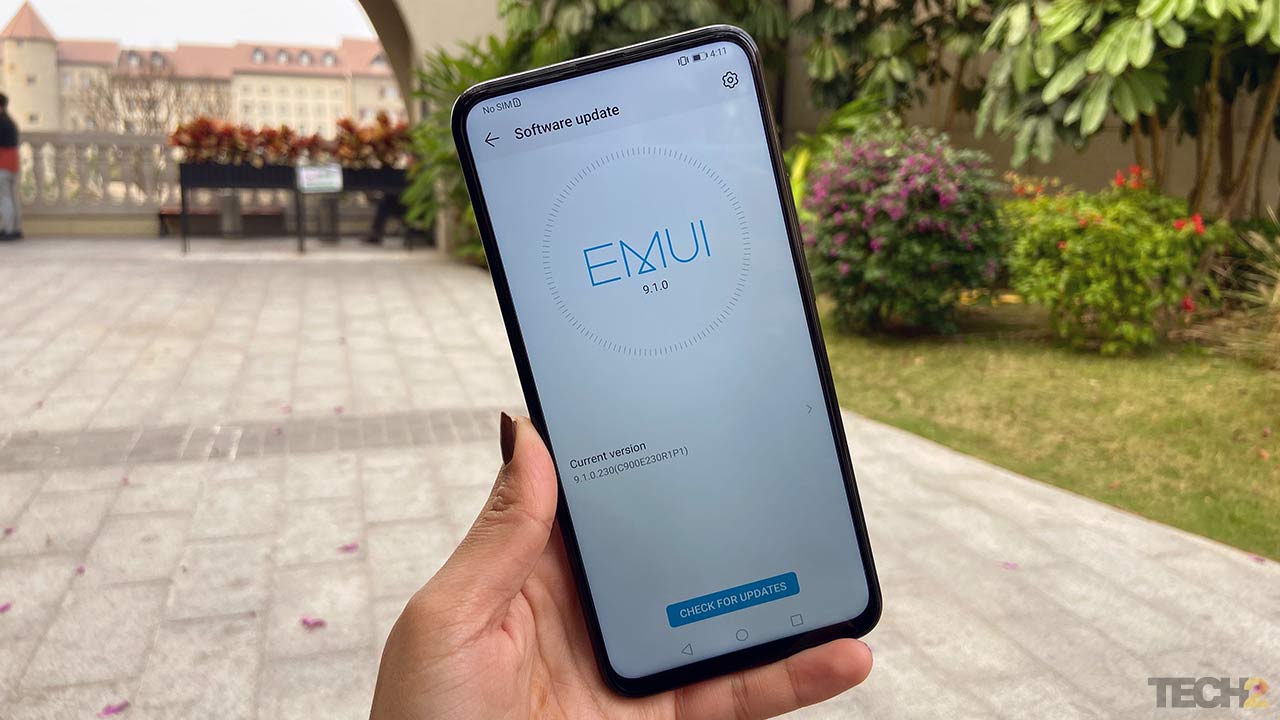 The device I used was running EMUI 9.1.0, but I have been told that the device will be upgraded to Android 10. Which means Google apps will continue to work on the Honor 9X when it comes to India.

The sample unit also had the complete suite of Google apps.

The Honor 9X has a 4,000 mAh battery, and it supports fast charging.

The Honor 9X will likely be priced around the same price bracket as the Honor 8X, which is close to Rs 15,000. In that price segment, it has smartphones like the Redmi Note 8 Pro and Vivo V17 to compete with, both of which also have cameras as their highlight features. But it’s only after the phone is officially launched in India and we get to do an in-depth review that we will be able to tell the best of the lot.

Disclaimer: The correspondent was invited by Honor to Shenzen, China, and all travel and lodging expenses were taken care of by Huawei India.