The Honor devices are expected to have a notch, rear dual cameras, big batteries, large displays.

Honor has finally made an official announcement of the launch of its two new phones, the Honor 8X and the Honor 8X Max. Earlier this month, In a TENAA listing, an Honor device with model name ARE-AL00 was seen sporting a small notch which looked similar to a water drop as Oppo likes to call it. It was speculated that the smartphone could be the Honor 8X.

Honor made the announcement on its Weibo account with a poster, which reveals that the launch date is 5 September 2018. It does not reveal any other information of the devices in terms of specs. 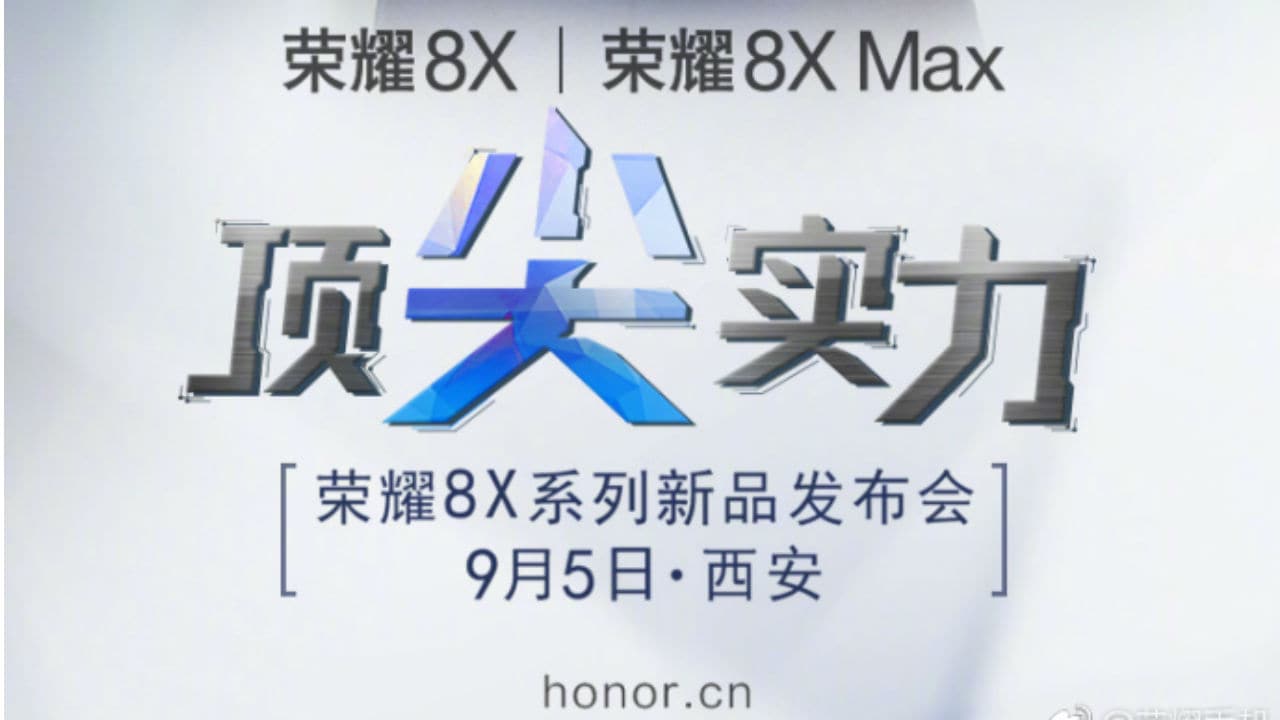 According to various reports, the Honor 8X and the 8X Max are expected to come with a 'waterdrop display notch.' Other key features in the devices are expected to be dual cameras on the rear, large battery capacity and also large displays.

An older report by GSMArena also reveals that the display on the Honor 8X will likely be 7.12-inch. Further, screenshots on Weibo are benchmarks which reveal that one of the two devices, not clear which, will have a Qualcomm's Snapdragon 660 on board. This in itself is surprising as Honor phones generally pack Huawei-made Kirin chips.

Additionally, the screenshots also reveal that, in terms of storage, the device will have 4 GB of RAM; the devices features a 1080 x 2244 pixel display; a dual camera at the rear houses a 16 MP primary unit and a 2 MP secondary unit; and finally on the front, inside the notch, is an 8 MP camera.