HMD Global begins rolling out Android Oreo 8.0 to the Nokia 5 and Nokia 6

The Android Oreo 8.0 update will bring a host of features to Nokia 5 and 6 users including a picture-in-picture mode and the ability to autofill passwords. 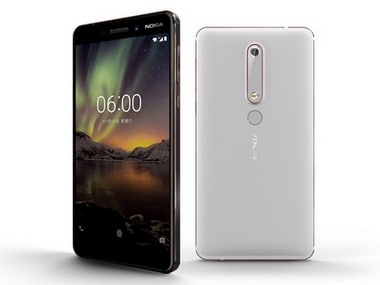 A report back in December had stated that the company has begun Nokia phones beta labs for the Nokia 6, but the company today finally unveiled a stable version of Android Oreo for both of its lower-priced smartphones. The news of the launch was again borne by HMD Global's Chief Product Officer, Juho Sarvikas who took to his Twitter handle to break the news.

Sweeter and Smoother. The #Nokia5 and #Nokia6 are officially joining the #AndroidOreo family. pic.twitter.com/7bbW3j7SOF

Sarvikas, however, did mention that the update will be rolled out in phases which would mean that all users may not receive the update immediately. The Android Oreo 8.0 update will bring a host of features to Nokia 5 and 6 users, including a picture-in-picture (PiP) mode, the ability to autofill passwords, faster boot up timings as well as the ability to run Google Play Protect security scans. Screenshots shared by users who have already received the OTA update state that it also includes a Google Security Patch update and comes in at a size of 1,822.9 MB.