All the phones see a considerable upgrade over the predecessors — Nokia 5, Nokia 3, Nokia 2.

In an unexpected announcement, HMD Global has unveiled a trio of new smartphones. The three are essentially the successors of the existing line of mid-range and budget Nokia devices. The announced devices are the Nokia 5.1, Nokia 3.1 and Nokia 2.1. 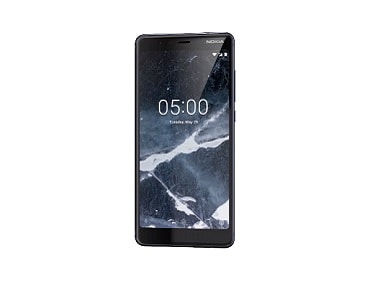 While the Nokia 5.1 and Nokia 3.1 run on Android One operating system, the Nokia 2.1 is powered by Android Oreo Go edition. Nokia also promised that the Android One models will receive software updates for two years and security updates for three years.

A significant upgrade over its predecessor, the Nokia 5.1 now features a 5.5-inch display with a Full HD+ resolution, with an aspect ratio of 18:9. The display is also protected by a 2.5D Gorilla Glass on top.

In terms of design, there are some prominent changes as well. The Nokia 5.1 no longer has capacitive keys on-screen and the fingerprint reader has also migrated to the back of the phone.

For optics, the Nokia 5.1 sports a 16 MP camera on the rear with dual-tone flash, and an 8 MP sensor up front. Fuelling the smartphone is a 2,970 mAh battery. Other connectivity features on the smartphone include a 3.5 mm audio jack, FM radio and the expected Wi-Fi and Bluetooth goodies.

The Nokia 5.1 will be available globally from July starting at $219 and will come in Copper, Tempered Blue and a Black colour variants.

The Nokia 3.1 succeeds one of the most popular smartphones from HMD’s initial lineup — the Nokia 3. The Nokia 3.1 features a 5.2-inch IPS display with a 720p resolution.

Under the hood, the Nokia 3.1 is powered by a MediaTek 6750 chipset, which has eight Cortex-A53 cores, as compared to four cores on the Nokia 3. The processor is coupled with 2 GB of RAM and 16 GB of storage in one variant, and with 3 GB of RAM and 32 GB internal storage on the other. Coming to the optics, while up front, the Nokia 3.1 too sports an 8 MP sensor, the rear camera has been bumped to a 13 MP sensor.

The Nokia 3.1 will be available in June starting at $159. The colour variants of the smartphone include Blue/Copper, Black/Chrome and White/Iron.

Finally, the Nokia 2.1 was also announced. The budget smartphone runs Android Oreo (Go Edition) and costs $115. It will be available globally in July. 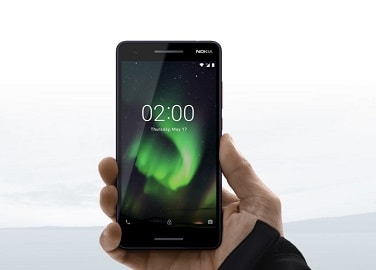 The smartphone features a 5.5-inch display with a 720p resolution and a 16:9 aspect ratio. It is powered by Snapdragon 425, with 1 GB of RAM and 8 GB storage, which is expandable via a microSD card.

For photography, the Nokia 2.1 continues to sport an 8 MP camera with autofocus on the back, and a 5 MP camera on the front. Fuelling the device is a massive 4,000 mAh battery.

Nokia 5.1 Plus CAD renders show a display with a notch, dual rear camera setup and a fingerprint sensor on the rear side

Nokia promises upcoming Android P update for all of its smartphones