Nokia 5 (2018) could be launching soon; expected to compete with Xiaomi, Honor and Asus

HMD Global has done a fine job of rebuilding the Nokia brand into a formidable player of the smartphone industry. The recently launched Nokia 7 Plus and Nokia 8 Sirocco, along with the Nokia 6, Nokia 5 and Nokia 3 last year are trademarks of Nokia's resurgence. 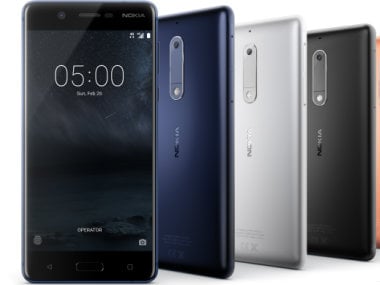 However, in the budget and also the mid-range segment in India, Xiaomi is still the king. Now reports are coming in that Nokia is in the process of launching a smartphone which is believed to challenge Xiaomi's market space. As per the report by IBT, the phone will be the 2018 version of the Nokia 5.

The information comes after HMD Global CPO Juho Sarvikas was asked on Twitter about the launch of the Nokia 5 (2018) and he replied by saying 'Stay tuned'. Now, this isn't much of confirmation of anything, but it is also not a denial.

While Nokia has launched the revamped version of the Nokia 6 this year, the Nokia 3 and Nokia 5 have been left out. So there is a possibility that Nokia will launch the Nokia 5 (2018) and quite possibly the Nokia 3 (2018) as well.