Hike launches HikeMoji, which is similar to memoji but with a local twist

HikeMoji is available in seven regional languages in addition to English and Hindi.

Hike Messenger has announced its own version of animated emoji called HikeMoji. However, what makes HikeMoji stand apart from similar offerings by many other platforms is its local flavour. Hike says that HikeMoji offers more Indianised facial features, accessories like bindis and nose pins, local clothing, among other things. HikeMoji can apparently also be customised with local languages.

Further, Hike says that users of these animated emojis will get over 100 exclusive stickers of their HikeMoji in any of the seven regional languages available – Gujarati, Marathi, Bengali, Tamil, Kannada, Telugu, and Malayalam – in addition to English and Hindi. Head to Hike Sticker Chat app. If you are unaware, Hike now has a standalone sticker app in addition to its messenger.

Once you launch the sticker chat app, take a selfie, which will automatically get converted into a base HikeMoji on top of which you can begin customising your own animated emoji.

Once the HikeMoji is ready, the app will automatically generate over 100 exclusive stickers that will only be available to you based on the language of your choice.

These stickers can also be shared across social media platforms. 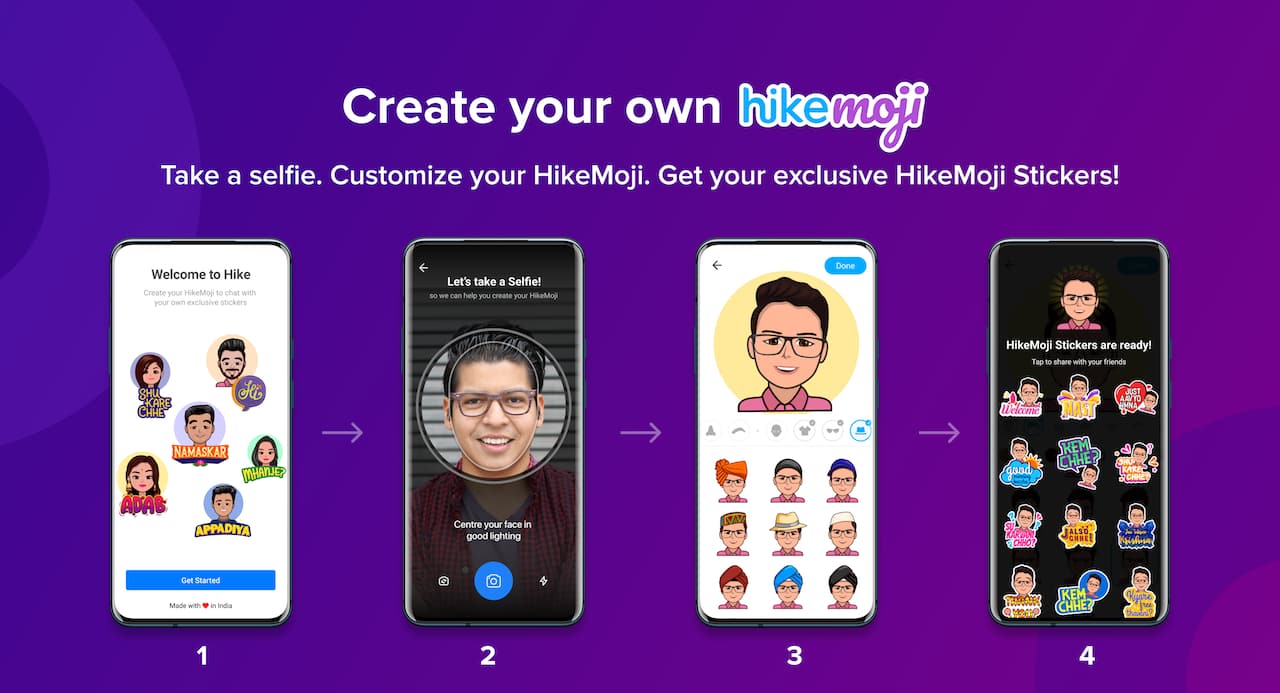 Hike says that HikeMoji is "created using advanced Computer Vision and deep neural networks. This enables the platform to search around 100 trillion combinations of facial shape and color features to create a HikeMoji and HikeMoji Stickers reflecting the user’s looks within a few seconds. With hundreds of HikeMoji Stickers of themselves to choose from, ML & NLP play a key role in enabling easy discovery & apt sticker recommendations for each user across a total of 9 languages."

Hike messenger rolls out video calling feature for everyone