140 character review: If adventure is your life, get the GoPro Hero 7 Black. If you’re an occasional adventurer, go for lesser expensive options. 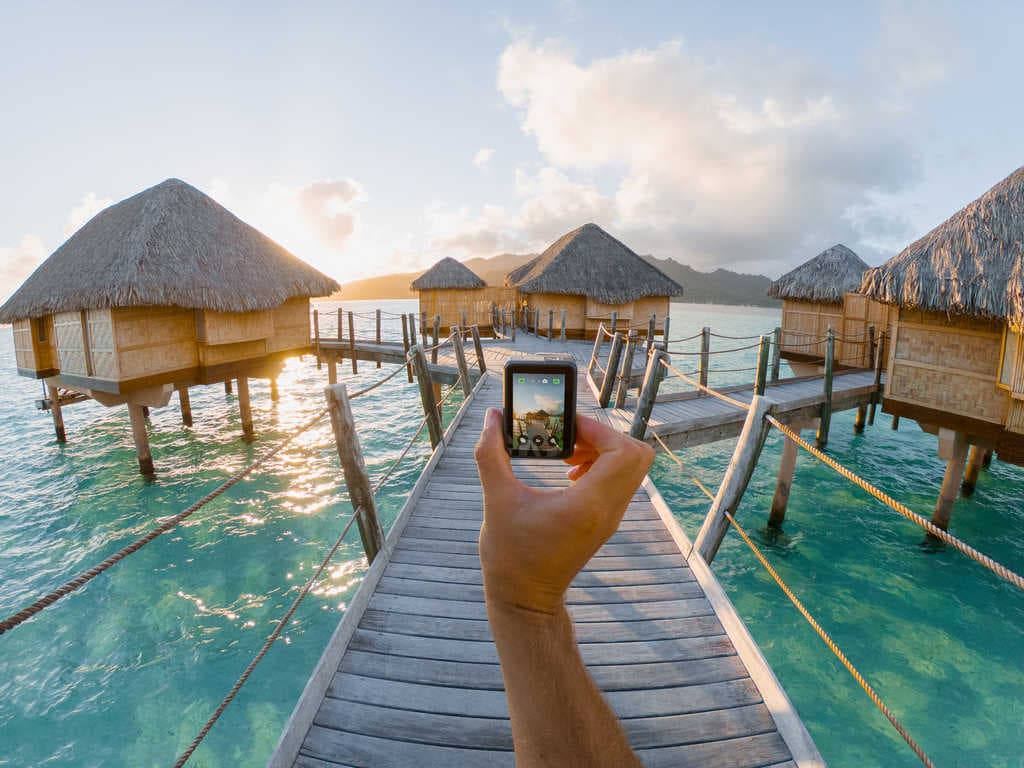 For over two years now, the adventure junkie in me has a set routine. Every week, by the time Wednesday arrives, I start googling weekend getaways from Mumbai. Why? Because city life sucks. And I desperately need my Vitamin Green and fresh oxygen. And then kicks in a tried and tested routine.

Tank up the car, check for fluid levels, etc. Tank up on Odomos, mosquitoes are the real aliens in plain sight in the wilderness. Pack up snacks, outdoor gear, appropriate shoes and accessories.

I do this so often that my weekend bag is a permanent fixture in my living room. Both, a reminder and a remnant of a good weekend. It is almost always left half unpacked. 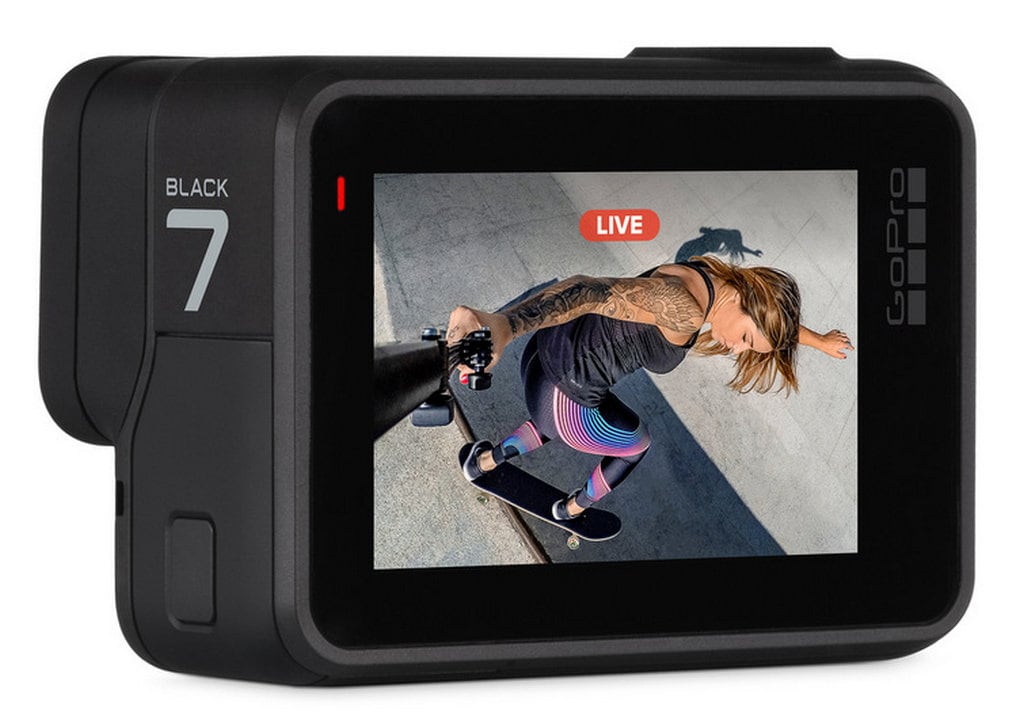 The last but the most important thing I do is turn on my GoPro Hero 5, Karma gimbal, update software, take SD card backups, hook it up to the app on a smartphone, check if everything is working and boom!

To say I was stoked when the GoPro Hero 7 was announced is an understatement. The promise of a gimbal-like stabilisation, without an extra contraption (Karma is GoPro’s gimbal gadget) to charge or carry, was the single biggest reason that had me hooked. But how good would it really be?

After using the GoPro Hero 7 for two weeks, I can safely conclude that it is indeed the best standalone video camera in your pocket!

Right off the bat, who is a GoPro Hero 7 for?

Everyone has smartphone cameras right? So why buy an additional camera? One that costs Rs 37,000 definitely doesn’t qualify for a casual second camera purchase. (GoPro Hero 7 White starts at Rs 19,000 but the Hero 7 Black is the only one offering Hypersmooth stabilisation feature, hence the premium pricing).

To answer the question whether an action camera is for you, you’ll have to carry out a quick lifestyle audit for yourself.

Do you find yourself in situations or locations of your choice where you feel an incredible adrenaline rush? Are you generally in the said situation with both or either hand occupied? (Driving a vehicle and/or using local trains in Mumbai/Delhi during peak hours qualify as an adventure sport with extreme risk). Does your weekend involve some water (alcohol doesn’t count), some outdoor landscape or wilderness, some fast modes of transport, and a break from the city? Do you love your smartphone and would not like to lose it, break it or harm it knowingly? Do you love taking photos and videos of recreational activities? Would you rather the camera does all the magic and just gives you a pretty picture to post on social media?

Then, my friend, you can and should consider an action camera. And since GoPro is the grand-daddy of the action camera space, it comes highly recommended. Of course, if you have a propensity to break your cameras and wouldn't want to risk spending a bomb on the GoPros, then it is best to court cheaper alternatives from companies like SJcam, Noise or other Chinese manufacturers.

What GoPro offers is a beautiful ecosystem that has taken years to cultivate.  The biggest plus is an incredible community of content creators and adventure seekers, both online and offline. (Beware of the “lifestyle” influencers that are invading this space though). The software experience is superlative, the GoPro app on Android and iPhones acts as a remote trigger for photos and videos, backs-up all footage and images and has one of the best AI-enabled video editing suite in Quik. Simply put, no other camera maker has such a seamless integration of hardware and software for their cameras.

Just like a regular DSLR also needs a lens ecosystem to enable you to extract the best out of it, the GoPro Hero 7 is nothing without its accessories. If you are going off-road biking, you need the right accessory to hold the GoPro atop your helmet or stuck to your chest. If you are going deep-sea diving you need a special waterproof casing to house the GoPro in it. Depending on the type of adventure sport you are into, there are different sorts of accessories. The GoPro branded ones exude great build quality, and on the expensive side of things. I have personally used cheap and disposable Chinese accessories every now and then with my Hero 5 and they work just fine. GoPro Hero 7 is the 7th iteration of the world’s most popular action camera. It comes in three variants: White; Silver and Black. The top of the line, feature-rich variant is the Black. And also the most expensive. It shoots 12 MP pictures and can record video at 4K (up to 60 fps) and FullHD (up to 240 fps) resolution. It shoots in the H.264 codec which will give you an MP4 video file. It also has an HEVC video mode which is a high-efficiency video coding feature which ensures that the video file size is relatively low.

Just beside the lens of the camera, you get a monochrome display which gives you an indication of which mode you are shooting in, how much battery life is remaining, the recording time left on the card.

GP1 is GoPro’s proprietary image processor. This is the first processor GoPro made for the Hero 6 after parting ways with chip maker Ambarella. The company claims it is extracting better performance form GP1 this time around due to 2 GB of RAM. The cheaper siblings Silver and White, however, don’t get GP1 and also have non-removable batteries.

I have spent a couple of weeks with the Hero 7 Black model and I am convinced that if you’re an avid video content creator or just casually love shooting videos, there’s no better action camera on the market as of this moment.

The new GoPros look similar to the previous gen Hero 5 and 6, but loyalists will notice that the standard grey colour has been updated to black. The menu interface has got very intuitive. There’s new branding on the side of the cam. Most of the internals like a battery, lens elements remain the same.

The digital image stabilisation is done on the basis of sensor information from the accelerometer to the gyroscope. The video is analysed in real-time to correct for 3-axis movements and shakes, producing gimbal grade stabilisation straight out of the camera, without any additional accessories. The only limitation is that since the image processing hardware crops about 5 percent of the edges to deliver stabilisation, it won’t work at a 4K resolution above 24 fps. Check out the Flickr album to analyse the images at full resolution. Since the stabilisation is handled by the camera in real-time, it can result in a floaty false horizon feeling occasionally on video. But all things considered, if you shoot a ton of video and are on the move, the Hero 7 Black will deliver excellent quality footage.

All GoPros are water resistant and the 7 can withstand immersion for up to 33 feet or 10 metres. If you do plan to take it scuba diving up to 30 metres, you’d better put it in a waterproof housing. The cameras can be controlled by voice commands allowing one a completely hands-free operation. Say “GoPro Start Recording” and the camera will turn on and start recording in the last saved video setting. Say, “GoPro Take a Photo” to shoot a picture or “GoPro Shoot Burst" for a series of successive shots.

The Hero 7, just like all other previous cameras from GoPro, suffers from inadequate battery life. While the company claims that you can shoot HD resolution footage for close to 1 hour and 45 minutes, 4K shoots can only continue for close to 45 minutes and the camera gets extremely hot while at it. I highly recommend getting a spare battery if you are serious about shooting video on these cameras. There are dual battery charging cradles that make charging two batteries easier too.

The GoPro Hero 7 is also the most smartphone like action camera ever. It nows shoots excellent stabilised timelapse videos in a new feature called, ‘Timewarp video’.

The Hero 7 packs in an HDR mode called SuperPhoto that produces images with improved dynamic range. There is a default vertical photo and video mode as well, which means as soon as you hold the camera vertically it switches to Portrait video or photos. For Instagram obsessed “Influencers” (god only knows who and what they influence), this could be a straight clincher.

The ease of transferring videos and photos via the GoPro app on Android and iPhones means that it only takes a couple of minutes for that crazy adventure to reach the world of Insta stories. And for the first time ever, you can go Live on Facebook directly from the GoPro camera. Support for YouTube Live will be coming soon. You’ll still need a smartphone tethered to the camera for internet connection, (also works over Wi-Fi), but imagine broadcasting the view from a helmet mount, when you’re climbing up a mountain or riding the Bullet up to Khardung La in Ladakh. The maximum resolution of your live stream though is limited to 720p.

Portrait video and live streaming are bound to be popular features for serial Instagrammers, YouTubers and content creators. Setting up Facebook live-streaming can be done in a couple of minutes, it uses mobile data or WiFi.

While this is undoubtedly the greatest GoPro camera ever, in India it faces incredible competition. As more and more young Indians indulge in recreational and adventure activities that were not very long ago the reserve of only a few, they’re seeking inexpensive action cameras. SJcam is one of the most used action camera brands in India, and that is not because of its superior video quality or features, but because it starts at Rs 5,000. For brand new KTM biker dudes, pet parents and weekend warriors, this is an extremely accessible price point. A popular 12-in-1 bundle of accessories including a head strap, chest strap, suction mount and bike handle mount costs only Rs 1,200.

Chinese player SJCam has become a favorite of masses due to low price point and enticing features.

There is a clear understanding among customers of brands like SJCam that these Chinese goods may not even last beyond one vacation but since the price point is so accessible, folks don’t mind spending up to Rs 6,500 for a full-blown action camera package with accessories. In comparison, original GoPro accessories are ridiculously expensive. A simple El Grande extension pole retails for Rs 4,850. It is a foolishly simple extension pole that costs as much as an entire SJcam or Noise branded action camera. The Noise Play 2 camera that costs only Rs 9,999 shoots 4K video and has an external mic input with good touchscreen functionality too.

The GoPro Hero White that costs Rs 19,000 is a step in the direction towards making brand GoPro accessible to many more new users. If you get into the GoPro ecosystem, this is a camera you should consider. The Silver variant retails at Rs 28,000 while the most feature-loaded Black is at Rs 37,000. And while India is multi-layered customer market for cameras, it is also the one seeking most value.

If adventure is your life, get the GoPro Hero 7 Black. If you’re an occasional adventurer, go for lesser expensive options.