Google will be stopping all investments in messaging app Allo, as it focusses all energies on the upcoming 'Chat' app

The move is necessary, said the report, because Google is going all in on Rich Communication Services (RCS).

Google is reportedly "pausing investments" in its Allo mobile messaging app that was launched with much fanfare in 2016. 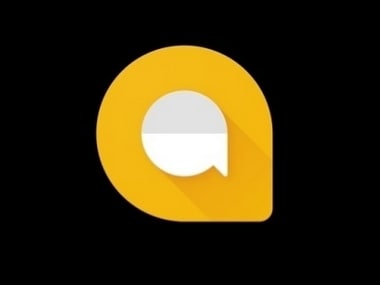 The app will continue to function for existing Allo users, but according to Anil Sabharwal, the new head of the communications group at Google, the company will move the team over to focus on Android Messages, The Verge reported late on Thursday.

Launched in September 2016, Allo is an instant messaging mobile app for the Android and iOS mobile Operating Systems (OS), with a web client available on Google Chrome, Mozilla Firefox and Opera browsers.

"The product as a whole has not achieved the level of traction we'd hoped for," The Verge quoted Sabharwal as saying.

"We set out to build this thing, that it (would be) a product that we would get hundreds of millions of people to get excited about and use. And where we are, we're not feeling like we're on that trajectory," the Google executive said.

The move is necessary, said the report, because Google is going all in on Rich Communication Services (RCS).

"The service will be branded 'Chat' once carriers launch it, and Google wants to apply as many resources as possible to make sure that this time, finally, Android has a successful messaging app," the report added.

RCS is a communication protocol between mobile-telephone carriers and between phone and carrier, aiming at replacing SMS messages with a text-message system that is richer, provide phonebook polling and transmit in-call multimedia.

Google is reportedly planning to introduce a web interface for its SMS application "Android Messages" that would let users pair their smartphones with a computer for all of their texting needs.

"There's a new version of Android Messages rolling out for the phones. So far, we haven't seen any significant changes to the UI, but huge things are happening under the surface," tech website Android Police reported.

Google, however, is bullish on its video mobile app Duo. The company recently introduced a new video messaging feature for Duo that would let users capture and share video messages when their friends cannot answer their call.

OpenAI starts testing ChatGPT Pro with select users, comes with a bunch of added features for $42 a month