In a completely unexpected move, Google posted an image of its upcoming Pixel 4 smartphone on Twitter. This move comes months before the phone is supposed to be officially announced at Google's event that's usually scheduled in October.

Google Pixel's official Twitter account posted an image of the render saying, "Well, since there seems to be some interest, here you go! Wait 'til you see what it can do." The latest renders of the Pixel 4 were leaked just a couple of days ago and Google probably thought it would be best to just release an official image.

Well, since there seems to be some interest, here you go! Wait 'til you see what it can do. #Pixel4 pic.twitter.com/RnpTNZXEI1

It seems like Google is, in fact, going with the massive camera module on the rear, confirming the earlier leak. The module contains two cameras on the rear along with a third sensor that could possibly be a Time of Flight or ToF sensor. Below the two camera sensors, there's an LED flash.

To the bottom edge, there's the company's 'G' logo in grey or silver. Unlike the rear panel of the Pixel 3 or 3a series, here it has a consistent finish instead of a composite one. This means the rear panel is made of a single material. Also, the image also confirms one colour variant that has been called 'Just Black' in the previous devices.

Google only posted the rear panel of the Pixel 4 and it's still unclear what the camera configuration on the front looks like. However, according to Slashleaks, the company has apparently patented a display design for a punch-hole front dual-camera system with dual front-firing speakers. YouTuber Front Page Tech had reported that the Pixel 4 devices won't have any physical buttons at all but capacitive ones instead. However, from the official image, the Pixel 4 seems to continue with the power button and volume rockers (partially visible) as seen on the previous Pixel 3 and 3a series. 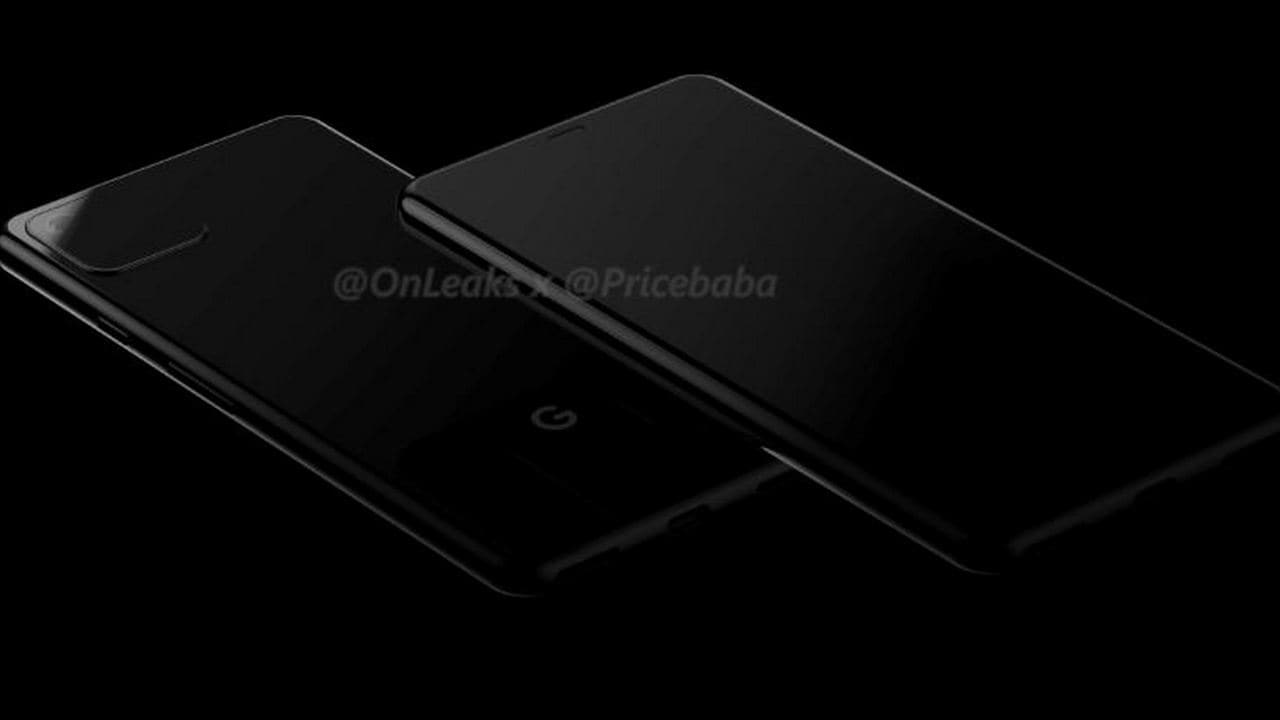 Google's Pixel smartphones have been pushing smartphone photography ahead every time a new generation has been launched. And it has been doing this with just a single rear camera sensor, aided by its unmatched AI post-processing. The addition of multiple camera sensors on the rear may just take the Pixel miles ahead of the competition. However, that's just speculation and we'll know about Google's choice of the second sensor and how well does it perform after an official announcement in October.