Google Maps' AR navigation feature was first talked about back in March 2018 at I/O.

Google back at I/O 2018, its annual developer conference gave all of us a look at a new augmented reality feature for Google Maps. This feature uses the phone's camera to overlay general directions, restaurant listings, the local grocery store and other helpful guides.

While the feature isn't rolling out for everyone just yet, David Pierce from The Wall Street Journal appears to have a look at what is deemed to be "an early version" of Maps with AR. Locations on Google Maps are soon expected to show up a new “Start AR” button which kicks in the AR mode Google showed off back at I/O 2018. 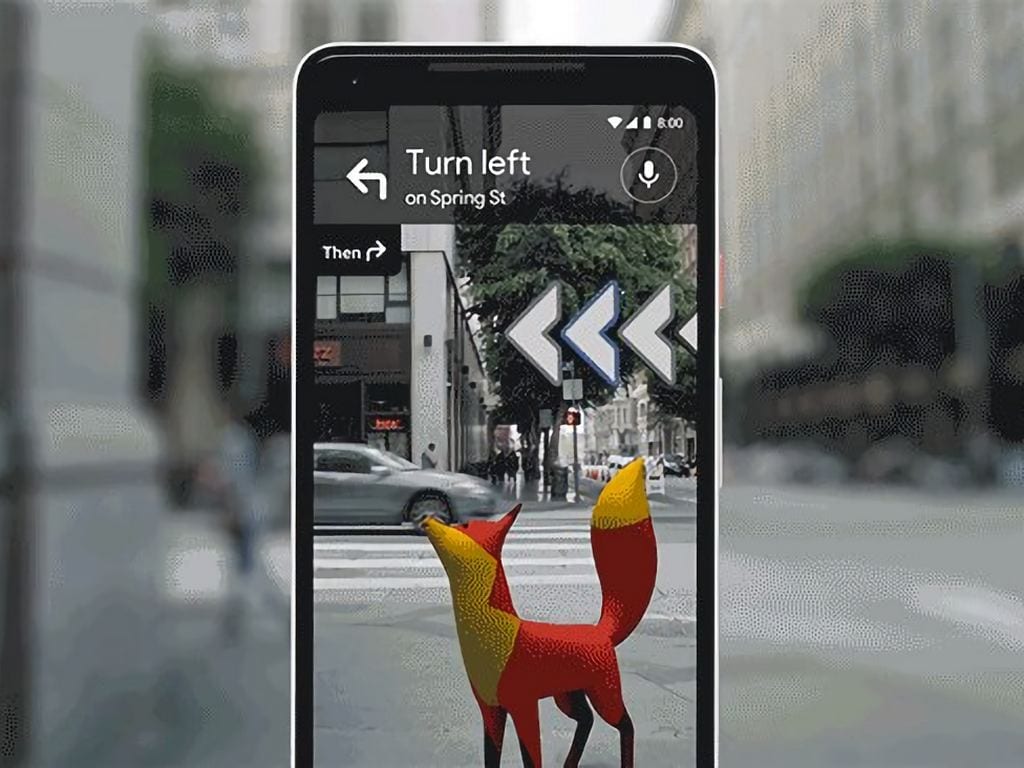 However, as expected with early demos, things aren't all ready yet. David Pierce in the report states that Maps in AR “isn’t likely to be your primary turn-by-turn option, it’s a huge step in the right direction for Google Maps.” As it appears, most of the phone's screen is a live camera view, while the bottom third is a circular-shaped window that shows a traditional overhead map view with enlisted routes.

As detailed earlier, Google is using what the tech giant calls a Visual Positioning System to look for landmarks, courtesy of Street View, to "estimate precise position and orientation." Once Maps gets your location figured out, the big arrows and direction begin showing up.

Google shared several qualifiers about the feature. For one, it is meant for walking directions and not to be used while driving, due to possible safety distractions. The WSJ report also found that the AR navigation feature was aggressive at conserving your phone’s battery life and data usage. Lowering your phone, launches the standard map, while the screen automatically darkens after a period of time. However, this interface could change over time.

Google isn’t saying when the feature will roll out to users, just that it’ll be available to “a few Local Guides” soon, and “will come to everyone only when Google is satisfied that it’s ready.” This certainly means that we shouldn't be too hopeful of a release right away but knowing that Google is frantically trying to work on the AR feature is very promising.