The current public version of Duplex can't yet is limited to English and isn't as awesome as demoed.

Google Duplex, the voice-calling AI that mimics a human voice to make appointments and bookings through a phone call seems to have finally arrived, kind-off, as it is only made available for some people.

According to a report in VentureBeat, Google's AI chat agent is slowly spreading its roots. It is now said to have grown from a "set of trusted tester users" to a "small group" of Google Pixel owners.

These users are given access to Duplex via Google Assistant through which they can book a restaurant reservation in "select cities".

The report further states that these "select cities" might be the previously announced places which were supposed to be used for pilot testing. These places were New York, Atlanta, Phoenix and San Francisco. If you are in their "trusted tester" group then good for you! But if you aren't, you might get an error that may say, " Sorry, I can’t call to make reservations for you yet, but here’s their phone number: [10 digits].”

Google is said to be starting with a "slow rollout" so that it offers a "good experience" for Pixel users in future.

VentureBeat states that Google Duplex is no longer limited to companies with whom Google had explicitly partnered, but the experience of this appointment-booking AI is also not as amazing as it was demoed at its I/O 2018 developers conference in May.

The Duplex AI currently available can't book appointments and is limited to English. 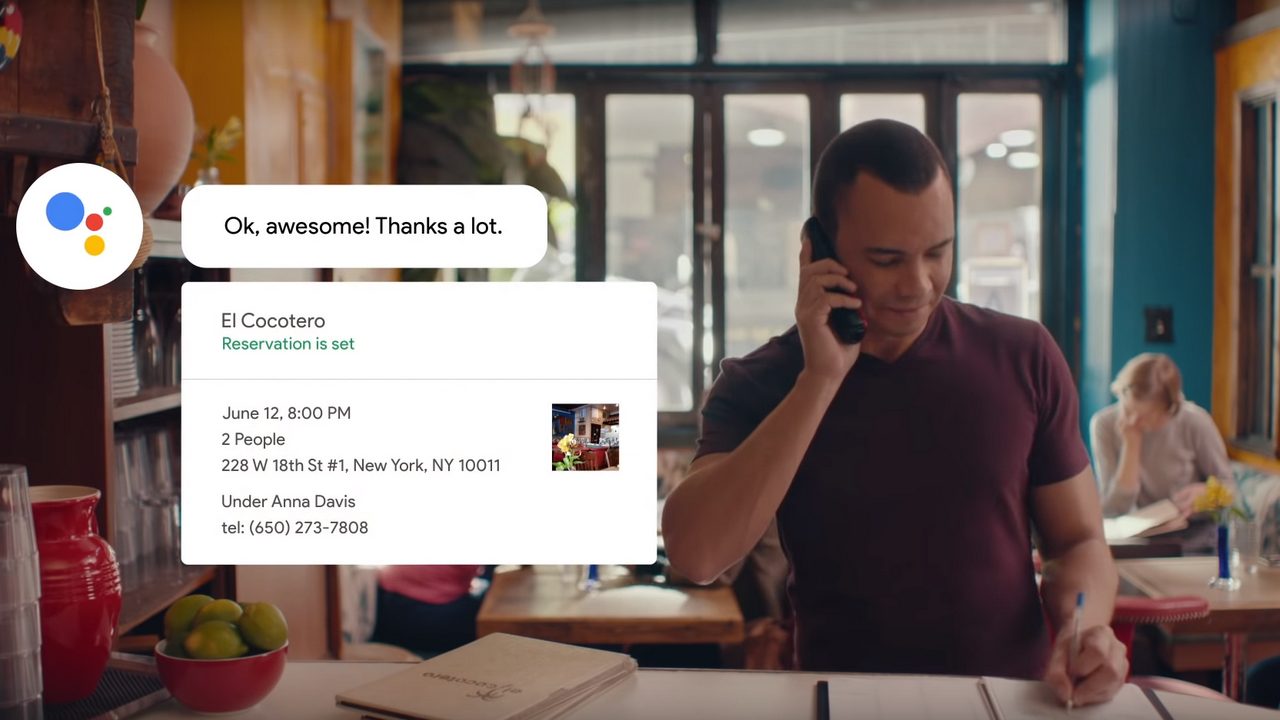 Also, the reservation skills are quite limited. Duplex is only available for restaurants for the time being and it might even take a bit of an effort to book the seats at the time you wish for.

The report even mentioned that there were a few restaurants that didn't even take the reservations even though they had public numbers. The report speculates that this might be because the particular restaurant might have opted out from receiving calls by the Google Duplex.

This could have been done through toggling a setting in their 'Google My Business' account.

It seems that the AI still has time to take over the world.