Google's Gmail which is arguably one of the world's most popular email service is receiving a major overhaul today which not only includes a redesign but also a host of new features. 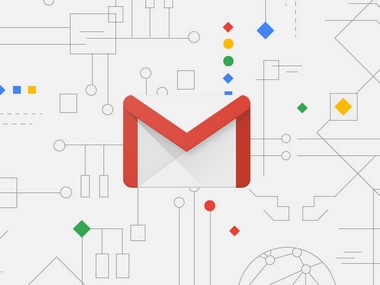 Rumours of an overhaul had begun earlier this month and the official reveal states that we going to see a host of AI enabled features that were leaked. This includes the ability to snooze emails, access GSuite apps with ease and nudge people to follow up on emails. Gmail also gets smart suggested replies which Android users might be accustomed to but now users also get it on the web version.

While these are just some of the major additions in terms of features, Google has added a ton of new additions to make Gmail a breeze to use on the web version. According to a blog post enlisting these additions, managing one's inbox is no longer as cumbersome as it used to be thanks to new action buttons for each email which show up as you hover over each and every one of them. "Chips," as Google likes to call them, now show up beneath the subject line of emails with attachments, allowing users to open them up directly from the main inbox screen. These chips can also be seen in the mobile version of Gmail.

Gmail will now also detect if you are receiving promotional content repeatedly from particular handles and then adds a card to quickly unsubscribe to such emails. Google has also incorporated AI chops to scan your emails to detect which are to be tended to on priority. Google Inbox users might be already familiar with most of the additions but Gmail gets them too now. Google has also incorporated AI chops to scan your emails to detect which are to be tended to on priority. Image: Google

Now, Google's overhaul here has been engineered to cater to business users with the goal of stealing business away from Microsoft and users on its workplace oriented offerings. One advantage that Microsoft had over GSuite users so far was a robust offline mode and that has been finally added.

On the design front, Google's web interface now lets users collapse the left side panel which was earlier fixed. This opens up more space horizontally but not all users want this according to Google. Gmail, therefore will now prompt users to decide on a vertical display which includes only three layouts now - Default, Comfortable and Compact.

The changes to Gmail also fulfill another top demand of business executives - message expiration. Users can now enable a “confidential” option when sending an email and can time-limit its access to recipients. The new option also requires them to enter a one-time passcode sent to their phones to read it. This feature works even if the recipient uses a different mail client.

One of the other business-centric features added to Gmail is IRM or integrated rights management. IRM allows you to block the option to forward, copy, download or print messages. This essentially helps reduce the risk of confidential information being accidentally shared with the wrong people. IRM on Gmail allows you to block the option to forward, copy, download or print messages. Image: Google

Google also seems to be actively working to reduce phishing attacks by incorporating machine-learning algorithms to run rigorous safety checks on every email. Phishing warnings will also show up in red, alerting the user when he/she opens a suspected mail.

Overall, this is undoubtedly one of the biggest overhauls Google has meted out to Gmail and it should see a number of Microsoft's clients move to Google. But whether regular users really like the update is something we will have to wait and watch. At the time of writing this report, changes to the web version of Gmail remains unchanged, though the Android app does reflect most of the additions mentioned in the update.