For the first time ever, street performers in London will accept cash via a contactless payment scheme

For the first time in London, select performers who are often seen busking in the London streets will be offered with a system of contactless payment.

If the popular American sitcom F.R.I.E.N.D.S. was made in 2018 and was shot in London, rather than in the US, one would have seen Phoebe cribbing less and happily performing or busking near a contactless payments terminal. 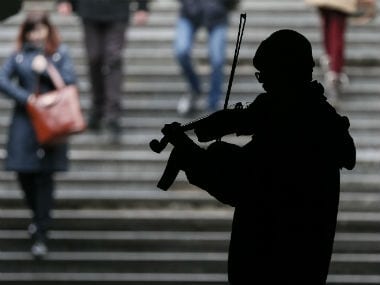 According to a BBC report, for the first time in London, select performers who are often seen busking in the London streets will now be offered with a system of contactless payment. In this contactless payment scheme, introduced by the London mayor Sadiq Khan in partnership with iZettle, the busker will be given iZettle card readers. The company was recently acquired by the US company PayPal for $2.2 billion.

The card readers will be plugged to smartphones and other devices. Since people usually do not carry change or coins, it makes sense for them to tap on the card reader.

According to London mayor Sadiq Khan, they intend to expand these services to other places in the city and to other buskers as well.

Charlotte Campbell was the first to try out the new scheme and she reportedly found an increase in the number of contributions made. She reportedly said that by looking at people making contactless payments, other bystanders followed suit as well.

This is not the first time that a contactless payment system has been used in offering small contributions.