Facebook is rolling out a new feature that will allow its users to know if a link they are posting is old news.

According to the company blog, the notification that has already started rolling out worldwide will pop-up when one goes to share something that is 90 days old.

The pop-up will prompt users to ponder if what they are sharing is still relevant or not. 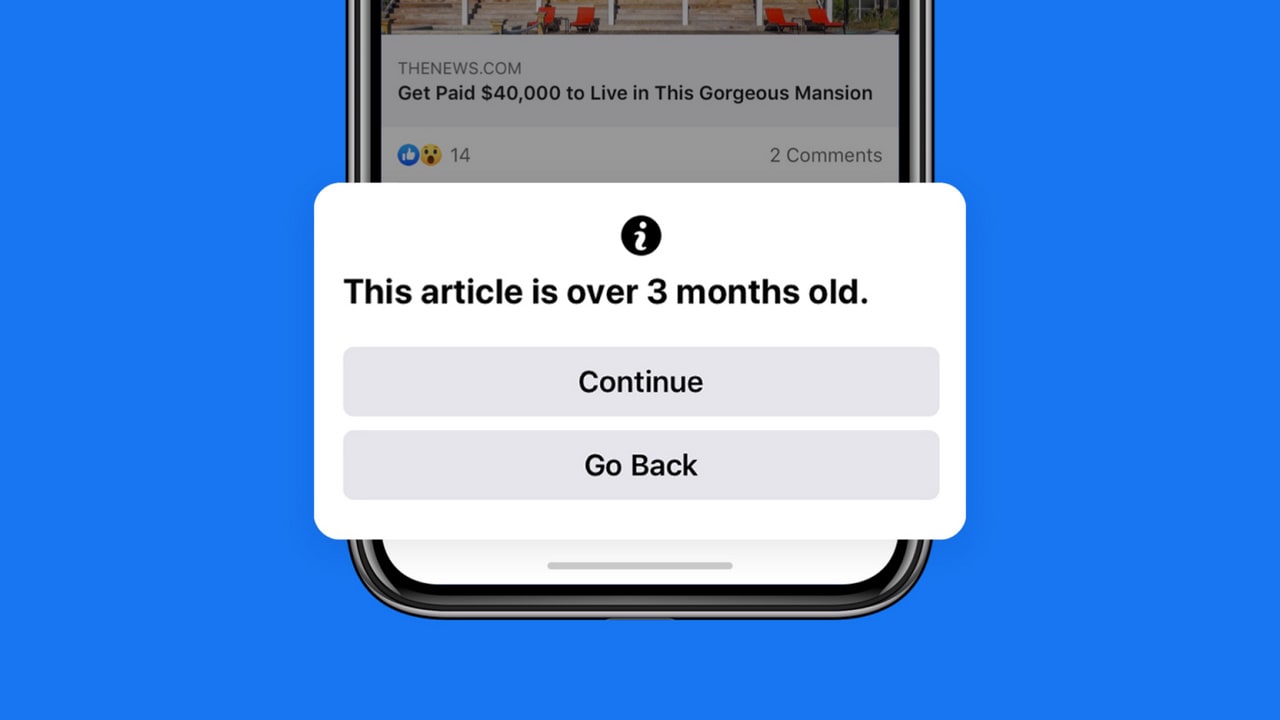 John Hegeman, vice-president of Feed and Stories, wrote in a company blog post, "Over the past several months, our internal research found that the timeliness of an article is an important piece of context that helps people decide what to read, trust and share."

He added that the issue has become a cause for concern for news publishers as it can cause confusion about the current state of a certain topic or story.

"To ensure people have the context they need to make informed decisions about what to share on Facebook, the notification screen will appear when people click the share button on articles older than 90 days, but will allow people to continue sharing if they decide an article is still relevant," he added.

According to a report in TechCrunch, last year Instagram too introduced a pop-up notification to discourage users from sharing offensive or abusive comments with a similar set of options.

Earlier in June Twitter had said it would test a feature on Android devices asking people if they would like to read the article they are about to retweet if they have not opened it already.