Facebook’s chief operating officer Sheryl Sandberg and Twitter’s CEO Jack Dorsey appeared on 5 September in the US Congress to defend their respective companies from doubts over their preparedness to combat foreign interference to influence US politics.

This comes just one year after both Sandberg and Dorsey, told the same panel that Russia had interfered during the 2016 US elections by using inauthentic accounts to send misleading political messages. 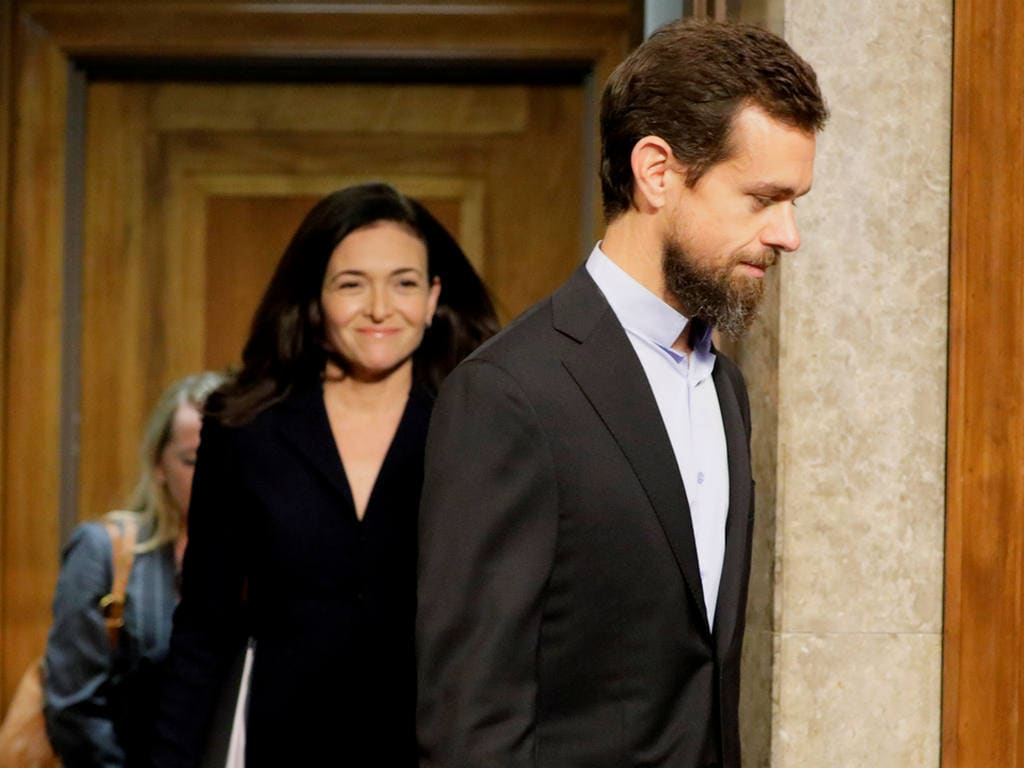 While Sandberg and Dorsey did okay, their promises weren’t enough for us to believe that tech giants are going to see an overhaul in their systems, or if they are really going to be regulated by lawmakers.

Google, on the other hand, simply did not show up.

Let’s take a quick look at what happened.

Lawmakers are now, more than ever asking these companies to assure that the tech space has taken adequate measures and is prepared for the midterm elections that are approaching.

Senator Richard Burr, who is the chairman of the Senate Intelligence Committee, who opened the hearing said that they have “learned about how vulnerable social media is to corruption and misuse. The very worst examples of this are absolutely chilling and a threat to our democracy."

While both Facebook and Twitter argued strongly that they had taken steps to clean up their platforms before the 2018 elections approach, they did acknowledge that they were slow to act and ill-prepared in the past. Sandberg said in a statement, “We were too slow to spot this and too slow to act. That's on us. This interference was completely unacceptable. It violated the values of our company and of the country we love."

Dorsey, on the other hand, said, “We found ourselves unprepared and ill-equipped for the immensity of the problems we've acknowledged. Abuse, harassment, troll armies, propaganda through bots and human coordination, disinformation campaigns and divisive filter bubbles -- that's not a healthy public square."

From the kind of questions that the Senate posed, it looks like they might, after all, have ways in which they can help these companies. While most questions were posed pointing towards the companies’ efforts to keep Russia and Iran from meddling with elections, what was interesting was that the senators asked companies things like, were they ‘American enough’ and how much money was made by the companies due to Russian efforts in 2016.

For those unaware, Iran has been responsible for a big disinformation operation on Facebook which targeted thousands of people around the world. Facebook then stopped stealth misinformation campaigns from Iran and also Russia, shutting down accounts as part of its battle against fake news ahead of elections in the United States and elsewhere.

Nothing much came out of the hearing, the promises were half-baked

Facebook and Twitter assured that they are working hard to filter foreign interference that sows discord in America especially during elections, but that’s about it. They pledged to protect their respective platforms against manipulation but did not explain ways that they will do so.

Sandberg said that Facebook will fight the problem with new technology and manpower. "We are even more determined than our adversaries, and we will continue to fight back," she said. She stressed that Facebook is working towards hiring more people to review content and is also investing more heavily in artificial intelligence that can spot fake accounts. Dorsey, holding his phone throughout the meeting, tweeted some of his opening statement to the Senate.

Abuse, harassment, troll armies, propaganda through bots and human coordination, misinformation campaigns, and divisive filter bubbles…that‘s not a healthy public square. Worse, a relatively small number of bad-faith actors were able to game Twitter to have an outsized impact.

He added that the platform is planning to label automated accounts or bots. He did say that “It's really a question of the implementation, but we are interested in it, and we are going to do something along those lines,” which is not very convincing.

Google did not bother joining the hearing

Google decided to pass on the chance to defend itself. It simply did not show up at the hearing. Its empty chair might just intensify the pressure against the company from lawmakers.

The Panel had earlier refused Google’s offer to send its legal and policy Chief Kent Walker. It however accepted company CEO Sundar Pichai.

“I’m deeply disappointed that Google — one of the most influential digital platforms in the world — chose not to send its own top corporate leadership to engage this committee,” said Senator Mark Warner.

Google’s absence, especially just two months away from the mid-term elections, does not show well on the company’s part. It is glaring and disappointing for many, given the company’s size and its influence. The move might have just put the company to further scrutiny than before.

Republican Senator Marco Rubio said the company might have skipped the hearing because it was “arrogant.”

Social media platforms will now face questions from the Department of Justice (DOJ) over allegations of political bias, an issue flagged by US President Donald Trump. The meeting will take place on 25 September, and concerns that social media platforms are “intentionally stifling the free exchange of ideas” will be discussed.

The statement was released by the DOJ on 5 September, however, it does not explicitly mention Facebook and Twitter.  It neither known which state attorneys general would attend.