The lens filters and a front-facing screen are the new Osmi Action's highlights.

DJI has launched a new Osmo Action camera, which will stand directly in competition with GoPro's new Hero 7. It is priced at $349 and is already available for purchase on Amazon (US only for now). GoPro Hero 7 (review), on the other hand, costs $369 in the US and about Rs 31,000 in India.

The highlight of the Osmo Action camera is that it comes with a dual display, one at the front and one at back, which makes it much easier to frame shots of yourself. The camera also comes with a screwable lens covers that allows you to replace cracked glass or add an ND filter to the lens. 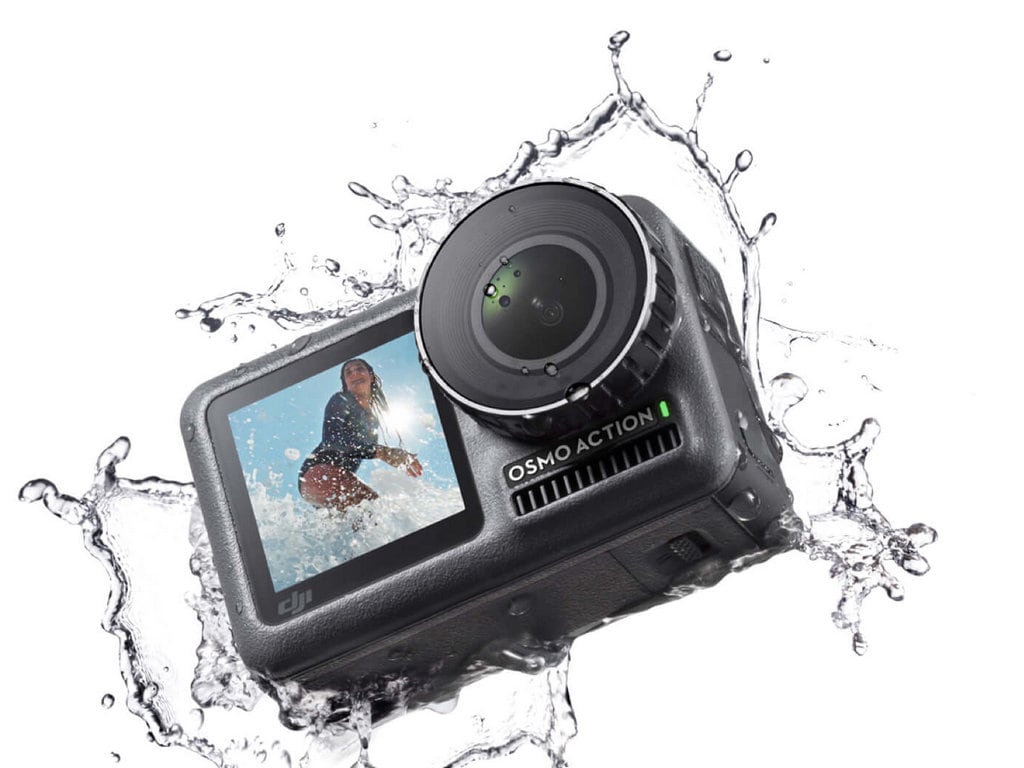 Additionally, the camera supports 4K videos at 60 fps, along with support for HDR. The camera will also let you shoot 8x slow-mo videos at 1080p at 240 fps. It has a video bitrate of 100 Mbps and also comes with a RAW photo mode.

The Osmo Action camera can apparently offer 63 minutes of battery life at 4K setting, and up to 135 minutes at 1080p with stabilisation off.

In addition to that, the Osmo Action is waterproof to 11 m or 60 m with a special case.

DJI is also building an ecosystem of accessories, including a charging hub that can top up three batteries at once and a floating handle to make sure the camera doesn’t sink to the bottom of the ocean.