The advertising model and opaque ad-targeting of these platforms ends up undermining trust in political advertising itself.

A mass exodus from Twitter over to open-source microblogging community Mastodon is in the news, and it’s not the first time that users have responded to social media’s opaque content moderation policies in this way. Calls to #deletefacebook abounded after the Cambridge Analytica scandal broke, and have resurged in light of Facebook CEO Mark Zuckerberg’s private meetings to cultivate conservative allies.

The hope with such popular uprisings is that social media platforms will face consequences for bad policies. According to one study, 60 percent of 1,006 habitual internet users agreed that Twitter nurtured a toxic audience and 71 percent said Facebook was the most toxic social media platform. Yet, only 28 percent of users stopped using Facebook on this count. 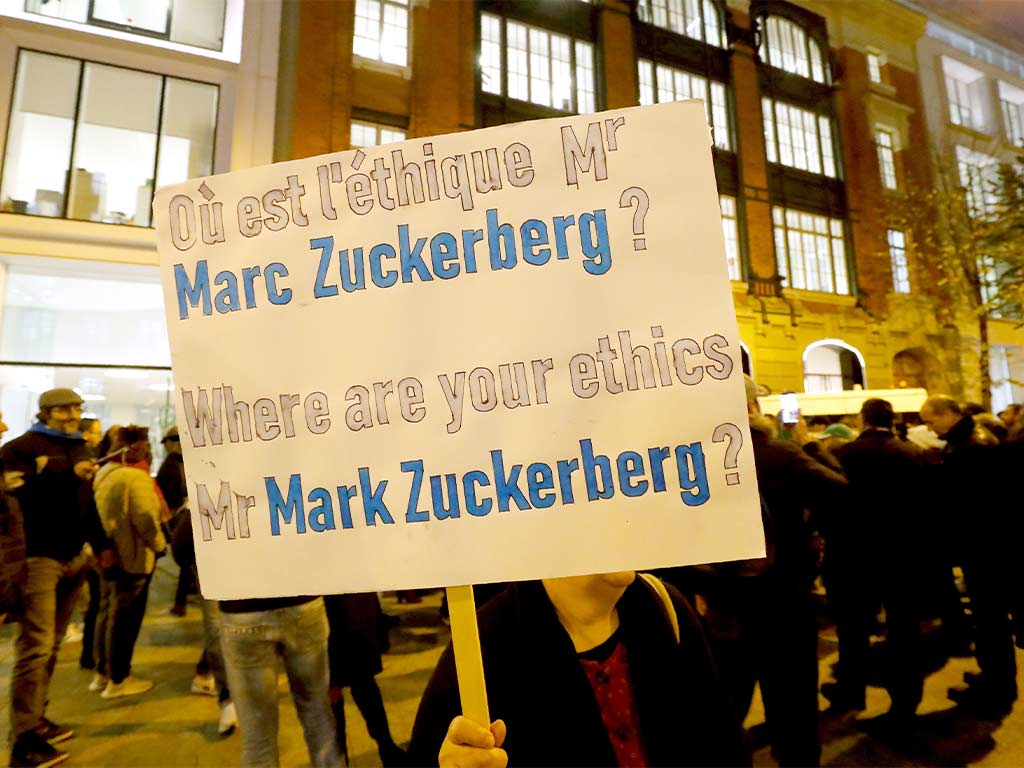 Protesters demonstrate against Facebook policies in Algeria in front of Facebook's headquarters in Paris. Getty Images.

Another study of 11,800 people across nine countries showed that though users say they need time away from the internet, they cannot live without it. This despite the fact that half of them actually reported not trusting social networks. These findings indicate the undeniable inequity between the power of users and the sway of the platforms they interact on.

Social media may be broken, but are we really able to detach from its significance in our everyday lives?

The inequity in this is structural. Social media platforms have become the communicative publics of today. They are the scaffolding that frames social mores and cultures. Yet, their essentially privatised and globalised nature gives them an inordinate immunity from public oversight. At a conference in Lisbon earlier this month, Europe’s antitrust chief Margrethe Vestager, asserting the need to rein in social media giants, said, “If it’s only in your feed, between you and Facebook, and their micro-targeting of who you are, that’s not democracy anymore.”

But what should regulation look like? According to Zuckerberg, and Twitter CEO Jack Dorsey, this seems best left to the conscience of tech giants. On the question of banning false political ads in view of the UK General election and the upcoming US presidential elections, Zuckerberg chose to “err on the side of greater expression”, while Dorsey proposed to stop all political advertising on Twitter globally. Facebook’s own employees separately petitioned their CEO for a reconsideration that Zuckerberg countered with a rather lame “no one can accuse Facebook of not deeply thinking through the question and its downstream ramifications.” 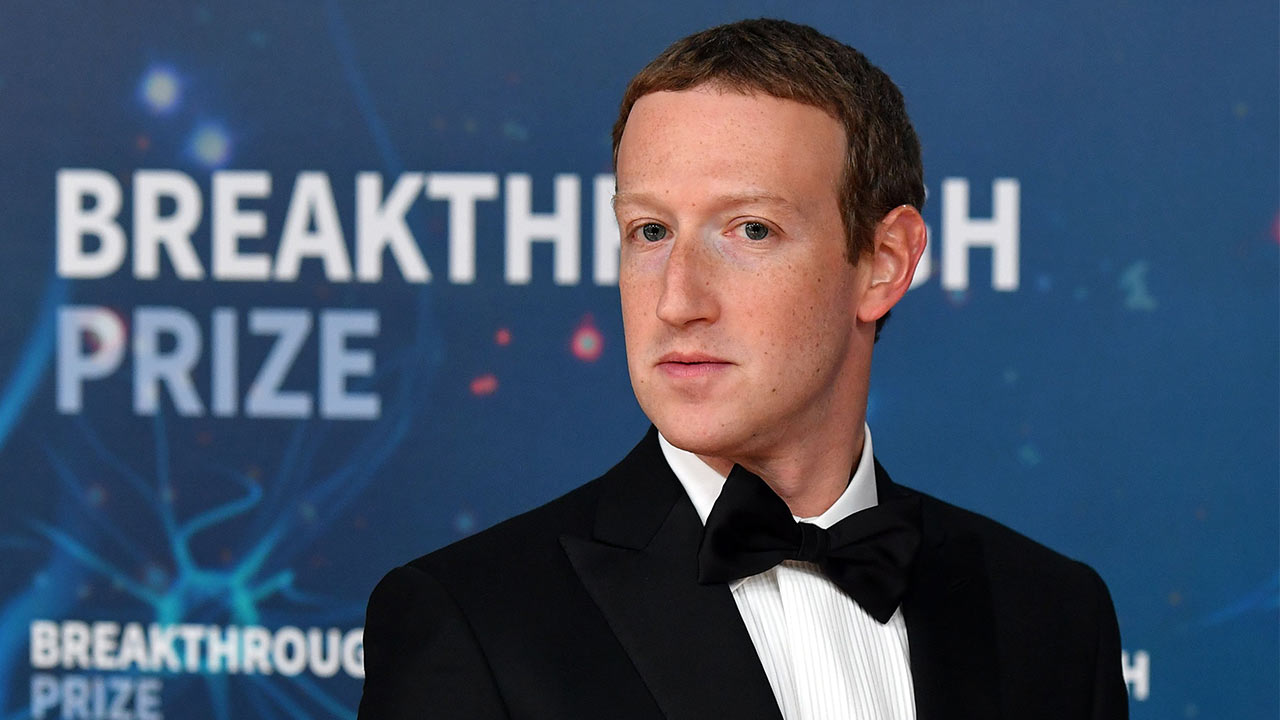 Facebook CEO Mark Zuckerberg is happy to take money from politicians in exchange for letting them lie. Image: Getty.

The problem with social media giants is not only that their extreme power allows them to manipulate opinion formation, but also that their pan-global reach doubles up for a default legitimacy. This obfuscates how they literally move the pieces through algorithmic manipulation to generate click-bait (and this means privileging politically divisive content). It also hides their responsibility with respect to core democratic processes — that impact constitutional values, elections, creative expression, public participation, discrimination and freedom from violence.

States have always regulated speech, including advertisements, and especially political speech. While the US has the Federal Trade Commission (FTC), India has a series of enactments and codes and voluntarily imposed industry standards that regulate advertisement. During elections, the model code of conduct and its pre-certified rules for political ads kick in and apply to social media as well.

Regulations by states on advertisements in media have been contentious aspects of our polity. These have been richly debated in court cases ranging from Sakal Papers and Hamdard Dawakhana to Indian Express Newspapers and Tata Press, which have all found that Art 19(1)(a) of the Constitution protects speech that contributes in some way to democracy, and advertisements or commercial speech are protected for the reason that they allow media to earn revenue and retain independence, which is seen to foster democracy.

This connection between democracy and free speech is useful in understanding better what the seemingly opposing stances of Facebook and Twitter about political ads tell us. The real contention in online political advertising is about the illegible consequences of algorithmic hypertargeting.

Zuckerberg seeks justification for his decision by claiming that political ads make up a very tiny part of Facebook’s overall advertising revenue (less than 1 percent or around $350 mn). This statistic by itself says nothing about the profiling, sorting and targeting that Facebook’s sophisticated and opaque algorithms do to deliver political ads.

It is now well acknowledged that powerful social media corporations hold sway over electoral outcomes. Also, quite significantly, even with scandals and public relations crises over privacy and election meddling — events that have kept the platform in the news — Facebook continues to grow.

Facebook and its targeting tactics, therefore, matter, and matter deeply to the democratic force field of elections. Mozilla Foundation’s open letter to Facebook and Google underlines this, pointing to how the advertising model and opaque ad-targeting of these platforms ends up undermining trust in political advertising itself. 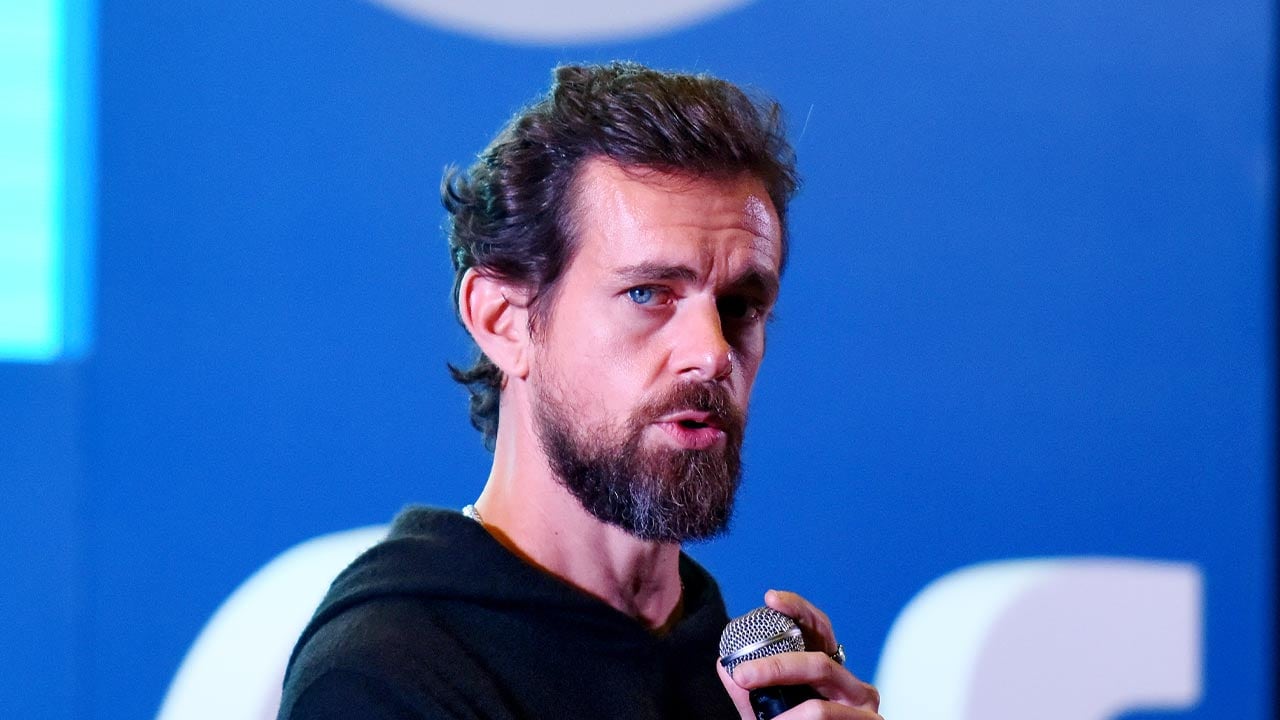 Twitter on the other hand seems to have taken an ostensibly moral high ground to ban political ads. What experts say however, is that this will not prevent bot armies from gaming Twitter’s trending topics, which act as an unofficial advertisement space anyway. Here again, the issue is of algorithmic virality and platform power to manipulate the democratic public sphere.

There was a time in 2012 when Twitter referred to itself as the “free speech wing of the free speech party", a description that Dorsey is no longer comfortable with in 2019, as concerns of “other fundamental human rights, such as privacy and physical security” have presented themselves much more visibly. Taking the line that they are not “absolute absolutists", Dorsey seems to have played to the gallery. But it is worthwhile to not forget that this assertion conveniently skirts the issue of Twitter’s consistent arbitrariness and opacity with respect to account deletion, where it has instead insisted upon a “commitment to impartiality”.

There’s been a lot of discussion this week about Twitter's perceived bias in India. To be clear, whether it's the development of policies, product features, or enforcement of our Rules, we are impartial and do not take action based upon any ideology or political viewpoint.

The social media race is about staying power in the attention economy. And the debate on political ads only shows how market interests are paramount, and all other claims justifying the to-do or not-to-do are but corporate caprice to manage the moods of the virtual public sphere. What is apparent is that Facebook and Twitter’s decisions — opposites as they are — have a profound common ground in that neither is principled or driven by the interests of users.

The debate on political ads must therefore refocus its energies on the democracy connection to social media. Media’s independence to foster democracy cannot be tantamount to a private fiefdom’s impunity to manipulate and control the communicative publics of a society.

The popular sentiment till recently has been to go with a wide range of tools, essentially, non-criminal remedies, that don’t endanger freedom of expression. David Kaye, the UN Special Rapporteur for Freedom of Expression, recommends (PDF) that states and businesses can use greater transparency requirements, education programmes, counter-speech and counter-narratives, deferring to independent judicial authorities, and so on. The recently released Christchurch principles (PDF) similarly recommend a set of roles and responsibilities for digital technology companies, states, and civil society organisations to not only protect and respect human rights, but also to defend those democratic norms, practices and institutions that enable rights to flourish.

However, while corporate self-regulation is useful, ‘community guidelines’ alone cannot provide sufficient checks-and-balances to tackle the steady loss of trust that is eroding the public sphere today. This is true even for Mastodon and its open-source communities.

In the vacuum of a larger, democratically formulated legal framework for social media accountability, corporate processes such as Facebook’s Oversight Board, are a Stepfordian nightmare. There is an urgent need for a content governance regime that can serve the purpose of deepening democracy. The law in this regard cannot become an instrument that legitimises private censorship, but must aim to slow the spread of intolerant attitudes, weaken extremist political forces, and be safe from abuse by authoritarian populists, also providing judicial oversight and user right to appeal.

There is a lot at stake in the digital context for human rights, social wellbeing and democracy — and it is crucial that we bell the cat on social media and its lawless impunity. Even Zuckerberg agrees that a “common global framework” and laws that all social media sites can adhere to are welcome.