Realme Q will feature a quad-camera setup at the back and will be unveiled in China on 5 September.

Realme is all set to launch its Q series in the next few days in China. It was expected that the Realme Q series is the same as the Realme 5, and the latest leaks appear to confirm that.

As per a post shared by Realme on Weibo, the Realme Q will have a quad-camera setup at the back with a 48 MP camera as the primary sensor. The image teased also confirms that the smartphone will be powered by Snapdragon 712 processor. This image also hints that the smartphone might have a three-digit price tag. Realme Q will also feature a quad-camera setup at the back, the same as Realme 5 Pro. Image: Tech2.

Several leaked hands-on images have also come up on Weibo and they confirm that Realme Q is the same phone as Realme 5 Pro. The images leaked show the same waterdrop notch display, quad-camera setup and a fingerprint sensor at the back. 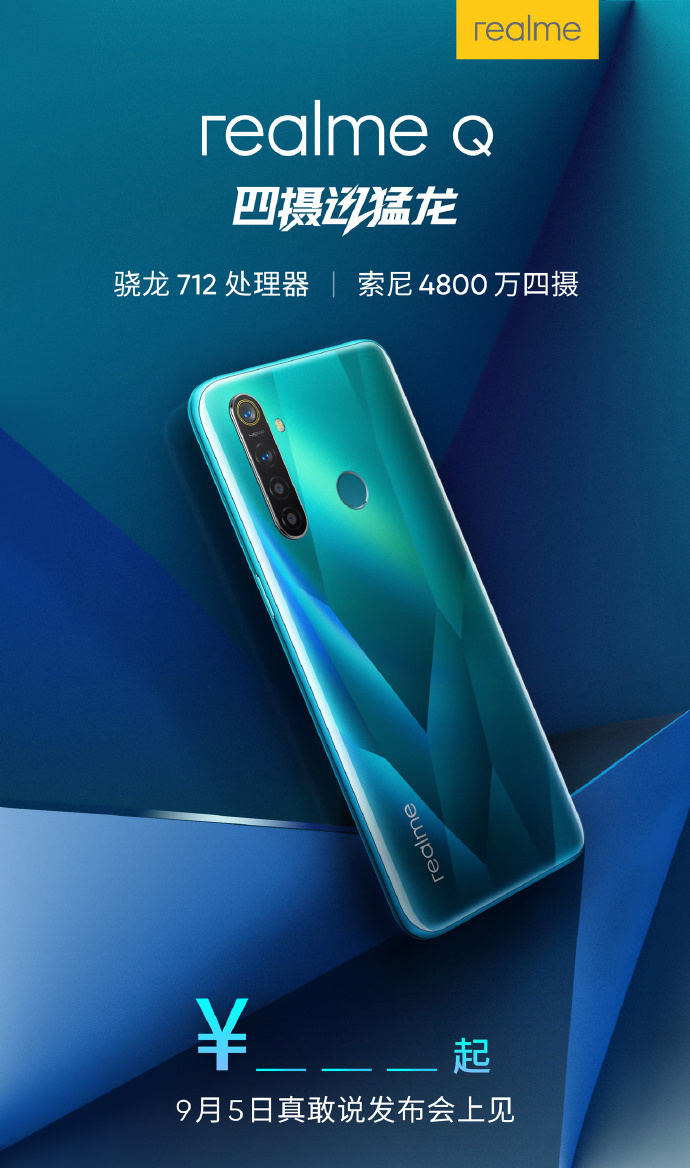 Realme Q will be unveiled on 5 September in China. Image: Weibo 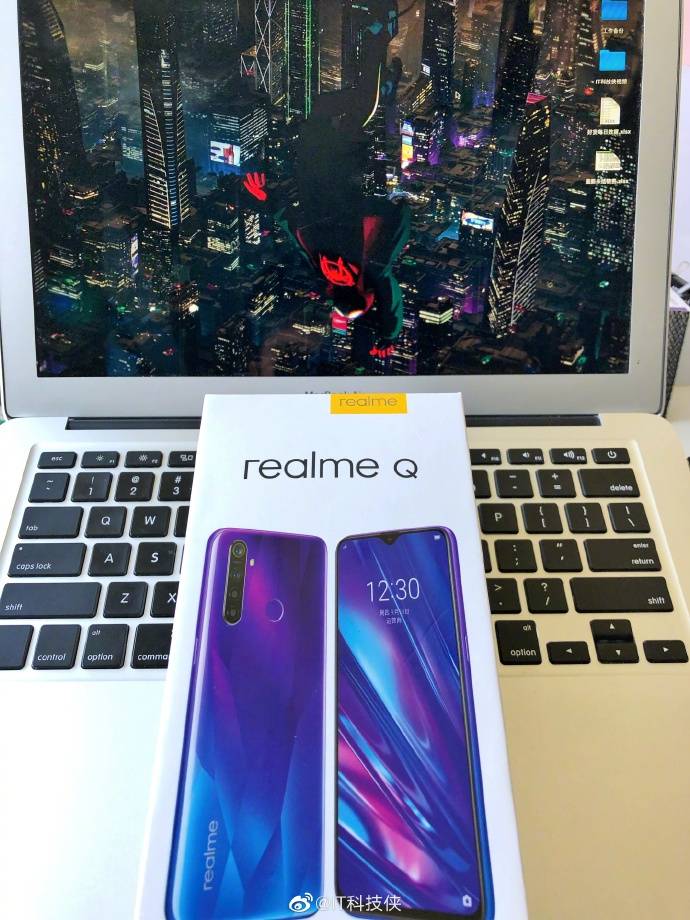 Leaked hands-on images of Realme Q hint that the smartphone will come with a quad rear camera setup at the back. Image: Weibo The camera setup at the back is expected to come with a 48 MP primary sensor. Image: Weibo. 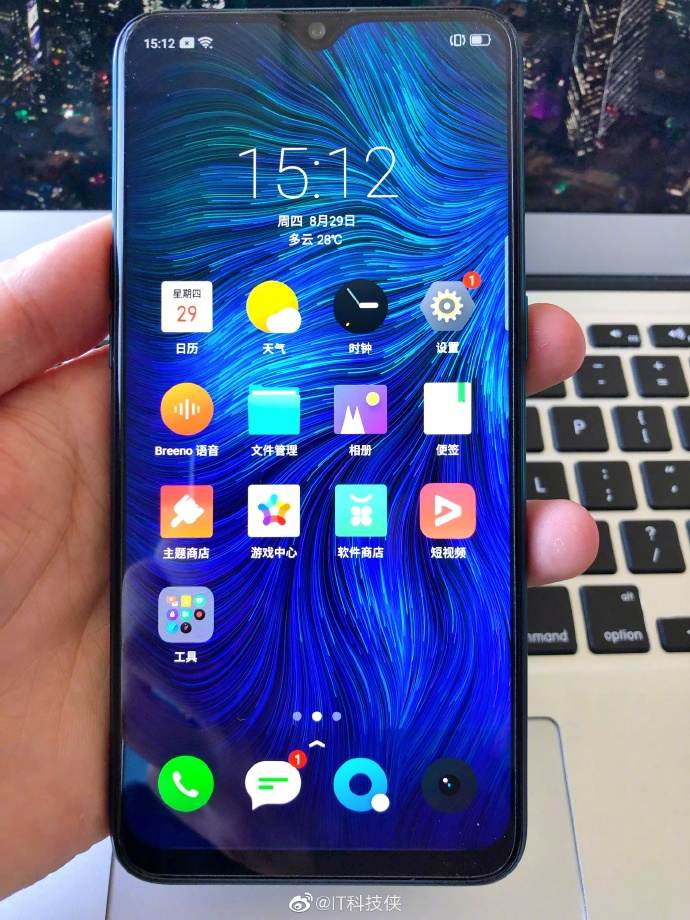 Realme Q is expected to come with a waterdrop notch. Image: Weibo

The Realme 5 Pro has a quad-camera setup which is a first for its price segment. The phone's primary lens is a 48 MP Sony IMX586 sensor with f/1.8 aperture and a 1.25-micron pixel size. The wide-angle lens in the quad-camera setup has a 119-degree field of view and an 8 MP resolution. Apart from a regular and wide-angle lens, the other two lenses are super macro and portrait sensors both of which have 2 MP resolutions.

Realme Q to be launched on 5 September, might come with Snapdragon 712 SoC