The Xiaomi Mi Note 3 features two 12 MP cameras on the rear side and one 16 MP front camera with Xiaomi's Adaptable AI Beautify mode.

Chinese smartphone manufacturer Xiaomi has launched a cheaper variant of its Mi Note 3 in China. The new 64 GB variant comes with 4 GB RAM and is expected to be priced at CNY 1,999 (around Rs 19,500). 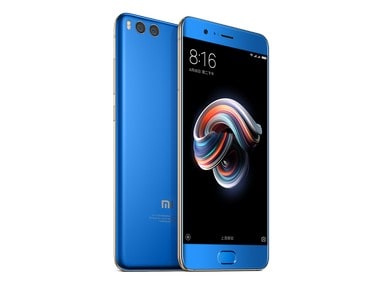 The Xiaomi Mi Note 3 in blue

The Mi Note 3 was launched in September and features 6 GB RAM and two storage options of 64 GB and 128 GB. The 6 GB RAM and 64 GB storage variant was announced at CNY 2,299 (around Rs 22,500) and the 6 GB RAM and 64 GB ROM at Rs CNY 2,599 (around Rs 25,500) in China. The model as per Playfuldroid simply adds to the variety and brings a 4 GB RAM variant with 64 GB internal storage, making it more affordable for interested customers in China to purchase one.

The smartphone features two 12 MP cameras on the rear side and one 16 MP front camera with Xiaomi Adaptable AI Beautify mode. It packs W-Fi, Bluetooth, NFC, IR blaster and a fingerprint reader on the front, and comes with a USB-C port at the bottom. The device is powered by a 3,500 mAh battery that supports Quick Charging 3.0.