While such a short time is not enough to give a full verdict of a phone, the Black Shark 2 has left me impressed.

Black Shark 2 gaming smartphone was announced in India on 27 May. Being a fan of mobile gaming (read as PUBG Mobile) I was definitely intrigued and excited about the device. Mind you the device has already been launched in China about three months back. But I believe that the main attraction of the device was the spectacularly competitive price of Rs 39,999, for a device that was so featured packed. I got to spend some time with the device and here are my first impressions. 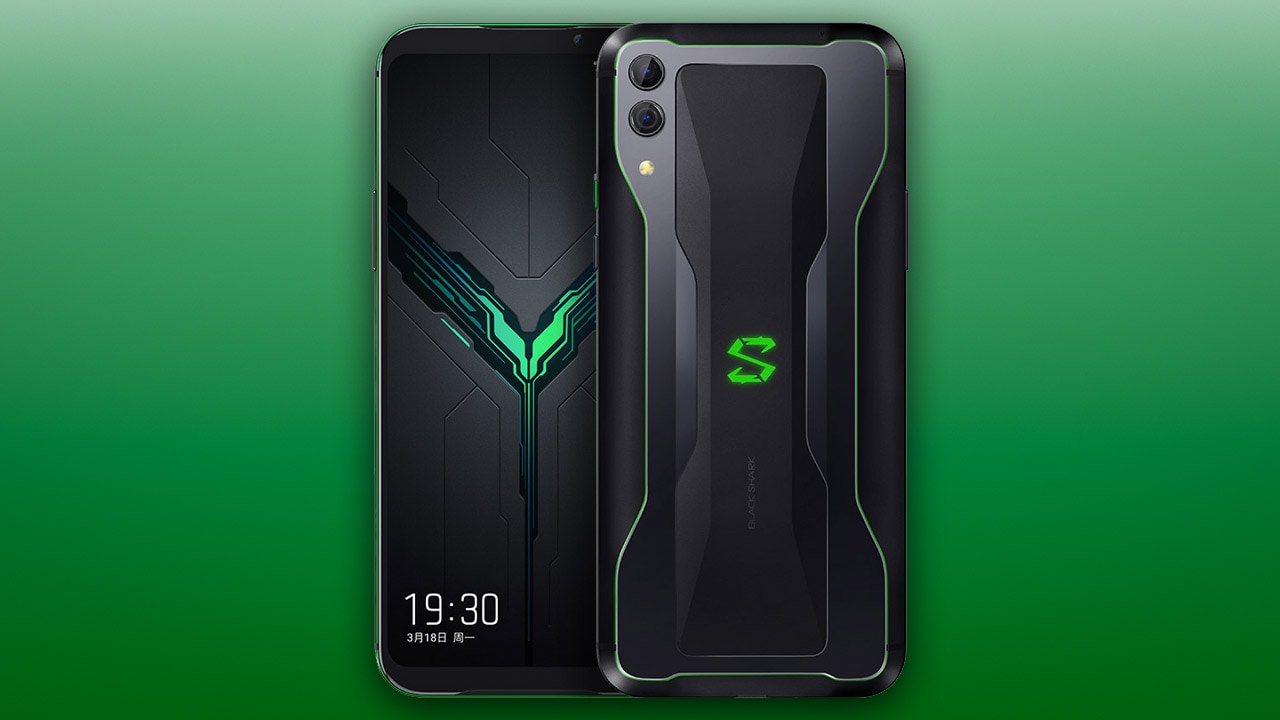 The Black Shark 2 is solidly built with textured back design and sides along with curved edges giving the phone a firm grip. Unmistakably, the first thing you will definitely notice is the absence of any notch, which has sort of become a trademark feature in smartphones nowadays. The phone's front has top and bottom bezels, which house the dual-speaker system in the device. There are reflective green strips running down the side of the phone, giving the device a subtle but attractive detail.

Lighting and gaming hardware go hand in hand and we see a light strip on either edge of the handset along with the Black Shark 'S' logo which also has backlighting. This lighting can be customised according to your choice as was the case in the ROG Phone as well with the ROG logo. The pattern of glass and metal on the back along with S logo gave out a very gamer-ish vibe to me.

On the left of the phone, there are volume controls while on the right is the power button along with the Shark Key toggle which lets you enter into a high-performance mode with just a click. There is no headphone jack on the phone which is pretty sad and there is a USB type-C port. There is also no expandable storage on the phone.

The display on the device is locked at 60 Hz which is a tad bit surprising considering ROG Phone (Review) and even OnePlus 7 Pro (Review) lets you max out at 90 Hz. Even so, the device flaunts a 6.39-inch AMOLED display with a 19.5:9 full body aspect ratio. There is also the fact that Black Shark 2 claims to have the lowest latency on a touchscreen smartphone yet and also has a pressure sensitive Master Touch feature which is said to be similar to the iPhone's 3D touch. I shall have to test that out in the full review.

The phone runs on the Qualcomm Snapdragon 855 chipset so we can expect blazing fast performance. There are two variants which are the 6 GB RAM + 128 GB storage and 12 GB RAM + 256 GB storage. The device also employs a multilayer liquid-cooling system which should keep the heat in check during gaming. Again a full review will reveal how fast the device is. 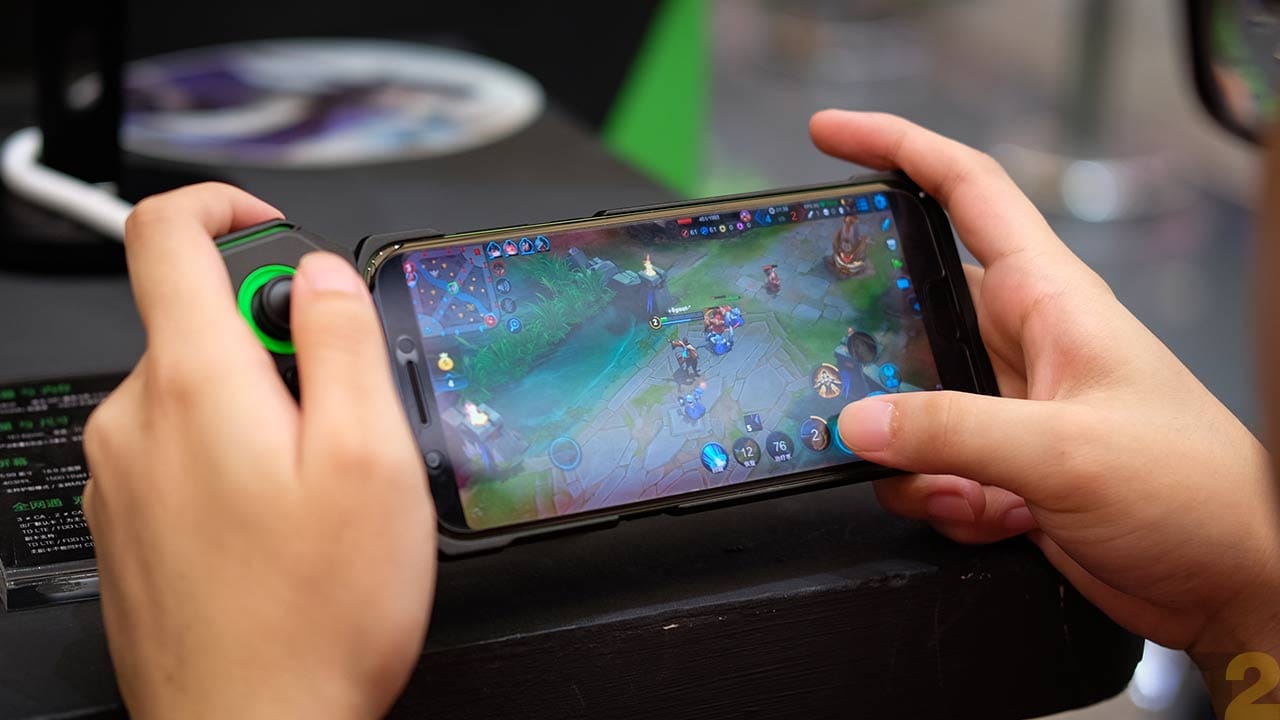 In terms of software, you can find that the device runs on Android 9.0 Pie and uses stock Android, which gets a thumbs up from me. There is the Shark Mode as well on the device which gives you access to settings such as shutting of calls and notifications along with your library of games. Another option in the drag down notification panel is Gamer Studio which connects your controllers, sets up the Wi-Fi connection or even starts the performance monitor which gives you access to phone temperature and clock speed.

The Black Shark 2 packs in a 48 MP Sony IMX 586 as its primary sensor and a 12 MP telephoto lens with 2X optical zoom as its secondary camera on the back. With the OnePlus 7 Pro also sporting a 48 MP sensor, it will be interesting to compare photos of the two devices. On the front, we find a 20 MP sensor, f/2.0 aperture. This is, however, a gaming smartphone and therefore my expectations of the camera are not very high.

PUBG Mobile on the Black Shark 2.

In the battery department, an integral part of any gaming phone, we see that the Black Shark 2 has a 4,000 mAh battery. It comes with Qualcomm QuickCharge 4.0 technology which charges at 27 W. The ROG Phone and OnePlus 7 Pro both come with 30 W fast charging capabilities.

While I used the device for a short while, it's enough to have me impressed. Black Shark 2 is squarely targetted at the mobile gaming crowd who was holding back due to the high price of the ROG Phone. With a Rs 39,999 starting price, Black Shark 2 is certainly going to be an attractive option to consider for the mobile gaming enthusiasts who also wanted a flagship device. Few kinks such as an absence of headphone jack and a lower refresh rate kind of bummed me out but the overall package is quite stunning.

I will be doing a detailed review of the Black Shark 2 in the coming days and making it go through its paces with every high-end game I can find. Do let me know if you have any questions regarding this phone in the comments section.