ASUS ZenFone Max Pro M1 with Snapdragon 636, 5,000 mAh battery launched at a starting price of Rs 10,999 as a Flipkart exclusive

The ZenFone Max Pro M1 has been announced as part of a partnership between Asus and Flipkart and will be sold exclusively on Flipkart's website.

ASUS has launched the ZenFone Max Pro M1 smartphone in India at a starting price of Rs 10,999. The device has been announced as part of a partnership between ASUS and Flipkart. 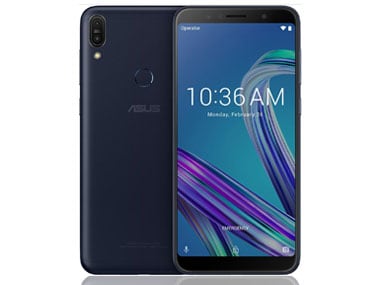 The phone will run Android 8.1 Oreo.

In the camera department, the phone has a dual-camera setup featuring a 13 MP sensor and a 5 MP one. The front camera is an 8 MP unit.

In terms of connectivity, the phone has dual-SIM slots, at least one of which supports 4G VoLTE. Thankfully, you get three slots, so you can use two SIM cards as well as a microSD card.

The entire setup is powered by a massive 5,000 mAh battery, which supports fast charging.

ASUS has launched the phone in two colours, Deepsea Black and Gray.

An accessory called MaxBox will be bundled with the phone. This device will apparently boost speaker volume two-fold.

A partnership with Vodafone means that Vodafone users will get plenty of bonus data.

Flipkart is also offering a killer deal, where subscribing users will get complete damage and theft protection. This includes doorstep pickup and delivery and a 10-day resolution guarantee.