Asus’s new flagship has the firepower, but everything depends on its camera.

It’s been a year now since Asus took up the challenge to take down OnePlus. While the Asus Zenfone 5Z packed in enough firepower and an attractive price tag to take down the OnePlus 6, it lost a few points on the camera front. This time, however, there’s plenty of improvements and it’s not just with the camera, but software, battery life and design as well.

Asus invited us to check out its brand-new Zenfone 6, and here are my first impressions. 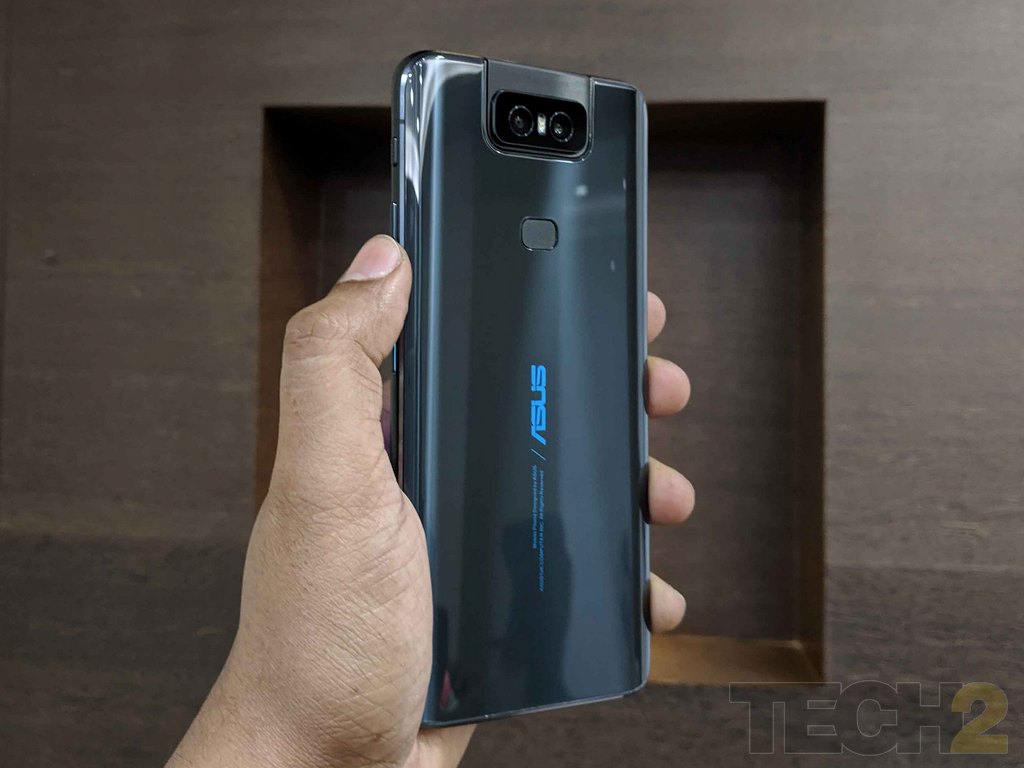 Bezel-less design with a NanoEdge display

OnePlus with the 7 Pro announced a smartphone with a bezel-less design and a 90 Hz display. Asus isn’t jumping on the 90 Hz wagon just yet, but the new Zenfone does feature a 6.46 FHD+ NanoEdge LCD display. It does not feature a notch like the OnePlus 7 but comes with ultra-thin bezels also making you question where the front-facing selfie camera is. Asus claims 600 nits of brightness and HDR10 support as well. The 3D glass back of the Zenfone 6 reminds us of the ROG gaming phone. Image: Tech2/ Sheldon P

There’s plenty of details everywhere and you really have to look closer for some of them. The LED notifications light along with the sensors are hidden under the top bezel to the right of the receiver speaker’s grille. The speaker itself does not sit inside the grille but in the camera unit that sits behind it, the grille is nothing but a cavity for the audio to pass through.

The Asus logo shines on the back and the same accent colour is used on the power button. Talking about buttons, there is a third key sitting above the volume rocker on the right edge of the device. Asus calls it the Smart Key and it can be customised to open everything from Google Assistant to apps and functions as well.

Design and specifications aside, it’s the camera that is the highlight of the device. And boy! Did Asus go bonkers with it! This is because the rear camera flips out from the back to show up at the top of the display as a selfie camera. The flip camera system is driven by a motor but is easily the fastest implementation of a flipping (or popping camera) we have seen till date. In fact, it’s fast enough to flip back into place in a fraction second if the phone detects that it's falling. Because the motor and gearing are so smooth, you can pan the camera to flip outwards slowly and this allows for some new functions that we have never seen on a smartphone camera before. You can take panoramas while keeping the smartphone still (and not to mention steady), use the display as a tiltable viewfinder display like on most DSLR’s today (which means you need to bend less while taking photos of kids) and even take selfies of tall buildings with you in it. Did I also mention that you can take selfies with the same 48 MP camera? 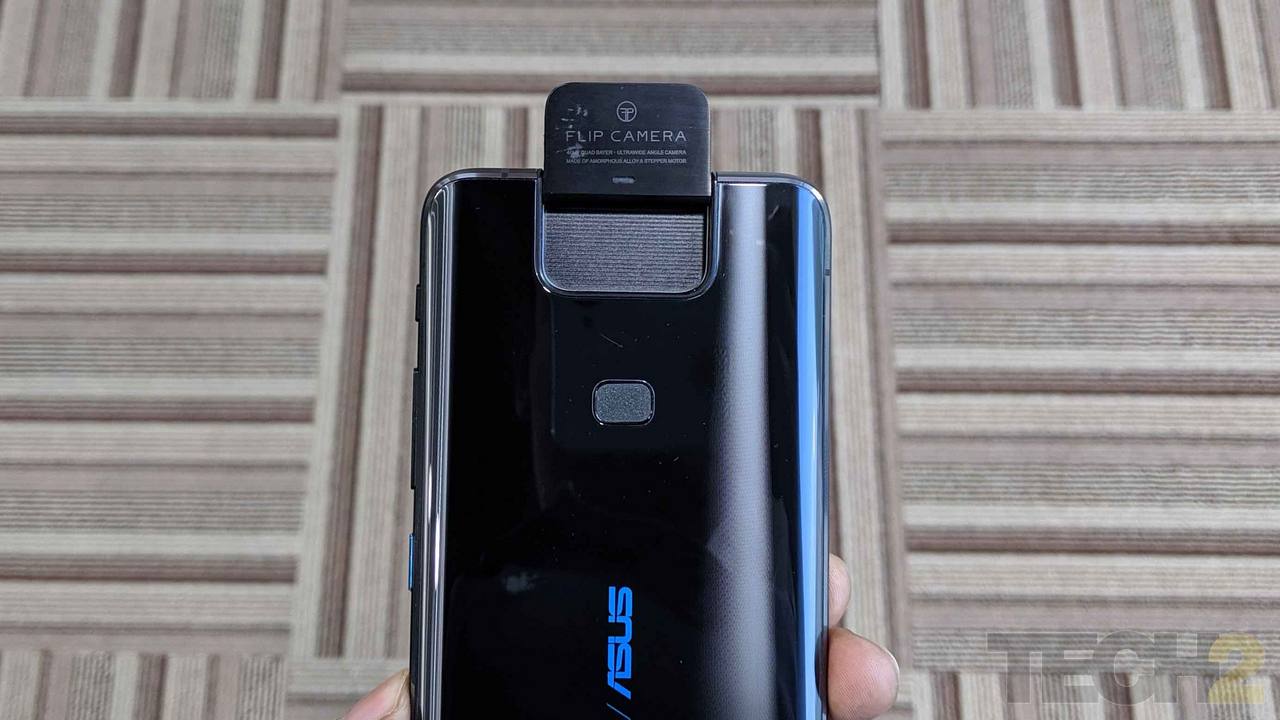 The primary imaging setup comprises two units, with a Sony IMX 586 sensor sporting 48 MP camera with an f/1.79 aperture and a 13 MP secondary camera with a 125-degree wide angle lens. There’s no OIS on either camera but they are assisted by a laser autofocus unit and a dual LED flash for dim lighting conditions.

As is the trend among smartphone manufacturers these days, the system also comes equipped with a night mode. Asus’s night mode, however, is in place to perfect night shots and not to the turn them into day as most cameras do.

The flip camera’s housing is made of liquid metal which according to Asus makes it incredibly strong.

A new take on software

While the Zenfone 5Z packed in a new and smoother version of Asus’s Zen UI, it still didn’t come quite close to the software experience delivered by the OnePlus 6. For 2019, Asus started afresh with an almost stock-looking Zen UI 6 Android interface with a few customisations like a system-wide dark mode.

Apart from this Asus claims that it has reduced bloatware to just 11 pre-installed apps.

The software felt fluid and smooth during my short hands-on time.

While it may not appear to be that way, Asus is competing in the numbers game. And it has a ginormous 5,000 mAh battery to prove just that. This massive battery is accompanied by Qualcomm’s Quick Charge 4.0 and can be charged using the 18 W charger which is in the box.

Locking horns with the OnePlus 7

While most of the hardware specifications will easily match or outdo the OnePlus 7 Pro on paper, it the OnePlus 7, that Asus is looking to take down. While the pricing for the India market aren’t out just yet, the Asus Zenfone 6 will be a very interesting addition to the mid-premium segment, that is currently owned by OnePlus.

With Honor soon to announced its 20 series and Oppo gearing up for the launch of the Reno, this smartphone segment is surely getting crowded. Asus Zenfone 6’s success entirely depends on its camera performance and pricing.