ASUS and ASUS Republic of Gamers (ROG) has emerged as the "best gaming hardware manufacturer" during August in three listed categories, motherboards, graphics cards and monitors, a poll said on Sunday. 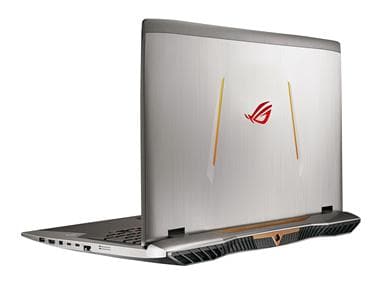 ASUS monitors got 45 per cent votes followed by BenQ (33 percent), Dell (15 percent) and Samsung (7 percent). The campaign started on August 24 and the voting closed on 5 September.

Recently, Asus announced the launch of its Zephyrus gaming laptop in India at a price of Rs 2,99,999. The laptop which falls under the notebook category is the first to come with Nvidia's Max-Q design architecture. Asus Republic of Gamers (ROG) claims that the Zephyrus is the world's slimmest gaming laptop to feature an Intel Core i7 7th Generation  Kaby Lake processor along with Nvidia GeForce GTX 1080 graphics card.While the price tag may not be a consumer friendly, the Zephyrus packs the latest and greatest when it comes to internal specifications despite its slim profile.