Apple's iPhone 8 expected to release on 12 September; could come in 512 GB variant as well, say reports

As per the report, the details of the launch have already been shared with people involved with the marketing of the device as well as inventory.

If rumours are to be believed then Apple could follow its annual September tradition of releasing its phones. Apple's tenth-anniversary phone, the iPhone 8, is expected to release on 12 September. 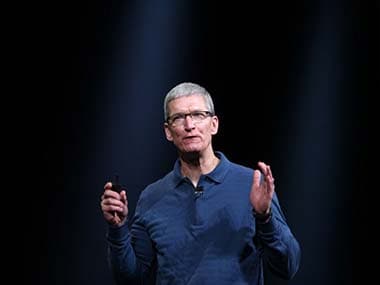 Even though there is no confirmation from the US tech giant, who are extremely secretive about their design and releases; a report from Mac4ever, suggests that the date is expected to be 12 September. As per the report, the details of the launch have already been shared with people involved with the marketing of the device, as well as inventory.

As per previous reports on various leaks, Apple is expected to launch the iPhone 8 along with iPhone 7s and 7s Plus. As per earlier tip offs, iPhone 8 will come in 64 GB and 256 GB variants. Another leak by Weibo suggests another variant of this phone would come with a 512 GB storage.

Apple’s much anticipated tenth-anniversary phone is expected to come with a wireless charging technology. In early June, at a shareholders meeting, Wistron chief, Robert Hwang, in a slip of tongue had revealed that the new phone would be waterproof and have wireless charging. Wistron which is Apple’s iPhone’s assembler, thus indicated that they may have to change the assembly process for the new additions.

The new iPhone will come with iOS 11 which was announced at Apple's Worldwide Developers Conference this year. A number of reports also suggest that the new iPhone will feature an OLED screen and a bezel-less design.

With the iPhone 7, Apple introduced optical image stabilisation (OIS) for the regular iPhone. It was a much-needed feature that took its time getting to the smaller iPhone. The Plus model introduced a dual-camera system with a wide-angle and normal lens (Apple calls it telephoto, but it’s only a 56mm equivalent lens), but the latter lacks OIS. While a new and “improved” camera is expected, no one is expecting much from the system other than OIS for the normal lens, says MacRumours.