The iOS 11.3 brings in a lot of new features, including that promised feature of giving you an indicator of your iPhone's battery health, new Animojis, health records among other things

Apple has released iOS 11.3 which is the biggest update since the launch of iOS 11. The iOS 11.3 brings in a lot of new features, including that promised feature of giving you an indicator of your iPhone's battery health, new Animojis, health records among other things. iOS 11.3 will be available for all supported devices including the iPhone 5S and later, iPad Air and later, iPad mini 2 and later and sixth-generation iPod Touch. 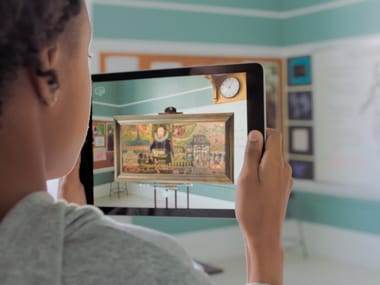 Apart from the iOS 11.3 update, Apple also released smaller updates for tvOS and watchOS (watchOS 4.3). So let us take a look at some of the major feature upgrades that iOS 11.3 brings in.

Apple was in a soup late last year after it emerged that it was throttling processor speeds to ensure the phone's lifespan was increased as the battery aged over time. To assuage the anger of iPhone users, Apple had stated that a beta version of its iOS 11.3 operating system would add new features to show battery health and recommend if a battery needs to be serviced. Users would also be able to see if the power management feature that prevents unexpected shutdowns is on and can choose to turn it off.

With the iOS 11.3, Apple has delivered on that promise. iOS 11.3 adds new features to show battery health of an iPhone and recommend if a battery needs to be serviced. This can be found in Settings > Battery > Battery Health (beta) and is available for iPhone 6 and later. You can now disable performance throttling on older iPhones which have aged batteries. Apple is calling this a beta feature. 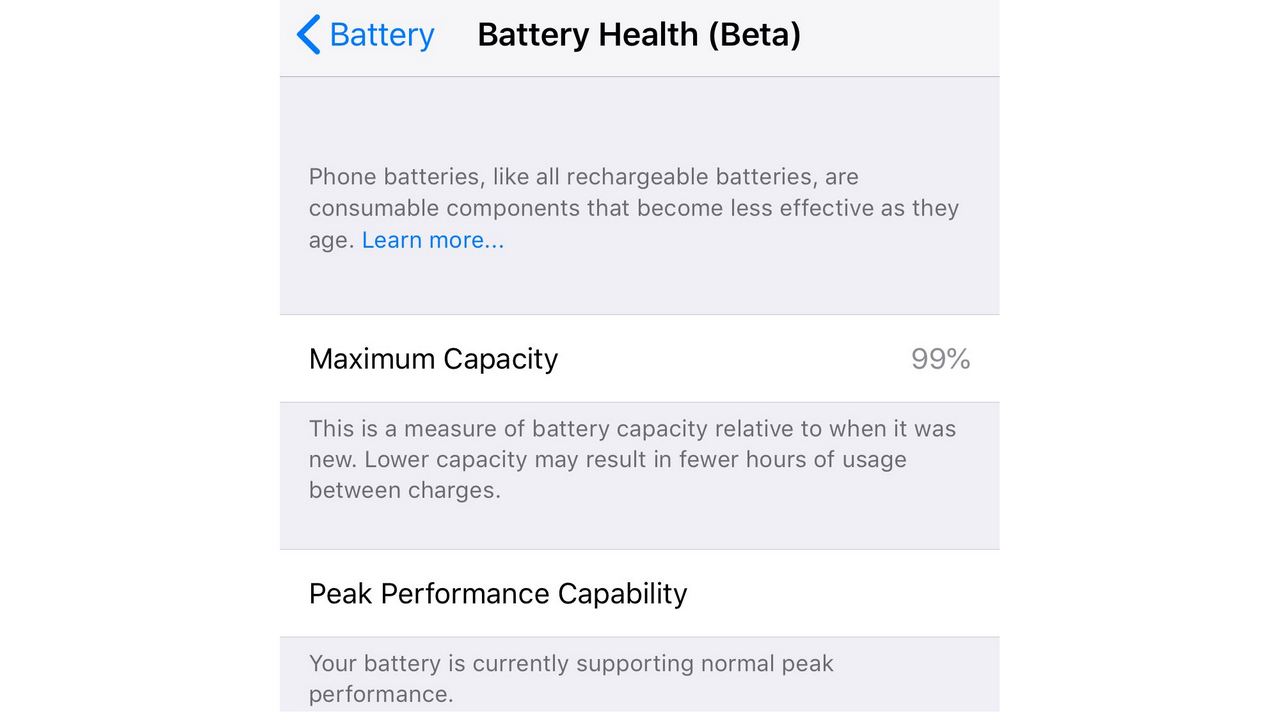 On entering the Battery Health mode, you see two things, namely Maximum Capacity and Peak Performance Capability. Apple has also linked a webpage explaining the physics behind ageing batteries. Maximum Capacity according to Apple is a measure of the battery capacity relative to when it was new.

For newer iPhones, where the phone hasn't shut down due to lower battery capacity, under the Peak Performance Capability, you will simply see a message, "Your battery is currently supporting normal peak performance". But if your battery capacity has dropped significantly you get a message, "The iPhone has experienced an unexpected shutdown because the battery was unable to deliver the necessary peak power. Performance management has been applied to help prevent this from happening again." This means that Apple has throttled the processor speeds to give you the optimal performance. You get the option to disable the performance management.

In case your battery needs to be serviced, Apple also prompts you with the message, "Your battery's health is significantly degraded. An Apple Authorised Service Provider can replace the battery to restore full performance and capacity."

Apple has tried to address the issues it had faced a backlash for last year, by ensuring the customer knows at every step of the way about the iPhone's battery levels and performance capability.

"Using advanced computer vision techniques to find and recognise the position of 2D images such as signs, posters and artwork, ARKit can integrate these real-world images into AR experiences such as filling a museum with interactive exhibits or bringing a movie poster to life," says Apple. ARKit 1.5 will also support autofocus in AR views. 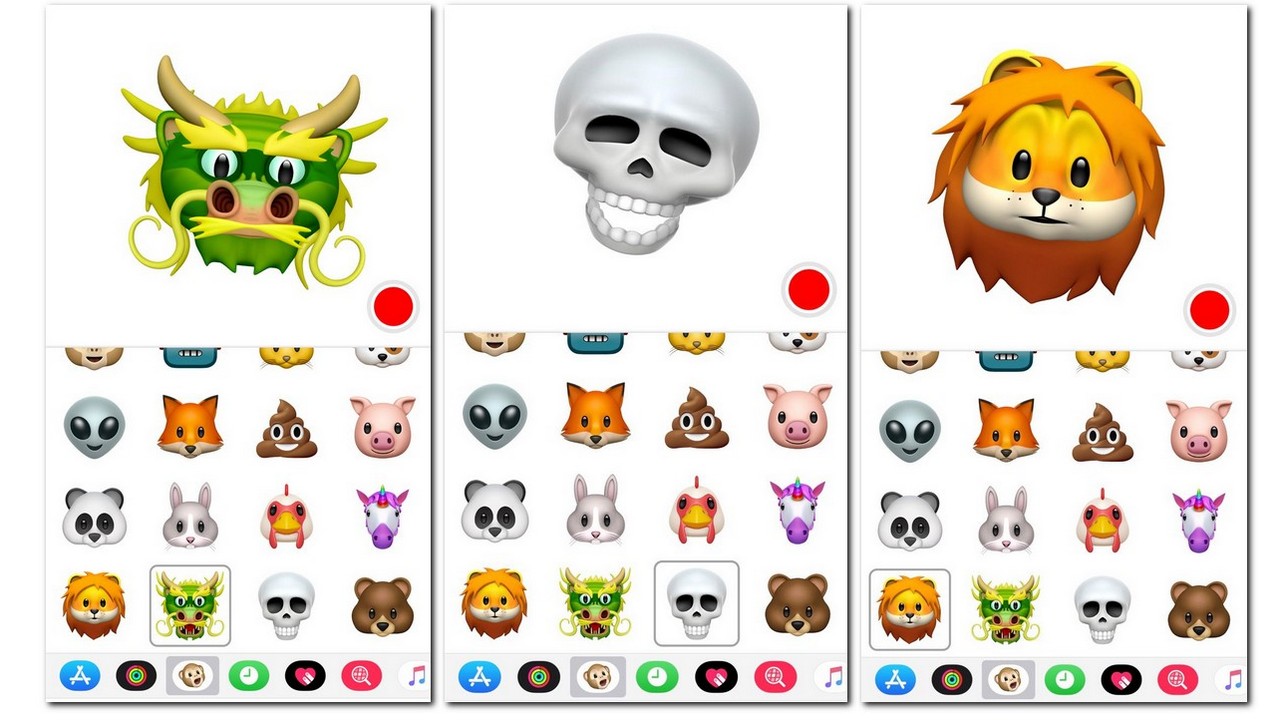 Four new Animojis have been added to Apple iOS 11.3

This feature is specific to iPhone X users. As we see more Android phone makers letting you play around with AR stickers and animations, Apple has decided to add more Animojis to its latest update. Among the new creatures, you get a lion, a dragon, a skull and a bear Animojis. The bear looks visually different from the panda bear Animoji that was present in iOS 11. The Animojis still function the same as before, mapping your facial muscles to the animated characters and making them interact.

The first thing that you will come across after you have installed iOS 11.3 is a new data policy. According to Apple, for iOS 11.3 and macOS 10.13.4, an updated data and privacy information focussing on personal user data have been added.

This feature will only be launching in the US and Canada and is concerned with helping users to communicate more easily with businesses or reach out to a live person to ask questions as well as to make a purchase using Apple Pay. This communication will happen in your Messages app. Think of it as a text-based customer support over which you have complete control. You can activate this by tapping on the Messages icon seen on Safari or Apple Maps or iOS searches for businesses. You can even schedule a delivery and make payments using Apple Pay from within the Messages app.

This feature is more relevant to the US market users. Health Records lets patients from more than 40 health systems such as Duke, NYU Lagone, Stanford, Yale to see their medical records from multiple institutions on their iPhone. This gives patients greater access to their lab results, medications, conditions and more. Apple is encrypting Health Records data and it will be protected with a passcode.

Along with the major updates above, Apple has also added some minor features to iOS 11.3. Apple Music will now stream music videos without any ad interruptions and you can watch your music video playlist without any interruption. Apple News will have a new 'Video' group in the 'For You' section. Apple TV app will now be available in Brazil and Mexico in addition to US, Australia, Canada, France, Germany, Norway, Sweden and the UK. Support for Advanced Mobile Location (AML) to automatically send a user’s current location when making a call to emergency services in countries where AML is supported.