After JioSaavn and Gaana recently reduced their subscription prices by a whopping 70 percent, Apple Music has now followed suit as well.

While Indian Express reported this first, we also confirmed it on the Apple Music website in India, the prices of the Individual subscription plan in India seems to have been slashed. After cutting the priced of the Apple iPhone XR, this is the second instance of Apple reducing prices on its products/services within days of each other. Apple is generally not known to officially cut prices of its products/services that often. 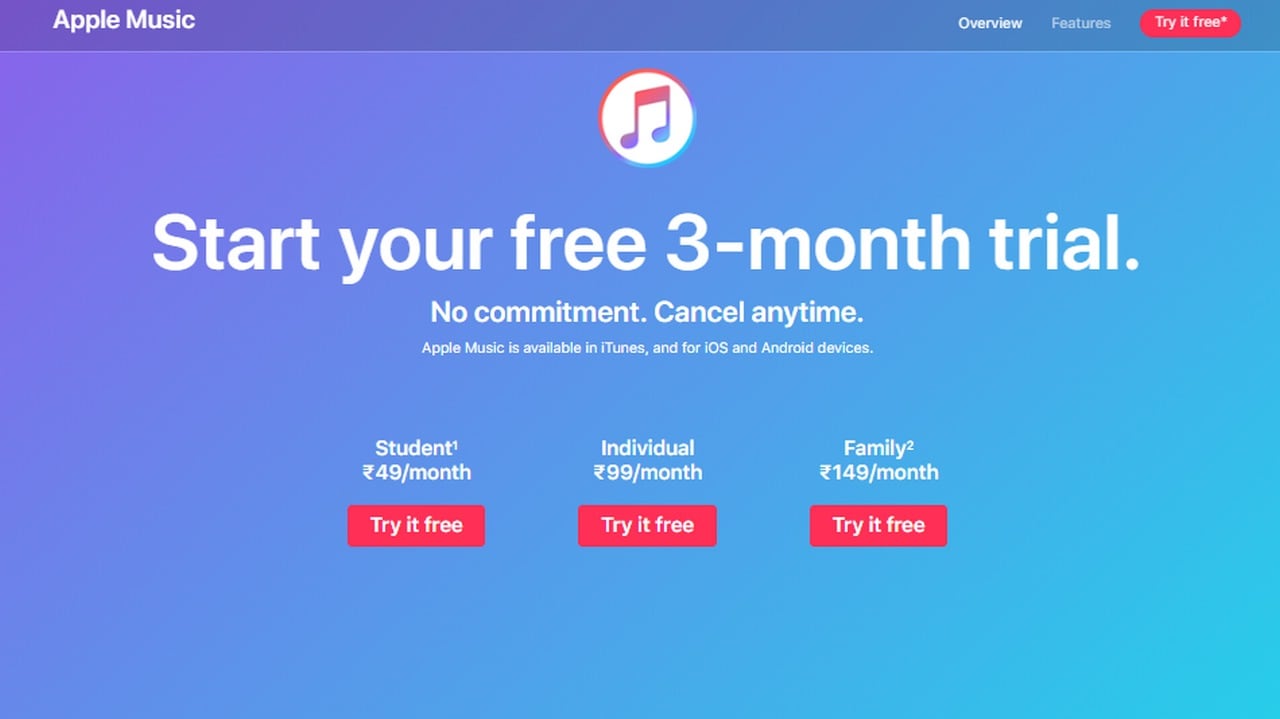 Interestingly, this price cut comes just days after JioSaavn and Gaana cut down the pricing of their subscription plans to compete with Spotify and YouTube Music in the market. Per their revised prices, JioSaavn's year-long subscription now costs only Rs 299, down from Rs 999 per year. Gaana too brought the costs of its premium subscription from Rs 1,198 to Rs 299.

Competing with Apple Music's individual plan is Saavn and Gaana's monthly subscription, which has also been brought down to Rs 99.

Meanwhile, if this price cut has you confused all over again, here's our comparison of all the music streaming services in India. Please note, JioSaavn and Gaana yearly plans have changed:

Disclaimer: JioSaavn is owned by Reliance Industries which also owns Network18, the publisher of Firstpost and tech2