The keyboard, upper panel and battery are all glued together, making repair almost impossible.

After months, and possibly years, of pretending that nothing was wrong, Apple has finally acknowledged that the keyboard on its new MacBooks and MacBook Pros were defective.

Introduced in 2015 with the 12-inch MacBook, Apple’s new Butterfly switch keyboard was meant to offer a great typing experience while maintaining an ultra-slim profile. The holy grail, so to speak, of the laptop keyboard. It fell far short of that ideal.

Sadly, Apple messed up. The keyboard design was comically sensitive to dust, with even the slightest particle causing keys to jam. Rather than admit that something was wrong, Apple offered a hilariously specific tutorial on cleaning out the dust. As per the instructions, you hold the MacBook at a 75-degree angle (not 76, not 77) and then use compressed air to spray the keyboard in a zig-zag pattern from left-to-right (But not right-to-left?). This had to be repeated in various orientations. 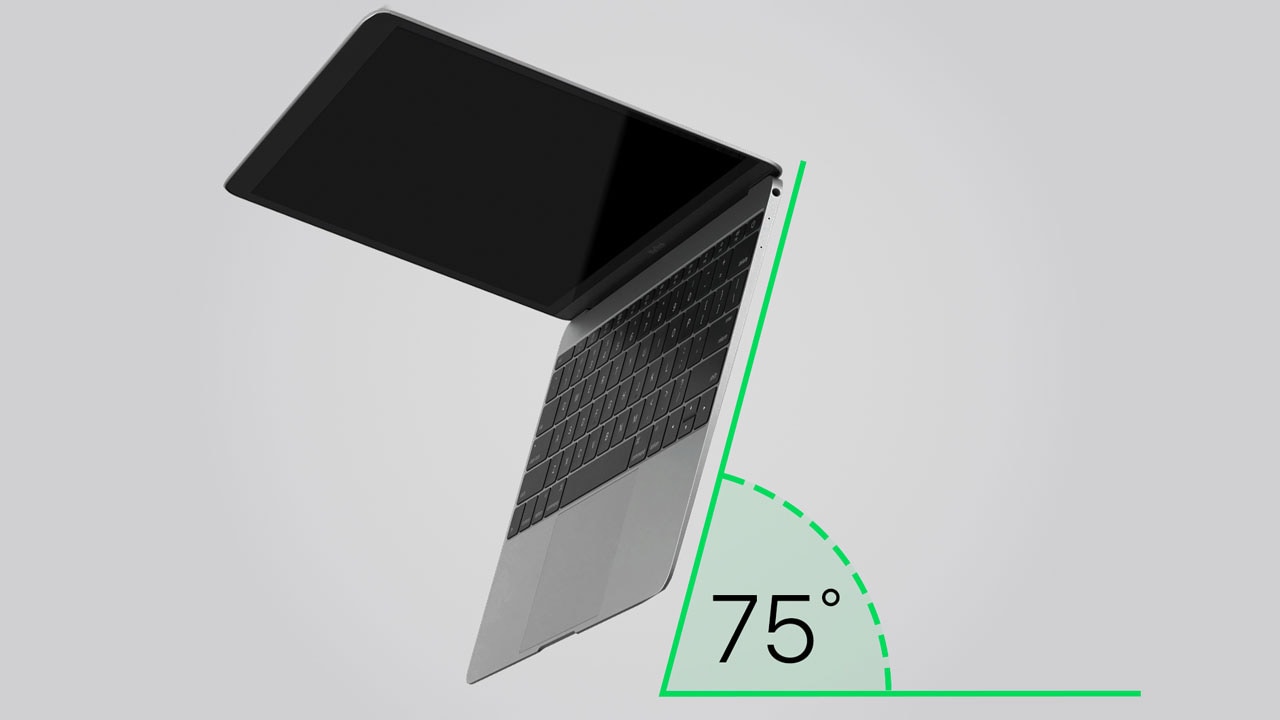 Apple's initial solution to the keyboard issue requires that you hold the device at a 75-degree angle.

If this failed, the only other option was to go to an Apple Store and scheduling a repair, and this is where the real trouble starts.

Apple, in all its wisdom, designed its MacBooks such that the keyboard, the upper panel and the batteries are all glued together. The keys are also so delicate that you can’t easily replace an individual key.

To repair the keyboard, you’d have to get the upper panel of the MacBook replaced, which, if it was out of warranty, could cost you up to $700. In the Windows world, that’s the price of a brand-new laptop.

In 2017, Apple refined the design a bit, but it’s not clear how much of an impact the change had on the keyboard failure rate. Guestimates by “experts” on Reddit and Twitter indicate that up to 20 percent of MacBook users may have been impacted. In either case, it seems likely that several thousand people, if not more, were impacted by the issue. This translates to hundreds of thousands of dollars, potentially millions, in service costs and damages.

Regardless, the number was sufficiently large for several class action lawsuits to be filed against Apple.

On 22 June, Apple finally admitted that the Butterfly switch keyboard was defective and announced an extended support program for all affected devices. Basically, the list includes every single device in the 12-inch MacBook, 13-inch MacBook Pro and 15-inch MacBook Pro family with the keyboard.

Affected devices will be eligible for free keyboard repair and replacement for up to 4 years from the date of retail purchase. Customers who had to pay to get their device serviced will get full refunds.

This warranty program does not extend the warranty of the product and only applies to the keyboard of affected products.

“Apple has determined that a small percentage of the keyboards in certain MacBook and MacBook Pro models may exhibit one or more of the following behaviours: