Apple introduced the butterfly mechanism with its 12-inch MacBook in 2015 as being more responsive and robust than traditional scissor-type components.

A class action lawsuit has been filed against Apple in a federal court in California for allegedly using a flawed keyboard design in its MacBook variants since 2015 and deciding to go ahead with the design despite knowing being aware of the flaw. 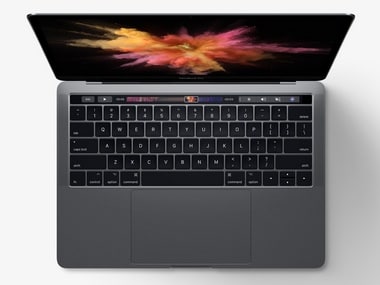 The keyboard on a MacBook Pro with a touch bar. Image: Apple

The complaint included multiple claims of an issue with the design of Apple's butterfly keyboard mechanism included in MacBook variants manufactured since 2015 and on MacBook Pro models since 2016. According to a report by Apple Insider, there were thousands of owners who reported have some kind of an issue with their keyboard.

The suit states that the design of the keyboard is such that it resists very little amounts of debris or dust, which leads to unregistered keystrokes. In several cases, the failure of the keyboard to register keystrokes forced a lot of users to take their laptops in for servicing, which is a very expensive undertaking when out of warranty. The cost of replacing an affected keyboard is in the $700 range, a ridiculous price, but an unavoidable one for Apple customers. Apple chose to design its keyboard in such a way that to replace it, one would also have to replace the upper panel and several attached components.

The suit goes on to cite numerous complaints from users who posted about issues with the butterfly switches online, including those on Apple's own Community Support forums.

Apple introduced the butterfly mechanism with its 12-inch MacBook in 2015 with Phil Schiller advertising the new low-profile switches as both more responsive (four times more) and robust than traditional scissor-type components. The butterfly mechanism switches later made their way into Apple's professional laptop range with the redesigned MacBook Pro in 2016 with a second-generation design. The keyboard was advertised as being more responsive and comfortable than its previous iteration. The second-generation butterfly switches on the Apple MacBook. Image: Apple

According to the report by Apple Insider, Apple has acknowledged the issue a number of times in certain ways but without officially coming clean. Apple also released support documents detailing a method of cleaning the keyboard with a can of compressed air, which users claimed to be quite ineffective.

Affected users now seek damages, legal fees and demands that Apple not only publicly acknowledge the keyboard design flaw, but be ready to repair or replace defective units with reimbursements for those who have had to purchase replacement laptop units.

Apple HomePod smart speaker is now available for purchase in India at Rs 19,900