Apple's Group FaceTime has now been disabled, a software update for iOS and macOS users coming later this week

Apple’s major security flaw wrecked the nerve of several iPhone users yesterday when reports started flooding in on about a Group FaceTime bug that transmitted one user's audio to the other even when the recipient did not pick up the call. But thankfully the Cupertino tech company quickly acknowledged the issue and has now disabled its Group FaceTime feature in iOS and macOS.

According to a report from The Verge, Apple has disabled the feature on the server side and apparently, this has fixed the security flaw for most users. Apple is also penning down to fix this serious bug on the ‘client side’ with a software update for iOS users later this week, as per the report. Notably, Apple’s system status Web page, that lets its users know whether an app or service has any issue or disabled shows Group FaceTime as “temporarily unavailable.” 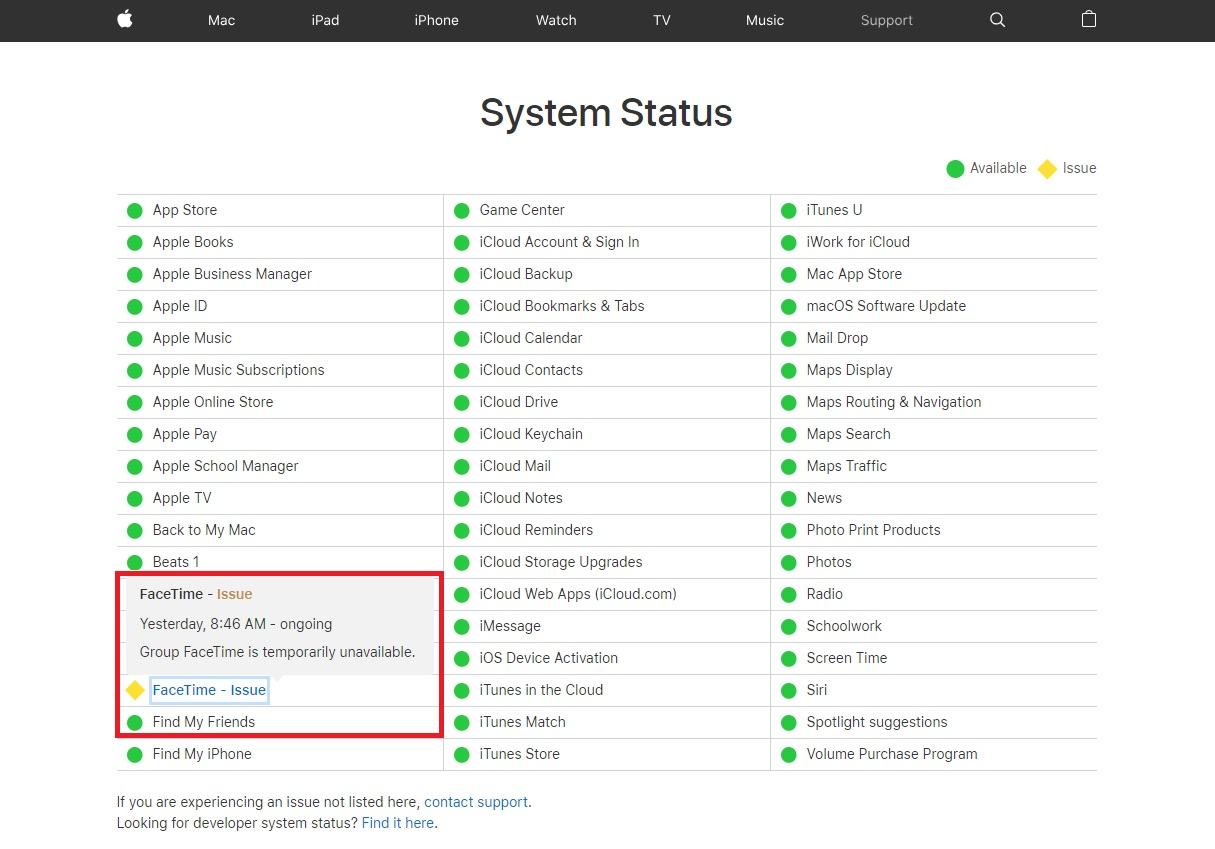 Apple’s FaceTime bug was spotted after a user initiated a FaceTime call with another iOS device, added themselves to the call and created a conference call. The user could hear the audio transmitted by the recipient even when they didn’t pick up the call. The flaw was first revealed by 9to5Mac who tested the bug and noted about the process.

The ‘malfunction’ was reproduced by The Verge and they found that besides the audio, video of a caller could also be broadcast if the recipient hits the power button or the volume controls on their device. “We’re aware of this issue and we have identified a fix that will be released in a software update later this week,” Apple stated to the publication on Tuesday.

While this major security flaw could have led miscreants to listen to someone’s audio and use for malicious activities, it’s noteworthy on Apple’s quick move to address the issue and protect iOS and macOS users ‘worldwide.’ But until the company releases a software update to fix the issue, it’s safe to disable FaceTime from your end. To disable it, all you need to do is open iOS settings, scroll down to the FaceTime app and turn off. For macOS users, they can open the FaceTime app, look for Preferences and then uncheck “Enable this account.”

Apparently, Apple is facing lawsuit over FaceTime eavesdropping bug in Houston. As per Bloomberg’s latest report, a Texas-based lawyer is suing Apple, alleging that the major FaceTime bug allowed an unknown person to listen in on his private conversation with a client.

As per the report, Attorney Larry Williams II in the complaint that he filed in state court in Houston noted that the glitch intrudes on the privacy of "one’s most intimate conversations without consent." The lawyer was reportedly eavesdropped on while taking sworn testimony during a client deposition.

William is seeking unspecified punitive damages on claims of product liability, negligence, warrant breach and misrepresentation. As per the latest reports, Apple did not make any comment on the allegations made in the lawsuit yet.