Google’s latest mobile OS, Android 9.0 Pie, is yet to come to a number of Android devices. But that isn’t stopping the Mountain View company from building the next major OS, Android Q.

While Google usually shares tidbits of its upcoming Android version around May every year during Google I/O, folks at XDA Developers seem to have managed to test an early version of the next major Android OS.

Apparently, XDA Developers received the early Android Q build on Google’s current Pixel model, the Pixel 3 XL. The report shares a glimpse of some of the significant features that Google might be supposedly planning to bring on Android Q.

The foremost visual change is a system-wide dark mode that the report cites to be fully functional. The report says that the mode which can be set by tapping on ‘Set Dark mode’ in Display settings turns Settings, Launcher, Launcher settings and Files app, notifications black. Notably, Android 9.0 Pie has a dark theme option as well, however, it only applies to the notification shade and app launcher.

The report suggests that the Android Q might have a setting to force dark mode even in apps that don’t have a built-in dark mode option. 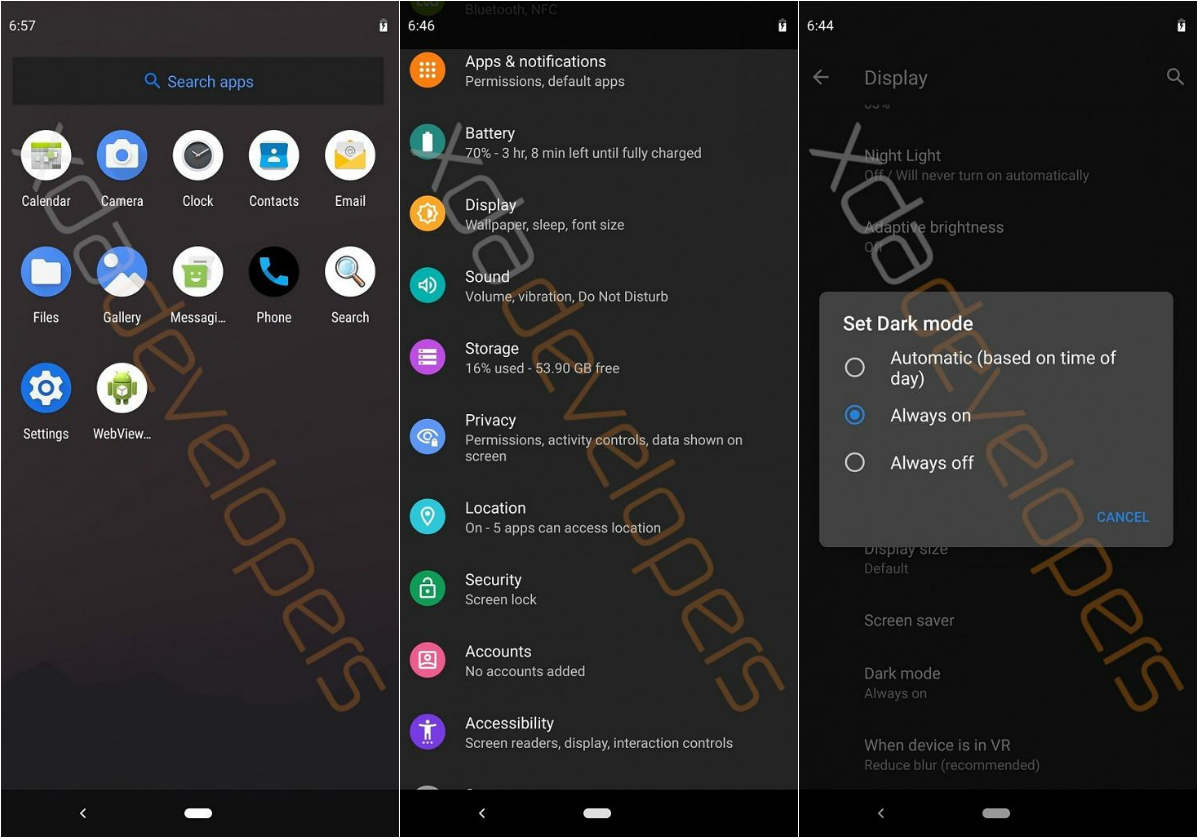 Further, as per the report, a ‘permission revamp’ was found in the Settings app that is said to allow getting an overview of permission access by apps. Google will likely add a new “allow only while the app is in use” permission. To recall, Google implemented strict rules around background apps, camera and even microphone access in ‘recent’ Android releases. With Android Q, Google seems to continue its work on bolstering user privacy.

The app info screen has been overhauled with ‘Material Theme’ elements enabling quick access to open, uninstall or force stop an app.

Besides these major highlights, the report also has screenshots indicating that Google might be working on its own desktop/external display mode quite similar to Samsung DeX.

Among other changes, the report reveals Ambient display moving battery indicator to the top left corner, a developer setting for built-in screen recording.