The bottom frame of Oppo R19 can also seem to have spaces for the 3.5 mm headphone jack, USB-C port.

Even as we approach the end of 2018, rumours about phone launches in early 2019 have already started doing the rounds online. Oppo is one of the companies which is expected to unveil the Oppo R19 and R19 Pro smartphones by Q1 of 2019.

The images of the case render of the phone have been spotted online. Oppo seems to be going in for a refreshed rear camera design as per the report in GizmoChina.

These case renders show the rear to have a long vertical cutout in the back for the camera setup. Also, there is a circular cutout below it which might be for the fingerprint sensor. 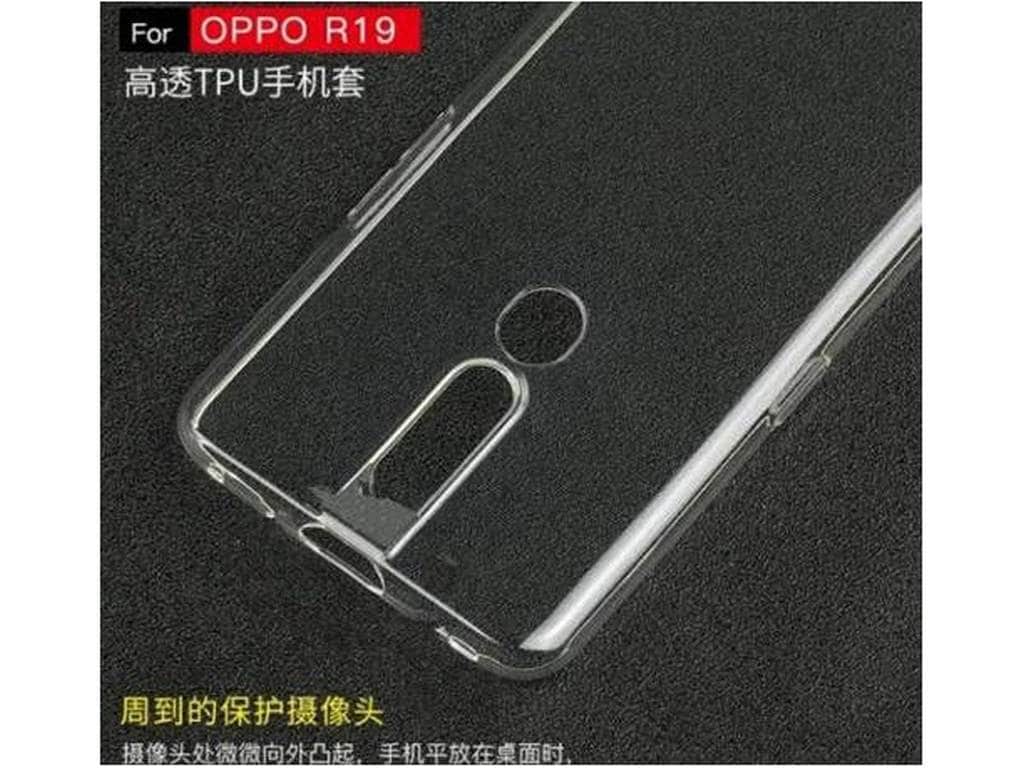 It's weird how the Oppo R19 being the successor of Oppo R17 might sport a fingerprint sensor rather than an in-display screen finger-print sensor which was sported by R17. But them, the round  cut-out could also be for an additional camera.

The volume buttons are placed on the left side of the phone, while the power button seems to be on the right side.

The bottom frame can also seem to have spaces for the 3.5 mm headphone jack, USB-C port and also the speaker grille.

At the top frame also there are three cutouts. As per the report, the middle cutout is assumed for the pop-up selfie camera.

There are no details as such about the specifications of the phone, but as per the previous rumours, Helio P80 is expected to power Oppo's upcoming R19 smartphone.