The difference here between 360-degree photography and a panorama is that the photos can span an entire 360-degree field of view, which is more immersive.

The world of photography was always limited to single flat frames taken one at a time, and viewed one at a time. There weren’t enough advancements to capture really large subjects that span across the FOV of the lens(unless you were using a wide angle lens). Then panorama photography slowly started becoming popular in the 19th Century, thanks to the invention of the Daguerreotype that allows photographers to stitch images together.
Panoramas are now a popular subject thanks to how easy it is to stitch images together, but really, the future is already here in the form of 360 photography. 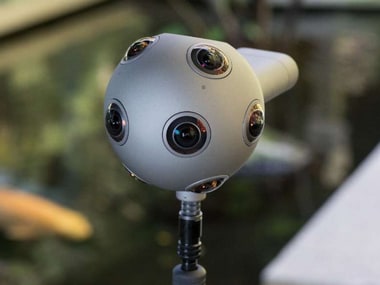 So what is 360-degree photography?

360-degree photography is a method of taking multiple photos and stitching them together to get a much wider view. The difference here between 360 and a panorama is that the photos can span an entire 360-degree FOV(field of view), which is extremely immersive. 360 rose to popularity right around the same time as Virtual Reality did, and the two complement each other: 360 photos and videos are much more immersive to a viewer when viewed with a Virtual Reality headset.

360 Photography is not an entirely new trend: people have been using it to showcase things like properties, locations and the like for quite some time now. But like we mentioned, it only got more popular with the advent of VR, and further rose to popularity with the development of 360-degree cameras that made it easier to capture a scene in 360.

360 is mostly used as a form of entertainment these days, but it also has quite a few real-world applications. However, let’s talk about the entertainment aspect first.
The entertainment industry is now using 360 to let its audience have a whole new experience everywhere. Some of the most viral videos on YouTube this past year were shot in 360. To take one example, Facebook even started implementing the ability to watch 360 videos in their web player, complementing YouTube’s already-popular 360 feature and Google’s PhotoSphere.

But like we said, amusement is no longer the only use case for VR. There have been massive advancements in the way we perceive imaging, which has helped in areas like business, research and could also be implemented in the armed forces.

Real estate is one field where 360 just shines. The ability to showcase potential customers a property right from the internet is a boon to realtors, and they’re making full advantage of it. The fact that you can now see such images in VR makes it an even bigger deal breaker. So how can you get started?

It’s not that hard to get started as a beginner. There are plenty of new and upcoming consumer solutions that don’t require an arm and a leg. In fact, you can use an Android smartphone and Google Photosphere to capture 360 photos and upload them to Google Street View. If you want to take it a step further and get a 360 camera, products like Samsung’s Gear 360 and the Ricoh Theta are relatively inexpensive compared to production-grade cameras like the Nokia Ozo.