On Twitter, you can report a blocked account as well. Here is how you can do it.

Twitter has become a platform where people come to vent their thoughts around politics, environment, social issues, and even their personal problems. Some intentionally, some unintentionally, end up crossing the limit and hurl out abusive, hurtful words to others. And since a few years, Twitter has turned into an infamous platform filled with trolls and abusive accounts.

To battle against such accounts, Twitter provides a reporting tool that anyone can use.

On Twitter, you can report a blocked account as well. Here is how you can do it. 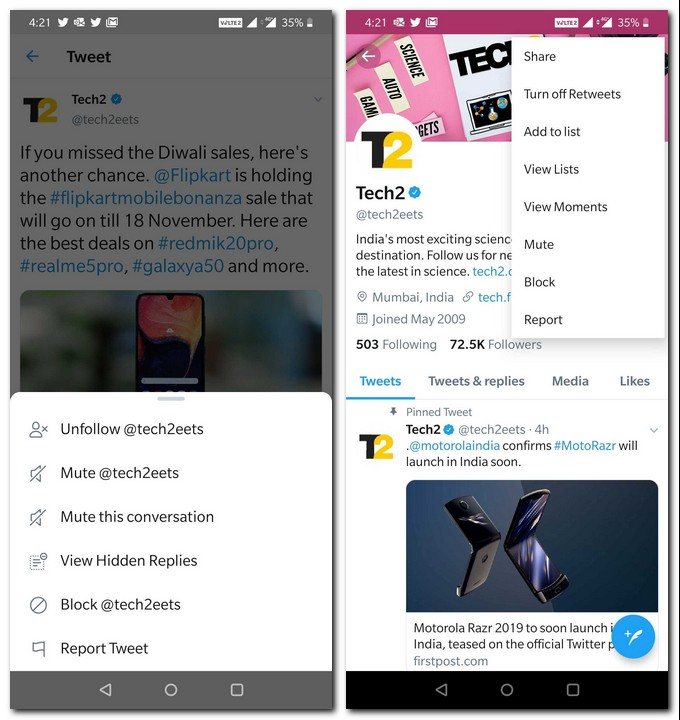 Here is how you can report abusive behaviour on Twitter.

Step 2: Tap on the downward arrow icon on the top right and then select 'Report tweet'

Step 3: Select the appropriate reason that suits the type of abusive or harmful behaviour displayed by the account

The same method can be followed to report accounts. If an account is continuously being abusive, users can directly report the account instead of having to individually report every tweet. To do so, go to the particular account and then tap on the three dots on the top right corner. Tap on 'Report' and then just keep select the appropriate reason and finally submit the report.

(Also read: How to create an account on Mastodon)