If you’re looking for a gaming headset with blinding RGB LED lights and a design that screams ‘gamer’ at you, then Logitech’s newly refreshed G Pro series isn’t for you. However, if audio quality and comfort are your priorities, then read on.

The Logitech G Pro X and G Pro were launched in India towards the end of last year. Nothing much has changed on the inside compared to the previous G Pro. However, it has been given a facelift on the outside. Essentially, the drivers and hardware remain the same but now, inside a new design that is similar to HyperX’s Cloud gaming headset lineup. Or rather the Takstar Pro 80 on which the Cloud series is based on. The only difference between the G Pro X and G Pro is the USB dongle packed with the former. It enables Blue VO!CE software customisation in the Logitech G Hub desktop utility software for the microphone on the G Pro X. And that’s about it. It’s impossible to tell them apart physically.

After spending over a month with the G Pro X, I was impressed with its comfort and audio quality. I used the headset to play games, watch films, listen to music and also pretend to listen to music to ignore people, and all of it worked out quite well for me.

As mentioned earlier, it’s becoming a common design for gaming headsets that started off with the HyperX Cloud series. I’m not saying it’s a problem, and if this design works best for comfort, let this stay. However, the shortcoming with this design is that you don’t get swivelling earcups, making it slightly less portable. The rest of the headset is kept modular with detachable cables and the microphone is detachable as well. In a month’s usage, I didn’t find any part of the headset turn flimsy or show any signs of damage. I carried the headset in the included carry pouch and it seems like Logitech has ensured a high quality of durability in the headset. 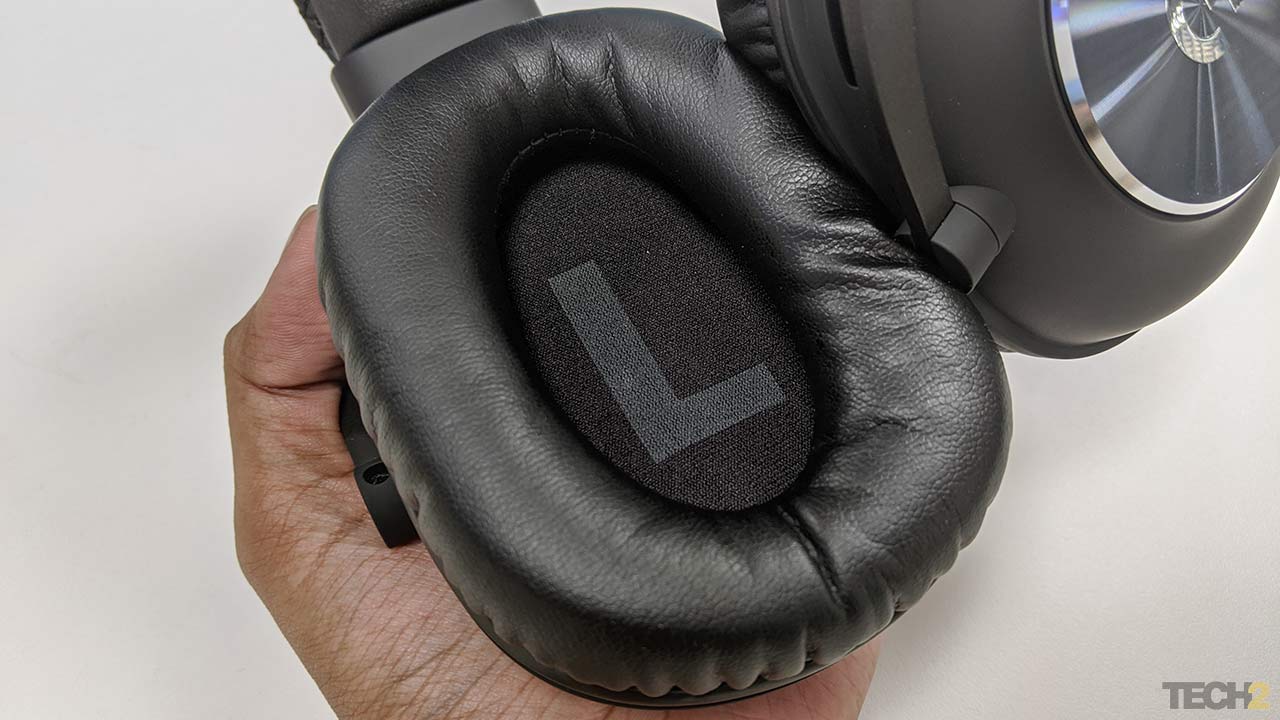 I wanted to see whether the G Pro X was comfortable enough for long gaming sessions. So, over a couple of weekends, I put the headset to test across different single-player games. I played the first five hours of Star Wars Jedi: Fallen Order non-stop and throughout my time, the headset stayed snug over my head. The clamping force wasn’t too much nor was it weak. All the memory foam cushioning in the earpads ensured that I could go longer than that. It may feel a little bulky for some but for most of my time, I didn’t feel the headset over my head. I got enough time to put the headset through different scenarios. For most of my time, I played PC games. From taking entry frags at A-long on Dust II in Counter-Strike: Global Offensive with an AK-47 to slashing down Stormtroopers in Fallen Order with my dual-bladed lightsaber, the G Pro X delivered brilliant audio quality via its 50 mm drivers. Although it doesn’t have punchy bass, sounds of explosions and gunshots still sounded satisfactory. I would have enjoyed some more but that's completely a personal preference. It manages a wide soundstage that makes the games feel more immersive. Matte-finish on the earcups of the Logitech G Pro X. Image: Abhijit Dey/tech2

Its spatial audio performance allowed me to easily pinpoint the location of enemies in FPS games like PlayerUnknown’s Battlegrounds (PUBG). And if you’ve played PUBG, you would know how difficult it can be to locate the position of your opponents, especially when they are above or below you in buildings. So, the G Pro X not only does horizontal audio effectively, it fares well in vertical audio as well. Surround sound enabled by the USB dongle wasn’t impressive. The audio quality actually took a dip and I wouldn’t recommend using that mode. While good-quality audio is essential for single-player games, mics are equally important in multiplayer games. Whether it was over Discord or in-game voice chat, the microphone on the G Pro X is excellent. Not only does it record crystal clear audio, but it also manages to mute out the background noise and add some reverb to your voice in the default setting. At the launch event, I got to try out the headset in a noisy gaming cafe and my recorded voice was clearly audible despite incessant swearing and shouting in the background. In our testing environment, which is basically a quiet office environment, the voice quality was clear without any distortion. I can definitely recommend this microphone to gamers who plan on live streaming games or simply record gameplay with commentary. It's detachable and the mic arm is flexible enough to be adjusted according to your needs. In isolation, the headset offered a brilliant overall audio experience while gaming or listening to music. However, when I compared it to the Audio Technica M40x, I noticed that it did lack some of the lower frequencies. It was much more evident while listening to music or watching movies. But the difference doesn’t really break immersion and the G Pro X still sounds brilliant.

For those unaware, Blue has been synonymous with microphones for a long time and Logitech had acquired the company back in 2018. The G Pro X’s microphone gets the ‘Pro’ tag since it uses the proprietary Blue VO!CE software connected to your PC via the USB dongle. You can configure a plethora of parameters for the microphone inside the Logitech G Hub software. You’ll have to enable the feature first and then more controls will drop-down including presets and advanced controls. The presets are a solid starting point to experience how the microphone can be tweaked. Users can take it to the next level by tinkering with the advanced controls. The G Hub software also lets users fiddle with the equaliser across different presets and default modes including FPS and MOBA. Under the Acoustics menu, users can enable and edit the surround sound. If you have the patience to try and find out the most suitable sound, then go ahead. However, I didn’t enjoy the surround sound experience on the G Pro X. 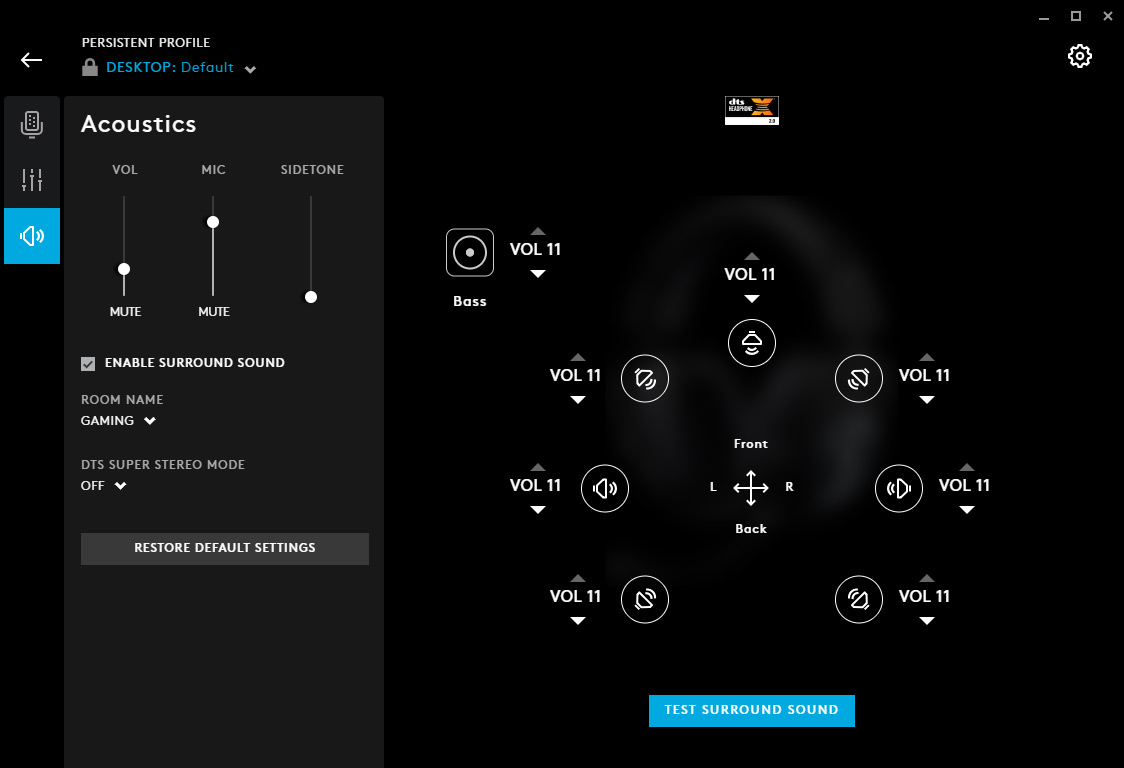 For experiment’s sake, I connected other headphones to the USB dongle. As expected, after playing around with the controls in the G Hub software, it didn’t reproduce the same results as the G Pro X.

Logitech’s collaboration with Blue (although its own company) has clearly worked out in its favour to deliver a high-quality microphone in the G Pro X. While the customisability options in the software give you more control, you can simply use the headset in its default setting during gameplay or livestreaming. It simply offers the user more options rather than having to edit the voice in post-processing. The G Pro is a more affordable option at Rs 9,995, minus the Blue VO!CE software support. From the specifications, it indicates that both mics are the same. However, we can’t confirm that since we haven’t reviewed it. The rest of the features seem to be the same on both headsets.

Priced at Rs 13,995, if you’re looking for a gaming headset for your multiplayer and single-player needs, you can definitely go for the Logitech G Pro X.