'Harry Potter: Hogwarts Mystery' is an AR-ready mobile game that will soon arrive on your smartphone

The new role-playing title will allow players to not only join Hogwarts, it will feature a number of popular characters from the Harry Potter stories.

Back in November 2017, Niantic Labs, a San-Francisco- based software company confirmed that 2018 would see the release of an AR-ready mobile game based on the Harry Potter franchise. A little more than two months later, Warner Bros. Interactive has released a short trailer for its very own Harry Potter game which is also set to release this year. 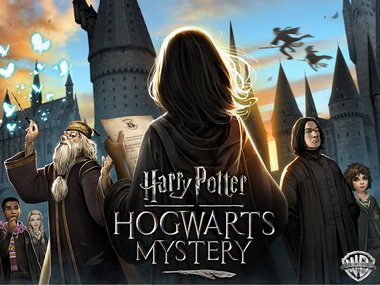 While we don't have a lot to go on, we can see that the game is titled Harry Potter: Hogwarts Mystery, and from what we can gather from the short trailer, the game will allow Potterheads to experience Hogwarts, the wizarding school, in all its glory. The new role-playing title will allow players to join Hogwarts in the 1980s and interact with several popular characters from the series. What that essentially means is that players will be allowed to attend classes, learn spells and also make friends and enemies along the way.

As per a blog post on Pottermore, the game will be a part of a new label called Portkey Games (a reference that Potter fans will surely appreciate) from Warner Bros. Interactive Entertainment. The trailer does not reveal much in terms of gameplay so we do have to wait on that end, but it does state that the game will be available across the Apple App Store, Google Play and the Amazon Appstore when it does launch.

Niantic Games, on the other hand, are working on a Harry Potter game with a different approach. The makers have stated that their version of the game will be similar to that of Pokémon Go, which has been a massive hit since its launch. The details about the game are not known yet, but it will include Niantic's signature Ingress-styled gameplay, where ‘wizards’ will have to explore the world and interact with other ‘wizards’.