The Borderlands franchise has delivered fun RPG games throughout and the latest one has got us excited.

It’s been seven years since the gem that was Borderlands 2 came out and we’re finally getting a sequel, Borderlands 3, by the end of this year. Whether or not I’ll be picking it up this year because of the Epic Games Store exclusivity is a whole other discussion, and I’m not the only one that’s riled up about that. Regardless, I’m glad that we’re at least getting another Borderlands game. 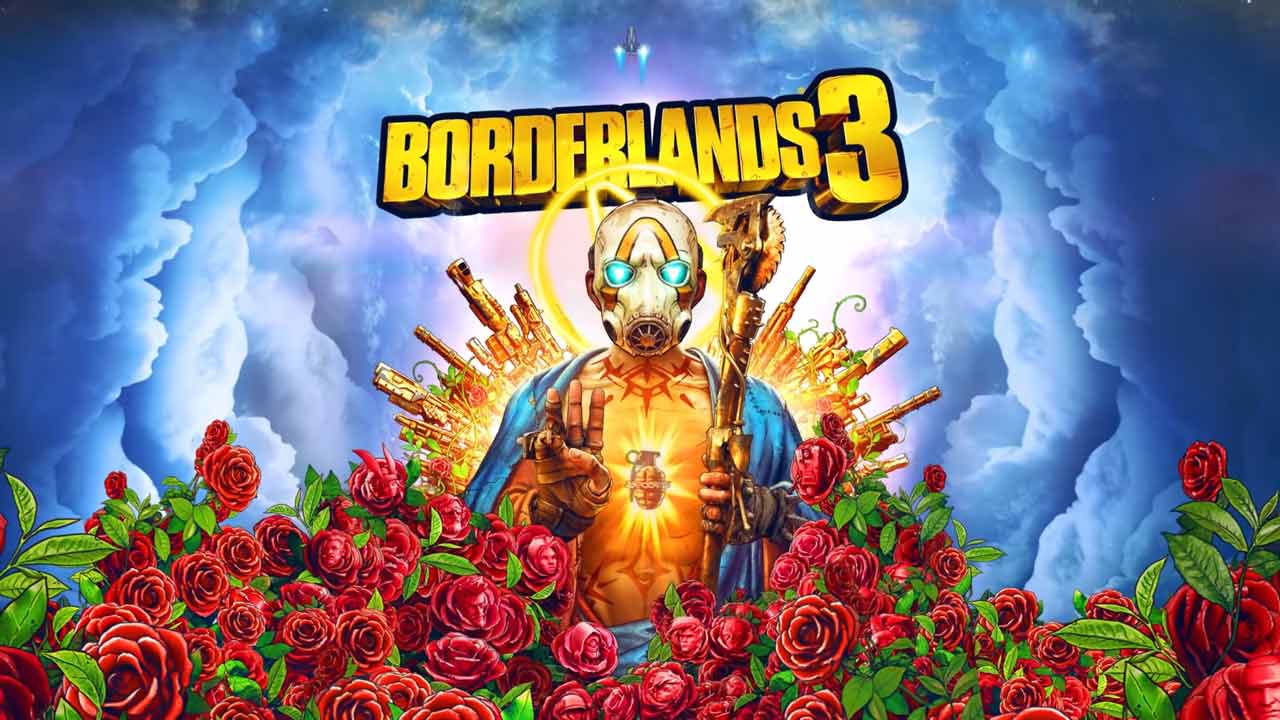 Borderlands 3 on PC, PS4 and Xbox One.

The Borderlands series of games are action role-playing games that are also first-person shooters. It’s an odd combination, but they pull it off swimmingly. The first thing you’ll notice about Borderlands is its aesthetics. It has a very unique, cartoony, comic book style aesthetic to it and understandably, this is enough to turn people off from ever trying the game. I personally really enjoy the Borderlands aesthetic. It makes the franchise stand apart from the plethora of AAA games that push themselves to look as realistic as possible. To me, the over the top aesthetics only further help the game stand out, and in a good way. 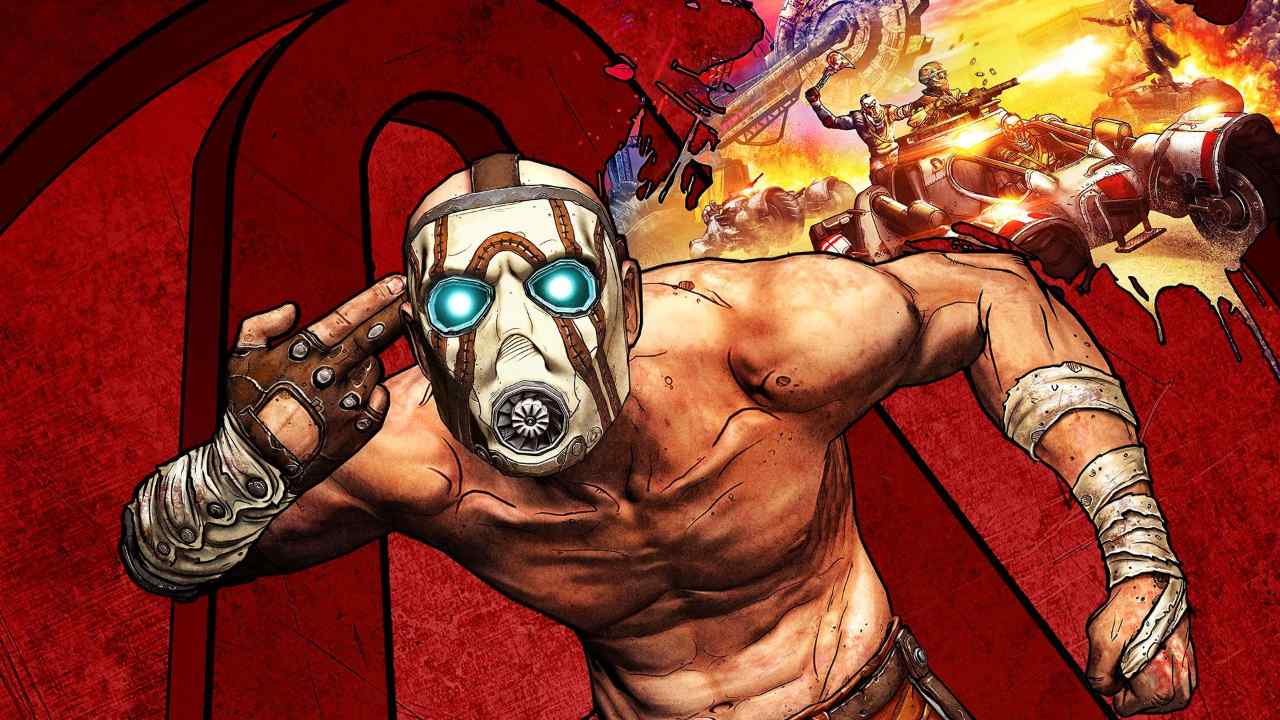 Borderlands: Game of the Year Edition.

The game itself is about vault hunters, which is basically a fancy term for treasure hunters who’ve arrived on the planet Pandora (the setting for the first two games), to look for, well, vaults. While I can’t get enough of Pandora, I’m quite excited for Borderlands 3 because for the first time we’ll be travelling to different worlds. I’ve spent hours exploring and looting on Pandora, if each of these worlds can offer me even a fraction of the fun I had on Pandora, I’ll probably be playing Borderlands 3 till the end of time, but I don’t want to jinx it, so I’ll shut up.

The games so far

There have been three Borderlands games so far. The first one came out in 2009, Borderlands 2 came out just three years later in 2012, and then you had Borderlands: The Pre-Sequel, which came out in 2014. My personal favourite, something probably the majority would pick too, is Borderlands 2. While still a good game, the first Borderlands is comparatively boring. However, if you’re someone who’s keen on backstory and lore and stuff, you might still want to give it a run. If you do, you’re in luck since Gearbox just recently released a Game of the Year edition for Borderlands including all the DLCs.

When Borderlands 2 came out, it took everything good about the first game and made it even better, while getting rid of the boring bits. Everything about the game, from the characters, to the writing, to the plot, it was all amazing. You’ll find people are still playing Borderlands 2 to this day. It’s simply that good. Of course, the game also features one of the best video game villains of all time in Handsome Jack. Borderlands: The Pre-Sequel further expands on Handsome Jack’s story after his immense rise in popularity, thanks to Borderlands 2, it’ll give you a good idea of how things got to where they were in Borderlands 2. While they did attempt to implement new features in the Pre-Sequel, such as combat in low gravity among other things, it simply wasn’t as fun as Borderlands 2.

What made Borderlands 2 so great

I’m a sucker for RPG games, and Borderlands is an RPG, even though the story is linear for the most part, your approaches to any situation are near infinite. Add to that the fact that you’ve got to level and build your character up, I was already sold. Each vault hunter has their own unique special ability and three skill trees to choose from, and each offers plenty of variety in play-style. Additionally, you’re able to reset and change things up for a small price in in-game currency, allowing you to experiment with builds to your heart’s desire.

The characters themselves are also amazing. From the vault hunters to the supporting NPCs, to the villains and even the enemies, the design and voice acting is fantastic. The depth in terms of lore and the way the game’s plot and characters can affect you is surprising. The game doesn’t come across as such on the surface, but it definitely plays with your emotions, and the best part is that it’s unexpected. You’ve buckled up for a wild ride, but you weren’t expecting the feels train. Still a wild ride though.

Then there’s the loot. So. Much. Loot. It’s insane how much loot there is in these games. Even after thousands of hours spent on Borderlands 2, I’m pretty sure I haven’t seen every gun this game has to offer. The sheer variety in the guns is also insane, from weird projectile paths, to bouncing bullets, to guns that shriek at you or make you walk at a snail’s pace and guns that detonate when you reload them, the game’s got it all. If you want guns with legs though, you’ll need to wait for Borderlands 3. Finally, like I said before, people are still playing Borderlands 2. Even though the other two titles in the main series might not have the same replayability value, Borderlands 2’s replayability value is off the charts. The game encourages you to start over after you finish, unlocking new game modes such as ‘True Vault Hunter’ mode and ‘Ultimate Vault Hunter’ mode that increases your level cap and makes the baddies meaner hit harder. It tests your vault hunting skills and pushes your character-building skills to the limit and your quest to strive for the best loot keeps driving you forward.

Additionally, Borderlands also introduced me to some great music. Both Borderlands 1 and 2 have great intro music and of course, the game’s OST itself is kickass.

The Borderlands 3 reveal had me excited about quite a few things. New vault hunters – it’ll be exciting to see the kind of personalities they have. I’m especially curious about the robot FL4K, he’s got a pet skag. CL4P-TP is also there. Who doesn’t love that little robot? Clearly, I have a thing for robots.

I saw a lot of old faces in the trailer too, so it’ll be interesting to see where they are and what they’re doing now in the new Borderlands 3. Then there’s all the worlds you can explore. We’re no longer stuck on just one planet, meaning so much more to explore which in turn means so much more loot. I mean, the trailer said it, over a billion guns, I’m inclined to believe that. Overall, I’m quite excited about what Borderlands 3 has to offer, I only hope the new villains, the twins, can match up to Handsome Jack.

Borderlands 3 comes out as a timely-exclusive on the Epic Games Store on 13 September on PC, PS4 and Xbox One. Developer Gearbox Software will be livestreaming the worldwide gameplay reveal on 1 May on the Borderlands Twitch channel at 10.30 pm IST.

PAX East 2016: Borderlands 3 is in the works, Randy Pitchford

Borderlands 3 has been officially revealed by Gearbox Software