ASUS announced a wide range of lifestyle and gaming products; majority of them set to launch in April. ASUS also showcased the capability of its Aura Sync RGB lighting technology using its gaming lineup connected to a single system. Along with the seamless transition of lighting effects between components, games that support Aura Sync were also displayed. Using this technology, the lighting effects across the components reacted to the situations and actions in the game.

While the launched products will populate the market in the next couple of months, the rest of the lineup will be released later in the year.

The PC components and peripherals manufacturer has forayed into the PC case market for the first time with its own TUF Gaming GT501 case. The mid-tower case supports up to an E-ATX motherboard and comes equipped with a tinted tempered glass side panel. You’ll get three pre-installed 120 mm Aura Sync RGB-illuminated fans and one 140 mm rear PWM fan. To live up to its name, the case has the signature TUF Gaming spatter pattern on the metal front panel. It also comes with two cotton-woven handles to make it easier to carry the rugged case. The ASUS TUF Gaming GT501 case can support up to an E-ATX motherboard.

The exteriors of the case is built well, staying true to its name. However, we are yet to see how the straps hold up with a system built inside it. It uses a two-screw mount system for the tempered glass side panel which is better than the corner mounted four screw system. There's suitable support for cooling solutions including fans and radiators.

The ROG Delta boasts of being the world’s first gaming headset to sport a Hi-Fi grade ESS 9218 quad DAC within the body. It offers multiple connectivity options using its USB Type-C connector along with a Type-C to USB 2.0 adapter so that it can be connected to your PC, gaming consoles and mobile devices. The company says that their exclusive ASUS Essence drivers have been given an update with something called Audio Signal Diversion technology to separate the different frequencies of sound to reproduce clearer audio. That's a lot of fancy words and only a review will confirm if there's any legitimacy to the claims. The headset also features a circular RGB ring on the earcups which is Aura Sync compatible. The ROG Delta packs a Hi-Fi grade quad DAC inside.

With its triangular earcup design, the headset encloses the ears comfortably providing some passive noise cancellation. The clamping force seems to be suitable enough for long gaming sessions but we can only confirm that after testing the headset. Detachable microphones are becoming more common these days and the Delta's mic arm is flexible as well.

The 802.11ax (Wi-Fi 6) standard is more of an enterprise solution. However, this standard has already started making its way into the consumer market through different router manufacturers. ASUS is one of them and AiMesh is a triband mesh Wi-Fi system with support for OFDMA and MU-MIMO standards. ASUS claims that the system enables a more “efficient, stable and faster transmission” in a network with multiple devices transmitting data simultaneously. Capable of giving coverage of up to 5,500 sq. ft., it’s said to be 2.7 times faster than a normal setup of 802.11ac 4x4 routers. The system consists of AiProtection Pro to secure and protect all your connected devices. It follows the gamer-ish monolithic design that ASUS has been using on their gaming routers for a while. The mesh system will definitely be useful for big households where getting good coverage is a challenge for normal wireless routers. The RT AX88U is another networking product from ASUS supporting the new 802.11ax standard. It’s a dual-band router with four detachable antennas and eight LAN ports. The router also comes equipped with AiProtection Pro to prevent malicious attacks to your connected devices. It’s also compatible with ASUS’ AiMesh Wi-Fi systems. One might argue that 802.11ax wireless routers could be an overkill to be used at home but considering the durability on these high-end routers, they'll be a worthy investment for future-proofing your home. The number of connected devices are always rising and after a point, your existing router might not be able to handle all these connections simultaneously while maintaining proper bandwidth. 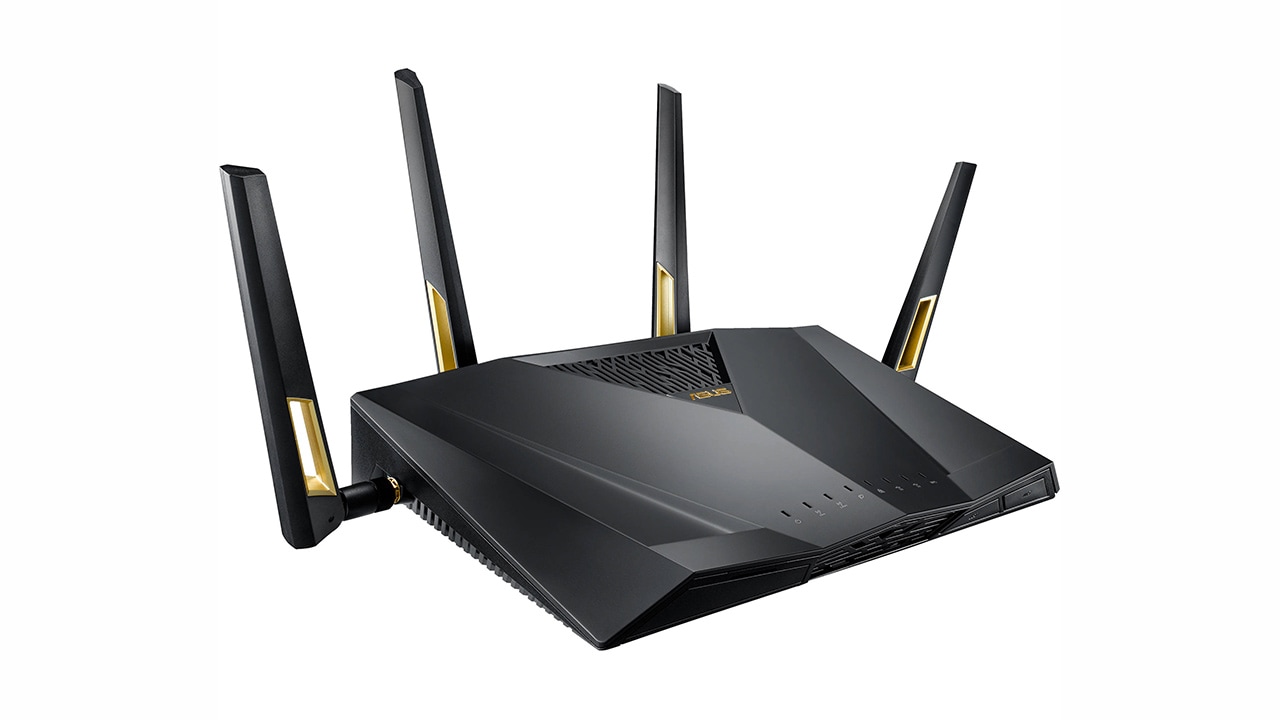 There are eight LAN ports on the ASUS RT AX88U wireless router.

All the four products launched will soon make their way to the markets:

Bhubaneshwar gets 'Republic of Gamers' store from Asus